(Bloomberg) -- If ever there was a bad time to own the biggest developer in the world’s most expensive real estate market, this would be it.

Just ask the Kwoks. The family behind Hong Kong’s largest property empire has seen its fortune shrink by almost $8 billion in the past 12 months, the steepest drop among Asian clans on Bloomberg’s ranking of the world’s wealthiest dynasties.

Battered by Hong Kong’s worst political and economic crises since at least 1997, shares of the Kwoks’ Sun Hung Kai Properties Ltd. are now trading at less than half the value of the company’s net assets — within a hair’s breadth of the most depressed level on record.

The selloff is more than just bad news for Hong Kong’s richest family, which will endure with a diminished net worth of $30 billion; it also reflects a sobering outlook for the city as a whole.

With its portfolio of office towers, hotels, shopping malls and apartment blocks, Sun Hung Kai has more riding on Hong Kong’s success than almost any other company. The stock’s dismal performance — especially at a time of soaring equity valuations globally — points to mounting investor concern that the free-wheeling financial hub’s best days are over as China tightens its grip on the city like never before.

“The long-term value of these assets is tied to Hong Kong and the integration of Hong Kong into China,” said Gilles Hilary, professor at Georgetown University’s McDonough School of Business, referring to the city's developers as a group. “Growth in the future will not be as high as in the past.”

While the Kwoks have repeatedly expressed confidence in Hong Kong and the group’s chairman came out in support of the city’s controversial new national security law, they've also been taking steps to diversify — particularly into mainland China.

Sun Hung Kai, which appointed its first board member from the mainland in August 2019, is building one of its biggest-ever commercial projects in Shanghai and paid $1.9 billion last year for a parcel of land in the coastal city of Hangzhou. The firm’s largest new investment in Hong Kong is also geared toward China: In November, it spent a record $5 billion for land that sits atop a new cross-border railway station.

Sun Hung Kai’s push to increase ties with the mainland is understandable given the challenges in Hong Kong, but it’s far from a surefire strategy, said Jackson Wong, asset-management director at Amber Hill Capital Ltd. in Hong Kong. The city’s developers have long struggled to generate outsized returns in China, in part because they lack the “guanxi,” or personal relationships, that often underpin business success on the mainland, Wong said. 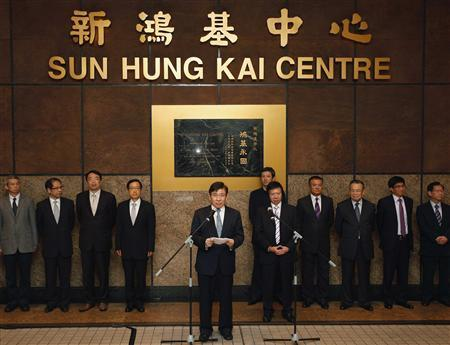 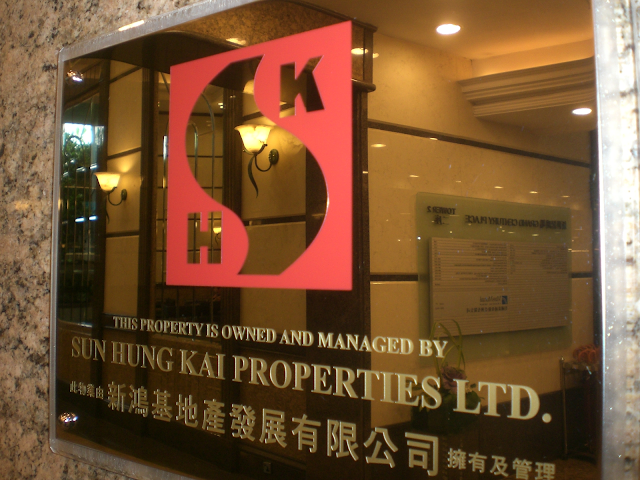 In an emailed response to questions from Bloomberg News, Sun Hung Kai said it remains focused on Hong Kong and plays a key part in supporting the city's role as a financial center. “The Group would maintain its strong focus on Hong Kong in the future as it has full confidence in the One Country, Two Systems principle,” Sun Hung Kai said. The company has about 80% of its assets in the city and the remainder on the mainland.

The Kwoks have a history of defying skeptics. When the Asian financial crisis and SARS plunged Hong Kong into one of its worst-ever property bear markets from 1998 to 2003, the family invested heavily to build the International Finance Centre, noted Philip Zhong, an analyst at Morningstar Inc. The office and mall complex in the city’s Central business district is now one of Sun Hung Kai’s most iconic properties, commanding some of the highest rents worldwide.

With trophy assets, plenty of cash and more than 129 million square feet of land between Hong Kong and mainland China — an area about one-fifth the size of Manhattan — the Kwoks can weather a property-market slump, said Joseph Fan, a finance professor at Chinese University of Hong Kong. “The family and the group are financially sound, enabling them to endure a long and cold winter,” he said. “Having deep pockets helps.”

Meanwhile, Sun Hung Kai’s stock could become a tempting target for bargain hunters. Anyone who bought when the company’s valuation last sank this low in August 1998 would have more than tripled their money in two years, data compiled by Bloomberg show.

That said, there are plenty of reasons to doubt a similar recovery this time around.In the short term, Hong Kong is still grappling with the economic fallout from anti-government protests and a resurgent coronavirus. The city is mired in its deepest recession on record, office vacancy rates are the worst in 15 years, shopping-mall rents are plunging and home prices have slipped from all-time highs.

Even if some of those headwinds fade, the longer-term risk for the Kwoks is that China’s increasingly assertive role in Hong Kong erodes the city’s appeal as a financial and commercial hub.

A majority of U.S. businesses surveyed by the American Chamber of Commerce in July said they were worried about the new security law, with nearly one-third saying they would consider moving assets, capital or operations out of Hong Kong in the medium-to-long run. A related concern is the threat of American sanctions on Hong Kong after Donald Trump’s administration began rolling back the city’s special trading privileges — part of its effort to punish China for undermining the former British colony’s autonomy.

Declining business confidence could put pressure on the city’s commercial rents, even if demand from mainland Chinese companies increases. A similar dynamic also risks playing out in the residential market as more Hongkongers and expatriates move overseas, according to Patrick Wong, an analyst at Bloomberg Intelligence.

The Kwoks will have to cope with all of this while navigating some unusually complex succession issues.

Raymond Kwok, 67, the youngest of three second-generation brothers, has been chairman of Sun Hung Kai since December 2011. Analysts don't expect that to change anytime soon, but uncertainty around the company's next generation of leaders has increased in recent years. Raymond's brother Walter died in 2018, passing his stakes in Sun Hung Kai to two children. Thomas, the third brother, recently returned to a company subsidiary after serving time in jail on a corruption sentence.

While several third-generation Kwoks have important roles at Sun Hung Kai, it's unclear whether any have emerged as contenders for the top job. Thomas's son Adam runs the company's property business in southern China, while Walter's son Geoffrey manages the hotel division. Raymond's eldest son, Edward, is his alternate director; and younger Christopher oversees sales, project management and leasing of residential and commercial properties.

The Kwoks have a mixed track record when it comes to corporate governance, notes Fan, the professor at Chinese University of Hong Kong. In 2008, for example, a family feud roiled the company and led to Walter's ouster as Sun Hung Kai's chairman.

“It remains to be seen whether the third generation is capable of dealing with the many challenges ahead,” Fan said.

Thomas Kwok sentenced to 5 years in prison for corruption 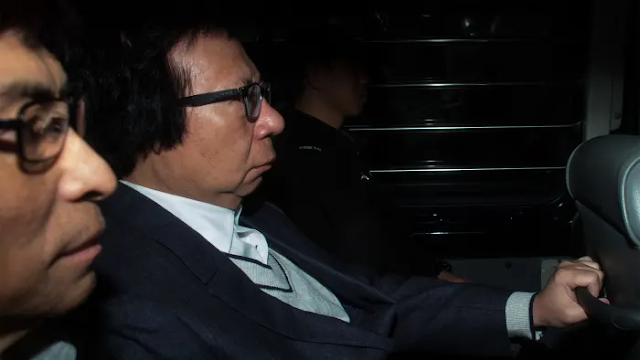 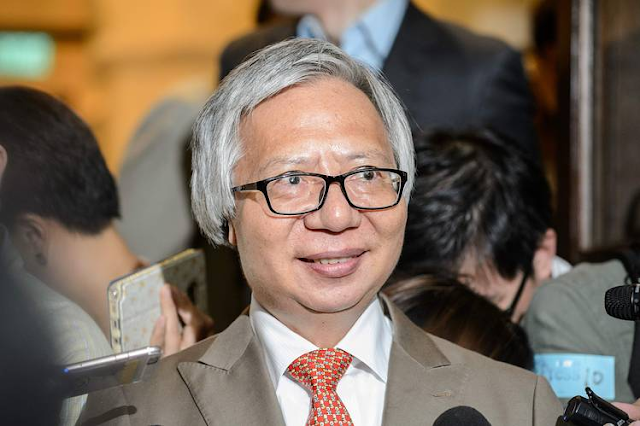 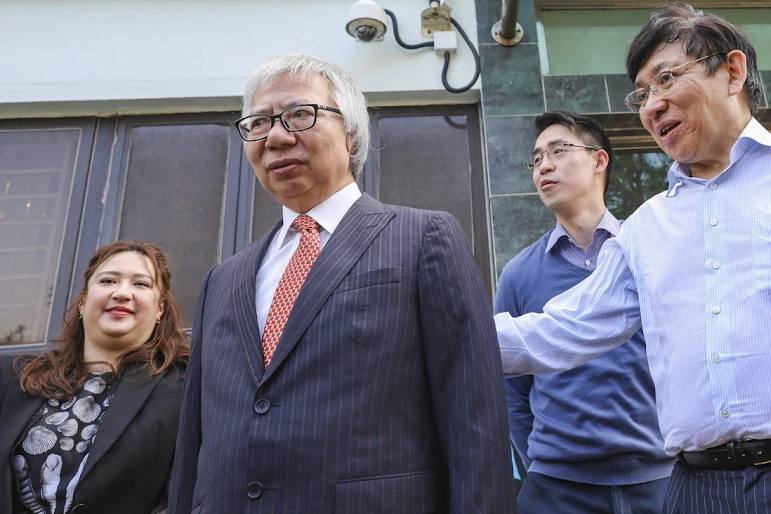