Outsourcing The Production Of Virtually EVERYTHING Has Brought Us To The Brink Of A Nightmare Scenario For The U.S. Economy

Outsourcing The Production Of Virtually EVERYTHING Has Brought Us To The Brink Of A Nightmare Scenario For The U.S. Economy

Many of the imbalances that are contributing to the nightmarish shortages that we are currently witnessing are not going to be solved any time soon. Ever since I started The Economic Collapse Blog, I have been warning that outsourcing the production of just about everything and running massive trade deficits year after year would eventually have very serious consequences down the road. Well, now we are officially “down the road”, and our incredibly foolish trade policies have put us in a very precarious position. During the “good times”, being extremely dependent on the rest of the world to make stuff for us wasn’t a problem, but now it is rapidly becoming a national security issue.

For example, without a steady flow of computer chips, our society as it is formulated today simply could not function. We need computer chips for our vehicles, for the trucks that transport all of our goods, for the farm equipment that produces our food, for the extremely sophisticated equipment in our hospitals and for the millions upon millions of electronic devices that connect to the Internet.

The global chip shortage has been a very painful reminder of how exceedingly dependent we have become on technology, and it has also shown us how unwise it was to outsource production of most of our chips to Asia.

Back in 1990, the United States produced 37 percent of all computer chips in the world.

Today, that number has fallen to just 12 percent.

Business leaders are now pledging to start ramping up production here in the U.S., but that will take an extended period of time, and Intel’s CEO is openly admitting that the current shortage of chips could take “several years” to be resolved…

Intel Corp’s (INTC.O) CEO said on Monday it could take several years for a global shortage of semiconductors to be resolved, a problem that has shuttered some auto production lines and is also being felt in other areas, including consumer electronics.

Sadly, there are many other industries where our outsourcing makes us extremely vulnerable.

Did you know that 60 percent of all apple juice that is sold in this country now comes from China?… 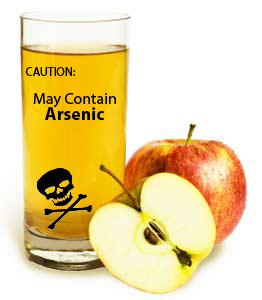 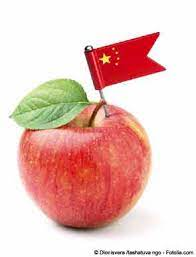 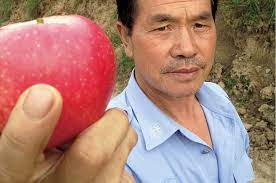 There is no reason why we can’t make our own apple juice. In fact, weather conditions are ideal for apple growing in much of the nation.

And how hard can it be to gather apples and squeeze the juice out of them? We should be able to do that here.

But during the “good times”, big corporations discovered that they could make a little bit more profit by outsourcing to China, and so that is what they did.

Over the decades, big corporations have come to dominate food production in America, and this has pushed small family farmers to the brink of extinction…

The design of this framework benefits only the largest farmers who have the resources to produce these commodities at scale. For family farmers, the impact has been devastating. The share of each dollar spent on food that winds up in the hands of farmers has fallen from 53 cents in 1946 to 14 cents today, the lowest level ever recorded. Diversified family farms raising a variety of crops and livestock have been replaced by large industrial operations exclusively growing commodities like corn and soy at scale.

This grimness has caused countless family farms to throw in the towel. Since 1980, America has lost 50 percent of its cattle farms, 80 percent of its dairies, and 90 percent of its hog farms. As Benson and Butz threatened, farmers were forced to choose between getting big or getting out. The average size of a farm nearly doubled from 650 acres in 1987 to 1,201 acres in 2012.

As long as relations with China are good, we will be able to get the apple juice, salmon and other food products that we need from them.

However, if relations with China get really sour, all of a sudden there will be a whole bunch of basic things that will be in short supply and that we won’t be able to make for ourselves.

Speaking of China, there is a very serious shortage of shipping containers right now. And one factor that is making it worse is that we buy far more from China than they buy from us. So empty shipping containers are stacking up on our side of the Pacific Ocean because there is not enough commercial traffic going back the other way. 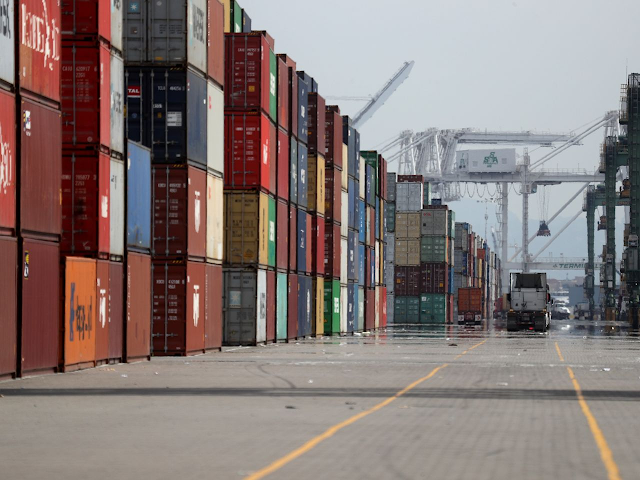 Sometimes empty shipping containers are shipped back to foreign ports without anything in them, but this is exceedingly wasteful…

Another shortage that is weighing heavily on the U.S. economy is the worker shortage. Even though employment is still way, way below pre-pandemic levels, millions of Americans have decided that they simply do not want to go back to work because of the generous government benefits that they are now bringing in.

As a result, we are now facing a serious worker shortage, and the U.S. Chamber of Commerce says that it is “getting worse by the day”…

“The worker shortage is real — and it’s getting worse by the day,” US Chamber of Commerce President and CEO Suzanne Clark said.

Most big corporations can easily pay more to bring in new workers, but many small businesses that are barely scraping by cannot afford to shell out higher wages. Along with other factors such as widespread shortages and higher commodity prices, this is creating a “perfect storm” that threatens to force many more small businesses to shut their doors. In fact, one recent survey found that 35 percent of all small businesses in America are “at risk of closing permanently by the end of the summer”…

As small businesses complain that it has never been harder for them to hire workers according to a recent NFIB survey, many are facing growing pressure to survive. As the American economy continues to reopen, some fear it might not happen soon enough to save thousands of small businesses. Data from Alignable’s June Revenue Poll shows that 35% of all small business owners are still at risk of closing permanently by the end of the summer.

Among the 3,772 small business owners in the 10 days ended June 1, Alignable’s June Revenue Poll showed a myriad of factors – including the remaining closures and restrictions, growing inflationary pressures on prices, rising gas and transportation prices and labor shortages – are creating problems that affect small businesses more intensely than their corporate partners.

The U.S. economy has proven to be quite resilient, but the extreme imbalances that we are witnessing now threaten to cause immense damage in the months ahead, and they won’t be solved any time soon. In fact, I believe that our economic challenges will soon escalate dramatically.

Before I end this article, I want to take a moment to acknowledge the passing of Robert Wenzel. He was an important voice for liberty, and I always enjoyed his commentary on The Economic Policy Journal.

So many people have been dying lately. Robert was only 63, and he will be missed.

It has been said that life is like a coin. You can spend it any way that you want, but you can only spend it once.

Be sure to spend your life on something that really matters.