Demonstrators protest against the planned construction of a Chinese university campus in Budapest, on June 5, 2021.

Thousands of Hungarians, some of them holding banners declaring "treason," protested on Saturday against a Chinese university's plans to open a campus in Budapest.

Liberal opponents of nationalist Prime Minister Viktor Orban accuse him of cosying up to the Chinese government, and fear the campus could undercut the quality of higher education and help Beijing increase its influence in Hungary and the European Union.
"I do not agree with our country's strengthening feudal relationship with China," Patrik, a 22-year-old student who declined to give his full name, told Reuters at the protest in the Hungarian capital.
He said funds should be used "to improve our own universities instead of building a Chinese one."
The government signed an agreement with Shanghai-based Fudan University in April to build a campus at a site in Budapest where a dormitory village for Hungarian students had previously been planned. 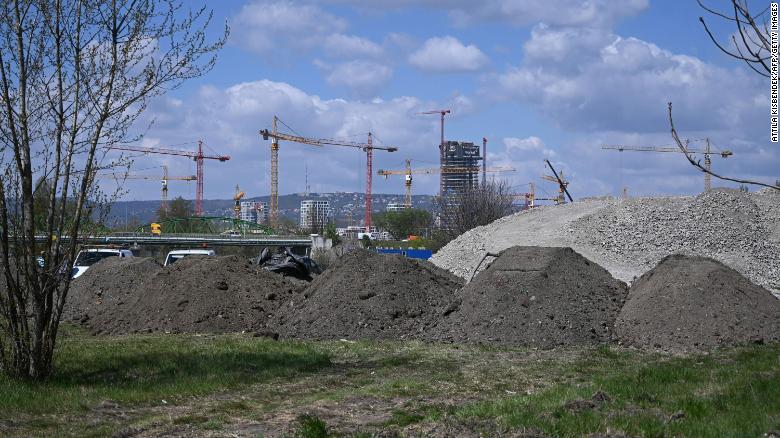 The Fudan campus is planned for construction at this site in Budapest, Hungary, seen on April 23, 2021.
The government has said Fudan is a world-class institution and the campus would "allow students to learn from the best."
Hungary's MTI news agency quoted Tamas Schanda, a deputy government minister, as saying Saturday's protest was unnecessary. He also dismissed "political hysteria" based on unfounded gossip and media reports.
Opposition politicians and economists have criticized what they say will be the high costs of the project and a lack of transparency.
"Fidesz is selling out wholesale the housing of Hungarian students, and their future, just so it can bring the elite university of China's dictatorship into the country," the organizers of Saturday's protest said on Facebook, referring to Orban's ruling right-wing party.
Budapest's mayor, Gergely Karacsony, has publicly opposed the plan. As an act of protest, the mayor announced Wednesday that streets near the planned campus would be renamed after prominent human rights causes sensitive to the Chinese government.
One street will be named after the Dalai Lama, the exiled spiritual leader of Tibet, while another will be called "Uyghur Martyrs' Road" after the mainly Muslim ethnic group that Washington and other capitals say has been victim of a Chinese genocide.
Two other streets will be named in honor of Hong Kong pro-democracy protesters and a Catholic bishop who was jailed in China. 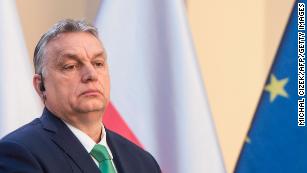 Democracy in danger as pandemic spreads 02:35
Beijing said this week "a few Hungarian politicians" were trying to grab attention and obstruct cooperation between China and Hungary.
"This behavior is contemptible," said Wang Wenbin, China's foreign ministry spokesman.
Orban has built cordial ties with China, Russia and other illiberal governments, while locking horns with Western allies by curbing the independence of scientific research, the judiciary and media.
The Hungarian leader was criticized Friday by a senior German diplomat for blocking an EU statement that would have condemned Beijing's crackdown on civil liberties in Hong Kong.
"Hungary again blocked an EU statement on Hong Kong. Three weeks ago it was on Middle East. Common foreign and security policy cannot work on the basis of a blocking policy," German Foreign Office State Secretary Miguel Berger wrote on Twitter.
Orban faces a unified opposition at home for the first time since assuming power in 2010 before a parliamentary election due in 2022.
Posted by Conan Doyle at 11:22 AM