An Odyssey of Ecological Invasion: Invasive Species Challenges and Collaboration Globally and Between the U.S. & China

An Odyssey of Ecological Invasion: Invasive Species Challenges and Collaboration Globally and Between the U.S. & China

One major aspect of globalization has been the mobility of people, products, diseases, and information, as well as (often unwelcome) plant and animal species. At this China Environment Forum meeting, speakers examine the issue of invasive species from the global perspective and how the U.S. and China are working together to address this problem.

One major aspect of globalization has been the mobility of people, products, diseases, and information, as well as (often unwelcome) plant and animal species. At this China Environment Forum meeting, speakers examined the issue of invasive species from the global perspective and how the U.S is working  to address this problem.

Alan Burdick began the talk citing examples from his recently published book, Out of Eden: An Odyssey of Ecological Invasion , on the global trend of creatures and plants that hitchhike in ships' ballast water or in airplane tires and cargo holds to find their way into new countries where some wreak havoc on the ecosystem. Zebra Mussels, Periwinkle Snails, Snakehead Fish are but a handful of the growing number of invasives causing damage to their new homes. Mr. Burdick highlighted how the spread of invasive species represents the number two threat to ecological diversity in the world, just after habitat loss. 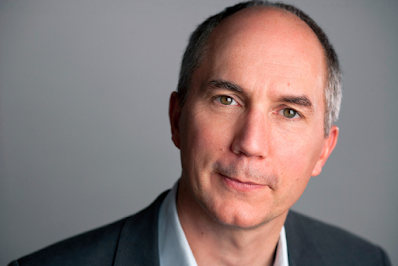 Mr. Burdick noted that examining the movements and expansion of invasive species offers a "window to our own very complicated relationship with nature." While humans have unwittingly helped transport invasive species, most have been intentionally introduced. Human movements around the world have given many species a chance to thrive and  even take over an ecosystem where there are no natural predators.

Rivers and lakes on the eastern coast of the United States are facing a serious threat from the Snakehead Fish, which originates from China. This fish is often used in traditional Chinese medicine and experts speculate that they are intentionally introduced it to rivers in the United States so they could breed. Snakeheads breed rapidly and have a voracious appetite—once they empty a pond or lake they can even walk on their fins to find a new "buffet" body of water.

While invasive species such as the Snakehead Fish have only recently begun to make headline news in the United States, this species invasion has been going on. Thus, what we often consider pristine areas with only native species are actually areas full of invasive species that came  much further back in reality. The rate of species invasion has been rapidly increasing as trade and human movement have sped up over the past century. This growing invasion is turning the world into a biologically homogenous one, which is one reason some experts believe invasive species should be eradicated before they establish themselves in our   natural native ecosystem. 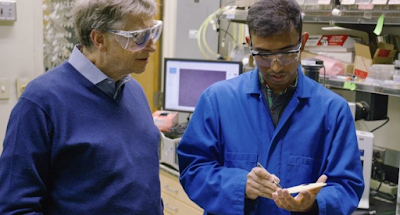 The U.S. Forestry Service spends about $90 million on pest management domestically, most of which focuses on controlling invasive species.  The two countries are collaborating mainly in technical areas (e.g., strategies for pest control, as well as identifying and testing possible predators and pathogens of invasives) and non regulatory issues. The US pays most of the funds for research and action against the introduced species that are affecting it. Within this area  both sides emphasize enforcing scientific intellectual property rights.

The United States recently created a National Invasive Species Council, which is an interdepartmental federal organization that aims to bring the departments of agriculture, interior, and commerce together to share best practices to prevent entry and spread of invasive species.

Mr. Mann stressed that invasive species are able to decimate local species because local species have no defenses against them and there are often no predators or pathogens that prey on them. Finding such predators and pathogens from their native country and effectively and safely utilizing them to combat an invasive species is the preferred method of control over chemical methods. However, these biological methods can take a very long time to for the scientists find and test, as they do not wish to inadvertently introduce another invasive species in the process.

There is no way to predict which species will invade where when, the U.S. Forestry Service conducts supporting activities with the goal of gathering as much information as possible on native species of different countries (particular those in China) so future reactions to invasives will be much faster. The U.S. Forest Service is also working with the U.N. Food and Agriculture Organization to create a network among forestry agencies around the world to share information on invasive species for prevention, detection, control and eradication of forest invasions. As part of this project, twenty countries held a conference in Kunming to promote exchange among scientists who are active in combating invasive species. Plans for other species-specific meetings are underway and the Forest Service is developing a prototype database of invasive species.

Michael Lusk, the National Invasive Species Coordinator for the National Wildlife Refuge System (NWRS), expressed his concern about invasive species because they often out compete native species leading to global monoculture. They are difficult to fight because such species often gradually take over an area and it is challenging to motivate government agencies and citizens to take action against them. As Dr. Lusk shared a slide of a huge nature reserve taken over by a yellow flowering plant he noted that while wild fires prompt immediate action, few people are likely to become riled up about a field of pretty yellow flowers, no matter what beauty they replaced.

The NWRS, started by Teddy Roosevelt in March 1903, has over 45 refuges in the United States. Its mission is to manage and conserve fish, wildlife, and plant resources and their habitats for the American public. Currently the refuge system is under serious threat with eight million acres of refuge land already infested by invasive species—two million acres with plants and six million with animals. Within this area of infested land there are 715 invasive species—208 animal and 507 plant species, which poses a major challenge to eradication, since it usually takes three to five years to develop bio-controls for each invasive. Of major concern is the fact that refuges containing the highest number of threatened native species also contain the highest number of invasive species. Although refuge staff have agreed unanimously that invasive species are the number one threat to the refuge system, they lack the financial resources to even begin addressing the problem. For example, last year the Refuge Operation Needs budget funded $6 million in projects to address invasive species, but $260 million for other needed projects remained unfunded. Thus, only a small number of refuge acres are treated.

Despite the dismal statistics on invasives, Lusk believes there exists some hope for combating invasive species within the refuge system in the form of (1) improving strategic planning, (2) increasing staff that specialize in invasives, (3) expanding outreach to get the public involved as volunteers helping to track and control invasives in the refuges, (4) setting up "inreach" programs to promote native plant gardens on government and park lands, (5) establishing strike teams to combat outbreaks of invasives like firefighters. All of these strategies are currently being applied on a small scale within the NWRS and will need to be expanded. Mr. Lusk felt that these innovations in the refuge system to address the growing invasives problems could provide useful examples for Chinese forest and nature reserve managers to study.