China has breached its neighbours' trust 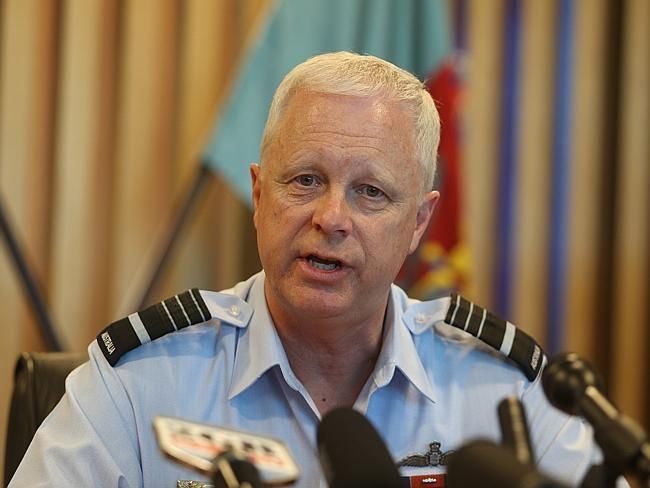 Defence chief Mark Binskin says Beijing’s broken promise not to militarise the South China Sea means it has squandered the trust of its neighbours and undermined its aspirations to regional leadership.
In his final interview before he hands over command of the 80,000-strong Australian Defence Force, Air Chief Marshal Binskin also urged countries such as China that are moving into the South Pacific: “Don’t destabilise the region.”
The candid set of remarks by the top military commander follow a four-year stint at the helm during which Beijing has settled into a more forceful posture towards the region and strategic scholars overwhelmingly feel global stability has deteriorated.


The outgoing chief of the Australian Defence Force, Air Chief Marshal Mark Binskin, at the Australian War Memorial on Thursday.
Asked about China’s trajectory since he took over in 2014, Air Chief Marshal Binskin agreed “it has changed” and cited the “very, very concerning” militarisation of features as well as “the influence of some nations starting to come down into the south west Pacific”.

Chinese President Xi Jinping said during a 2015 visit to Washington that his country had “no intention to militarise” the artificial islands it had built in the strategically important South China Sea.
that his country had “no intention to militarise” the artificial islands it had built in the strategically important South China Sea.
Air Chief Marshal Binskin dismissed Beijing’s claims that its placement of weapons on built-up features in the Paracel and Spratly archipelagoes were purely defensive and said other countries around those waters were entitled to stand up for their legal and territorial rights.
“I don’t think there is trust there … because [according to] all the reports that you see, they are militarising,” he said. “They’ll put a spin on that and say it’s only for defensive reasons. But ... if you didn’t build an island, you wouldn’t need to defend it. If there are weapons on those islands, they are militarised.”
Asked what the militarisation was for, he said: “I think that they are looking to expand into there and I think it is quite obvious what their approach is.”
While not naming China, Air Chief Marshal Binskin said, “if you want to be a leader in a region, then you’ve got to be able to be trusted in your actions”.
He said Australia was helping through regular visits to the region to bolster other countries’ confidence and capacity to push back against territorial assertiveness.
“So if there is someone that starts to step into the area and quite firmly operate outside the rules-based order, [other countries have] got the confidence to be able to say, ‘No this is our territory and we’re looking to protect it’,” he said.
On the South Pacific, Air Chief Marshal Binskin said Australia welcomed investment from other nations provided it was transparent.
China has become increasingly involved in Australia’s near neighbourhood. Air Chief Marshal Binskin stressed he was not singling out any country but said countries had no reason to establish a military presence in the region.
“If you’re looking to guarantee food security, warships are not the way to do that. You are better off working as part of the community, help the communities grow their ability to be able to provide food, make sure that fishing is sustainable in the waters,” he said.
“Don’t destabilise the region ... You will have a better chance of guaranteeing food security and all that rather than some of the other ways that might be more destabilising.”
Air Chief Marshal Binskin hands over command of the ADF on Friday to General Angus Campbell after a tumultuous period in which 27,000 ADF personnel have deployed on more than 30 operations.
The period has included the rise of the so-called Islamic State, Russia’s annexation of Crimea and the downing of MH17, the sharpened tensions with North Korea.
Major equipping decisions have also being made: a new fleet of submarines, new frigates, massive Triton surveillance drones and high-tech armoured vehicles.
Air Chief Marshal said under his leadership the ADF had worked on the “glue capabilities” that enabled the whole force to deploy quickly and operate effectively as a whole.
The unpredictability of world events seen in the past four years showed why “you don’t structure the force for the last operation, you structure it so that you’ve got the ability to cover a series of contingencies that may face the nation”.
David Wroe is the defence and national security correspondent for the Sydney Morning Herald and The Age, based at Parliament House.
Posted by Conan Doyle at 4:53 PM