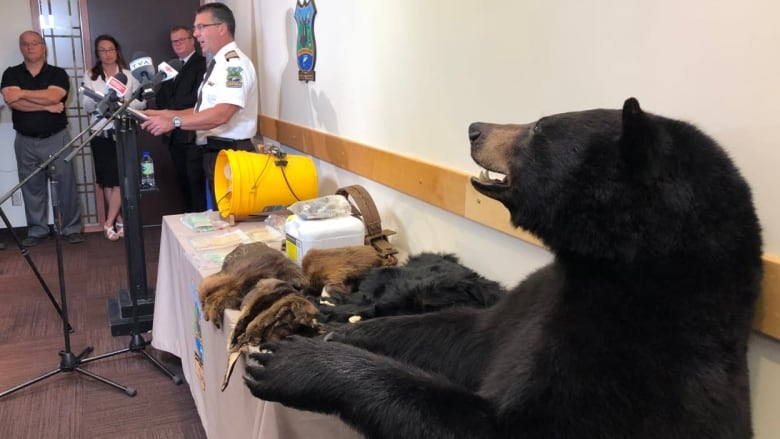 After a three-year investigation, Quebec wildlife officials say they have dismantled a black bear gallbladder-trafficking network.
The poaching ring operated in Saguenay–Lac-Saint-Jean, Mauricie, Laval and Quebec's North Shore.
More than 100 black bears were slaughtered over three years, wildlife officials said.
The bears were killed for their gallbladders, which are worth a small fortune on the Chinese black market for their supposed healing properties.
On Quebec's black market, a bear's gallbladder can sell for up to $250. Abroad, that figure rises to $10,000. 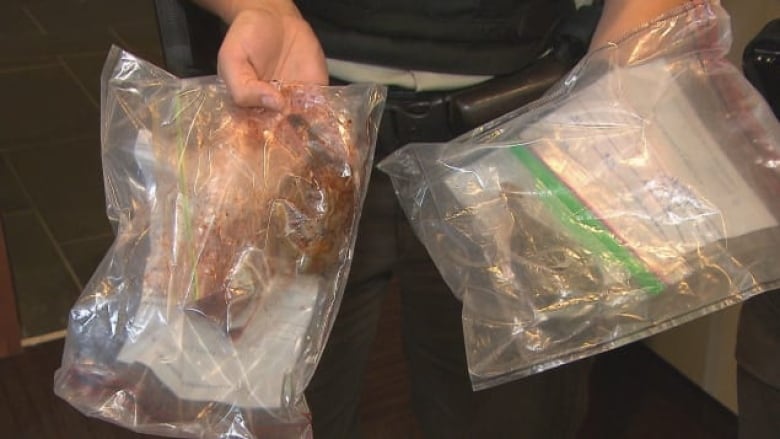 The gallbladders seized during the searches were put in plastic bags.
"Each person involved in the network gets a share, so the value increases because there are several stakeholders whose ultimate goal is to reach the Asian market," said Jasmin Larouche, the head of wildlife protection in Saguenay–Lac-Saint-Jean.
The organ is highly coveted for the bile it contains, some people believing it is effective in treating various illnesses, as well as being an aphrodisiac.
"It is recognized for several supposed medicinal properties," said Sophie Massé, a biologist from the Wildlife Ministry.
"Its medicinal properties are not at all recognized by Western medicine."

Selling bear gallbladders has been banned since 1998 in Quebec, in order to avoid the bears' slaughter.
Some 160 wildlife officers participated in the operation, which began in 2015. About 60 individuals were interviewed, and 16 searches took place.
Those charged face a total of 121 charges and could face fines adding up to more than $325,000. 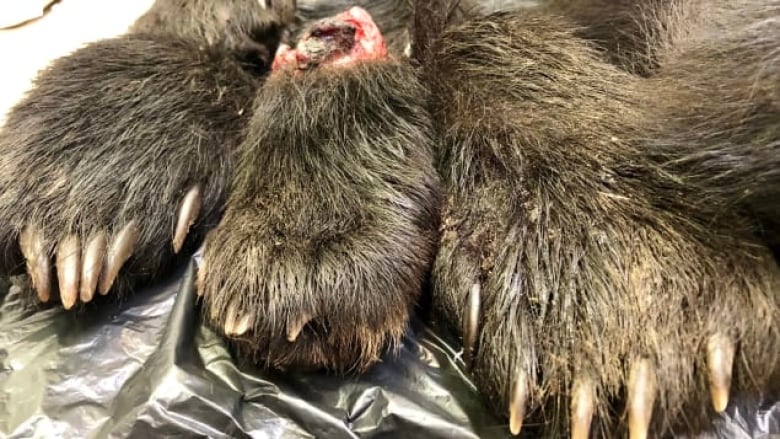 These bear paws are part of the evidence that was seized.
Jasmin could not say how many gallbladders were sold.
This isn't the first time Quebecers have been involved in poaching the organ — in 2003, two Quebec men were charged with illegal possession, transport, export and trafficking of gallbladders, according to a report in the Globe and Mail at that time.
In 1991, CBC reported that wildlife officers were concerned that the trafficking of animal parts, especially involving black bears, was out of control.
Posted by Conan Doyle at 7:04 PM