The former deck-hand Paul Martin who bought the company

When Paul Martin finally claims the prime minister's office some time in the new year, perhaps sooner, Canada will have its first true corporate titan at the head of government. 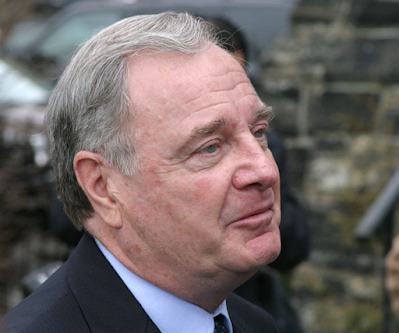 Every day seems to bring new revelations about the efforts of the elites to move as much business as possible offshore.

Even those who Canadians expected loyalty from – former leaders of our country – seem unwilling to pay the same tax rates they subject the rest of us to.

According to a recent report, “The offshore holdings of former prime minister Paul Martin’s family have proliferated in the years since he left public office, documents from the Paradise Papers show. In fact, Canada Steamship Lines, Martin’s former shipping empire that he left to his sons in 2003, is one of the “largest clients” of the offshore law firm at the heart of the huge leak, according to an email exchange between firm managers in 2015.”

Apparently, the taxes in the offshore Barbados tax haven were too high, so many CSL subsidiaries shifted from Barbados to Bermuda – where there are no taxes at all.

The report lists the following CSL subsidiaries as being incorporated in tax havens:

Even when Martin tiredly controlled “Canada Steamship Lines,” the company used the flag of war-torn Liberia. So, Martin used Canada to brand his company, but used a foreign flag and incorporated it in a tax haven – all to avoid paying Canadian taxes.

Since then, his former company has taken even more steps to avoid the taxes that are paid by the rest of us. And all the while, the Liberals tried branding Canadian small businesses as tax cheats and tax-avoiders, while their elitist friends and former PM’s were moving stuff offshore.

It’s a total disgrace, and it is destroying the last remnants of trust and credibility that once existed in our government system.

CBC News Online | March 17, 2006After Paul Martin took Canada Steamship Lines international in the 1980s, the Canadian flags came down on three of its ships, replaced by the flag of the Bahamas – what's often known as a "flag of convenience" country. CSL International (a division of the CSL Group) now owns 18 ships that fly foreign flags. CSL ships have, over the years, flown the flags of Liberia, Cyprus, the Bahamas and the tiny South Pacific nation of Vanuatu. CSL Group also owns 18 ships that fly the Canadian flag, pay Canadian taxes and employ Canadians.Martin handed over the company to his sons while he was prime minister, after years of holding it in a controversial blind management trust. But the practice of flying "flags of convenience" continued to attract attention. It was mentioned repeatedly in the campaign leading up to the Jan. 23, 2006 election

Yes. In 2001, flag of convenience registries accounted for over 53 per cent of the total tonnage of the world's seagoing vessels – a percentage that has been steadily growing since the first reflagging took place in the 1920s. Among the six largest fleets, five belong to FOC countries. That's the main reason why shipping companies increasingly say they have no choice but to flag their ships offshore – "everyone else is doing it." As CSL's senior vice-president Pierre Prefontaine told CBC Disclosure.