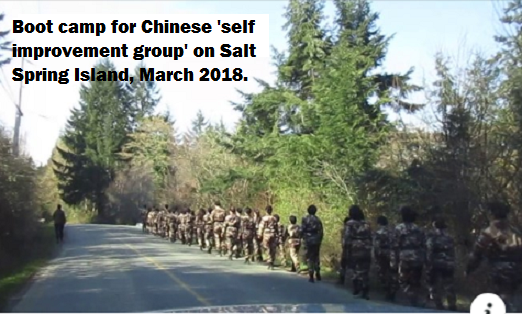 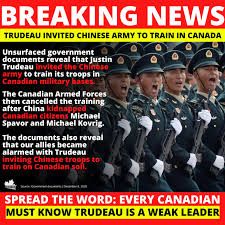 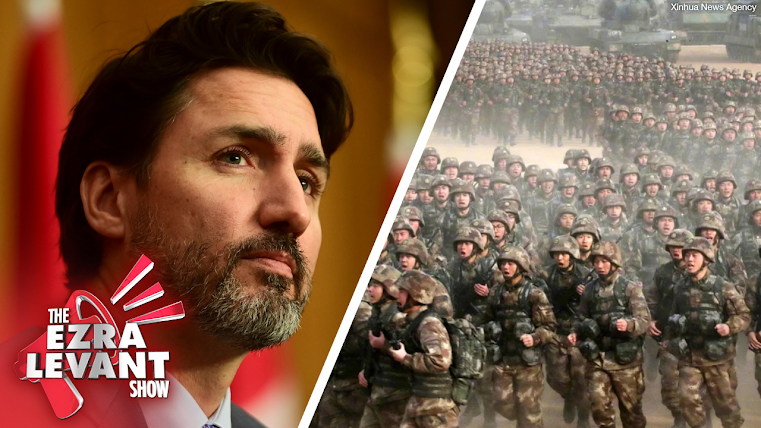 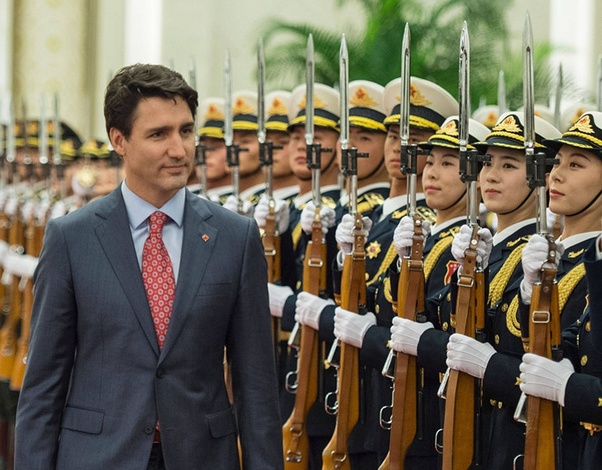 *How would Americans respond if Canada signed a treaty allowing the Chinese to put their forces on Canadian soil?

USA would never admit Chinese military forces on Canadian North-American soil. Regardless of any Canadian-Chinese treaty made ( which is anyway highly hypothetical and unlikely ).
The world including France, Japan and South Korea would probably agree with USA.
It is very important not to provoke other nations/peoples. But respect and cooperate.

If political / economical means had failed to avoid it, USA would probably have intervened Canada military. Replaced the sitting regime by typical new election and then give a sufficient US friendly Canada back it’s independence. USA want (of course) a friendly Canada.
A hostile Canada versus USA is most unnatural and will difficulty be understood in the world.

Actually USA do not accept any military/terror threat against USA in the whole Western hemisphere ( or in the whole world ).

Cuba 1962.
USA proved this quite well in 1962 when USA felt threatened..
This a very similar real history event related to the question made. During 1960/61 USA had placed some 100 nuclear missiles/war heads in Italy and Turkey headed against Soviet. The Soviet response was starting to do by principal the same on Cuba in 1962.
The US reaction was economical and physical blockade of Cuba by means of US warships. And nearly WWIII, a possible nuclear war that probably would have exterminated the human rase on planet Earth.
The economical US blockade of Cuba has been ongoing till our times. USA hit hard.

Consequently Kennedy/USA and Khrusjtsjov/Soviet agreed Soviet withdrawal of the few non-erected missiles on Cuba, and US withdrawal of the abovementioned operational US missiles from Italy and Turkey. Which happened.
However, only the first part of the agreement was published in the West ( in view of a US victory ), the latter part was kept secret until later years. Economical.
The increasingly Chinese economy is expected to pass the US economy in few years. It is however far less then the US economy per capita.
But the typical Chinese citizen, as a part of the Chinese culture, do not have that high individual demands as a US/Western citizen. So particular for China, national economy per capita is in a way some less relevant compared to USA/the West.
The world trade figures already show a Chinese lead.

China will presumable take over the economical lead position in the world during the coming couple of decades. Money is power. China don’t have the huge debts USA has developed during the latest 10–15 years.
The high US debts now exceeding the US annual GDP, is rapidly increasing, is an economical sickness sign and a non-sustainable development. China is rapidly developing it’s science, technical knowledge, production, infrastructure, social benefits, etc. etc. But do have domestic challenges as well, and a huge population to lift.
China’s population of some 1 billion more people then USA, is a huge unused potensial for increased production, economy and increased global market share. China produce a huge amount of goods of ok quality, and is very competitive.
A developed China may be a huge domestic market potential also of great interest for other countries.

Hence, it must be assumed USA consider China as a considerable economical threat, and a possible military threat in the coming decades. Money is power.
But on the other hand China has never been imperialistic. And still isn’t ( some of it’s close small neighbors may however not agree in that, as e.g. Nepal ).

China may well develop it’s relations with Russia. A potential strong combination that Japan, South Korea, Asia and Africa may consider most interesting.
The relations between Central and South American countries and USA are not particular good. These regions may also turn towards China-Russia-(Japan).
Russia may be very interested in this. Especially since USA and EU seems doing their utmost trying to freeze Russia out of Western cooperation. As e.g. suggested from the ongoing considerable anti-Russian Western propaganda may being a catalyst for the abovementioned possible development.

France may well welcome such development. Maybe also Germany. Then possible other EU countries. But not UK. UK will always stand on the US side.

But anyway, the US and EU markeds are huge and important for everybody, what everybody needs. A major US and EU argument.
Japan, South Korea, France will most probably make friendly trade in good relations with both USA, China and Russia. 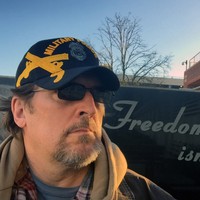 The Canadians have agreed, at the highest level, to open CFB Esquimalt, Victoria, British Columbia for the Chinese People's Liberation Army Navy, 中国人民解放军海军, ship Changchun 长春, and the stationing of PLA Special Operations Forces 中国人民解放军特种部队, at Garrison Petawawa is located in Petawawa, Ontario. Along with the 3rd Regiment of PLA Western Theater Communications Group stationed in Chengdu.

Contact at Petawana, CODE NAME: AUSTIN POWERS, is ready to receive first contingent as early as May of 2020.

This negotiation was facilitated by Elizabeth Rowley, CODE NAME: WILLCOCKS

Once OPERATION MINI-PET is in full effect, the Chinese will realize that WILLCOCKS has been compromised and in a joint operation between Canada and the United States, MINI-PET will result in the most significant capture of PLA technology since the defection of Meng Wanzhou 孟万洲.

LCol Jamie Hammond, Canadian Special Operations Commander has made final preparations and is working closely with General Raymond A. Thomas III, to activate the response.

The destroyer mentioned in the dispatch will also be a great seizure.

According to reliable sources within the PLA, the Chinese are completely convinced that Canada has gone RED and support their security being taken over by the PLA in this joint operation.

Had this not been reported by LCol Hammond, it would have had unimaginable consequences.