at Risk of Bursting in China

An iPhone assembler, e-commerce emporium and real-estate developer typically don’t compete in the same business -- except when it comes to electric vehicles in China.
That’s because of a seismic shift toward EVs, which has spurred billions of dollars in investments by traditional carmakers, startups and titans of the internet, electronics and real-estate industries. The rush is on even as the government pulls back on the subsidies that juiced the industry to begin with.
There are now 486 EV manufacturers registered in China, more than triple the number from two years ago. While sales of passenger EVs are projected to reach a record 1.6 million units this year, that’s likely not enough to keep all those assembly lines humming, prompting warnings that the ballooning EV market could burst and leave behind only a few survivors. 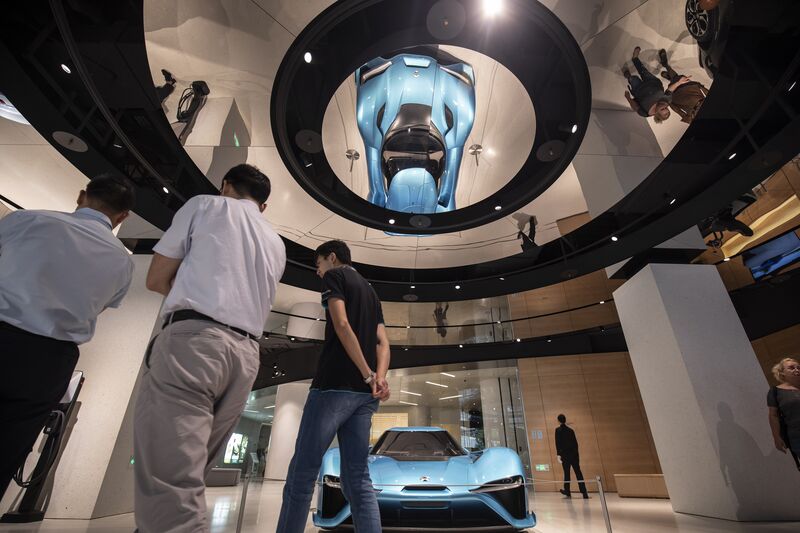 “We are going to see great waves sweeping away sand in the EV industry,’’ said Thomas Fang, a partner and strategy consultant at Roland Berger in Shanghai. “It is a critical moment that will decide life or death for EV startups.’’
At least two dozen of those electric-car brands will be showcasing models at the Shanghai auto show starting this week. They range in expertise from nascent supercar maker Qiantu Motor to U.S.-traded startup NIO Inc. and elder statesman BYD Co.
Dozens of startups have entered the global EV business in recent years, raising $18 billion since 2011, according to BloombergNEF. Most of the biggest fundraisers are Chinese, including NIO, WM Motor, Xpeng Motors and Youxia Motors.

The startups promise to deliver a collective manufacturing capacity of 3.9 million vehicles a year. That’s excluding what some of the world’s biggest automakers are planning.
China’s big, but it’s not that big. Annual sales of passenger EVs only surpassed 1 million units for the first time last year, according to BNEF, spurred by the subsidies that could slice thousands of dollars off the sticker price.
China Is About to Shake Up the World of Electric Cars: QuickTake
Yet EV sales make up just 4 percent of overall passenger vehicle sales of 23.7 million units, according to the China Association of Automobile Manufacturers.
At the same time, sales of traditional cars are currently in a free fall, plunging for the 10th straight month in March as a slowing economy and trade tensions with the U.S. weigh on consumer sentiment.
“There is still huge room out there in the new-energy vehicle market with China’s relatively low vehicle-penetration rate,’’ said Cui Dongshu, secretary-general of the China Passenger Car Association, an industry group. “Yet that market is for the competitive players, not the weakest ones, and the latter will be squeezed out.’’
By 2025, China’s leaders want annual sales of new-energy vehicles –- including pure-battery electrics, plug-in hybrids and fuel-cell cars -- to reach 7 million units. That’s the equivalent of about 20 percent of China’s total auto market.
Even that amount would barely be enough to sustain a few dozen companies -- not hundreds. A factory typically needs to produce at least tens of thousands of vehicles a year to be profitable.
Another headwind is the subsidy cut announced last month by the finance ministry, a move meant to encourage manufacturers to rely on innovation rather than assistance. Some subsidies that could total $7,500 per vehicle were halved.
“With the subsidy adjustments, some less technologically advanced EV startups will disappear,’’ said Zhou Lei, a Tokyo-based partner for Deloitte Tohmatsu Consulting. “There will be a reshuffle.’’

Then there’s the swarm of global giants from Tesla Inc. to Volkswagen AG to Ford Motor Co., all planning to flood the market with locally produced EVs.


Elon Musk’s company started selling its first mass-market model in China this year and plans to begin building vehicles in Shanghai by year’s end. Tesla sold 14,467 vehicles in China last year, according to the Ministry of Industry and Information Technology.
Toyota Motor Corp., Fiat Chrysler Automobiles NV, Honda Motor Co., and Mitsubishi Motors Corp. chose a quicker way in: they all plan to sell what’s essentially the same car, developed by Guangzhou Automobile Group.
More established local manufacturers, such as BYD, likely can withstand the competition and the subsidy cuts, given a track record spanning years, a lineup including cars and buses, and an existing customer base.
The Warren Buffett-backed company has boosted revenue for six straight years and turned a profit since at least 2000, according to data compiled by Bloomberg. 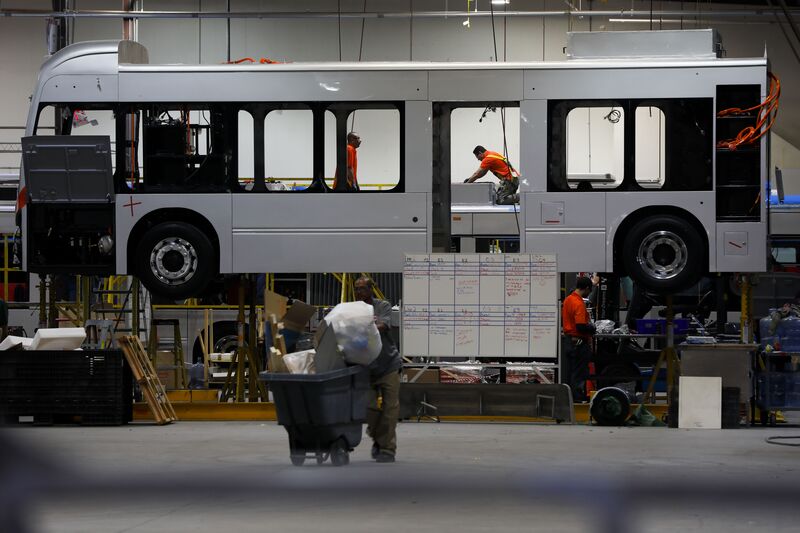 “Only companies that have solid technology reserves can stand out amid competition,’’ said Wang Chuanfu, founder and chairman of BYD. “By owning core technologies, we can see further and deeper.’’
The ones facing the biggest risk are the upstarts still seeking their footing. Many are founded or funded by people with an internet or technology background, used to hefty cash-burn rates but still not necessarily fully aware of the massive investment needed for car manufacturing, Roland Berger’s Fang said.

“With more stringent requirements on subsidies, the pace of new-energy vehicle credit-gathering will slow but local manufacturers will probably maintain their lead. Foreign carmakers need to respond.”
--Anjani Trivedi, columnist
Click here to view the piece 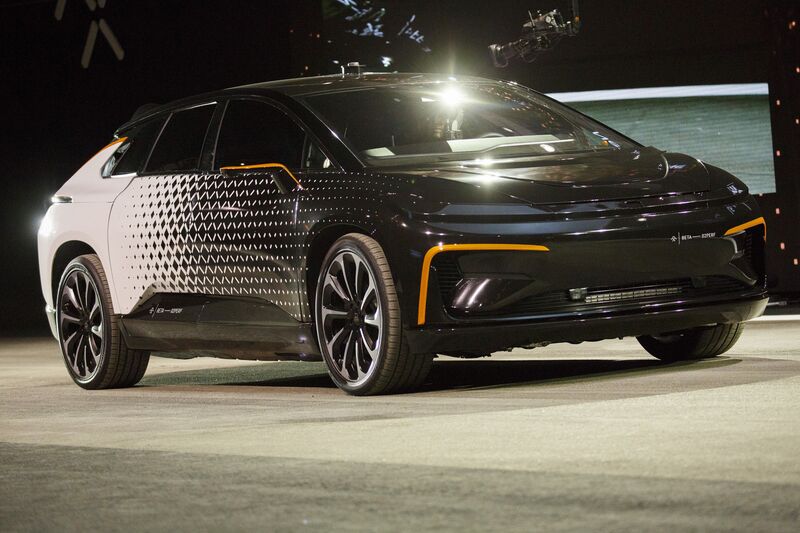 “The investment needed for actual production is several times of that they’ve spent on marketing and production development,’’ Fang said. “That’s why we are seeing some of them delaying mass-production plans.’’
Faraday Future, which has its headquarters and production facility in California, has yet to start building its first model.
Byton, led by former BMW AG managers, said last month it’s seeking$700 million in backing after already raising $500 million earlier this year, with a view to start manufacturing late this year.
Startups need to secure their funding within the next year or risk being wiped out, said Li Xiang, founder and chief executive officer of the Chehejiabrand. After that, no investor will commit to a new contender while even the leading startups struggle to earn a profit.

Li, among the first to own Tesla’s Model S in China, started his Beijing-based company after successfully launching car-buying portal Autohome Inc., which trades in the U.S. and has a market capitalization exceeding $12 billion.
Chehejia –- which recruited talent from Daimler AG, Toyota and BMW -- plans to start deliveries in the fourth quarter, after initially aiming for 2017.
“A large amount of companies will be eliminated in a year, and 90 percent of the investors will suffer great losses,’’ Li said.
Posted by Conan Doyle at 8:50 AM