A former lawyer whose business handled 1,167 offshore companies. A man who lied his way through a top job at the Alberta legislature and a dizzying stint as an offshore financial guru before landing in prison for fraud. A Toronto company that says it doesn't do the offshore bidding of any Canadians, but set up a Caribbean company for a Montrealer now charged in a $290-million US stock swindle. 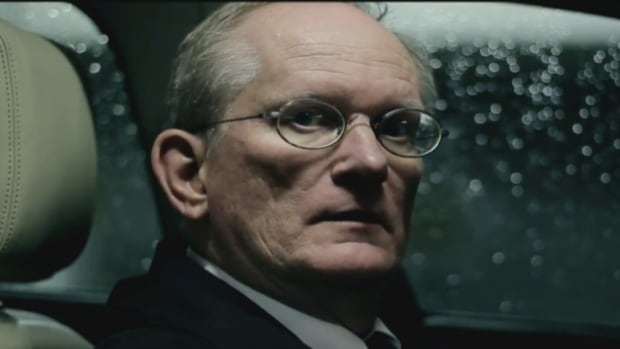 Fred Sharp helped register 1,167 offshore entities from his Vancouver office, according to documents in a massive leak from the Panamanian law firm Mossack Fonseca. (Sharp Art Pictures/YouTube )
Their names — as well as some confidential details on the nearly 2,000 offshore entities they've sprouted over the years, in far-flung jurisdictions like the Seychelles and Niue — became public this afternoon.
The International Consortium of Investigative Journalists, the Washington-based organization co-ordinating the global media team reporting on the leaked records, has made a key part of the Panama Papers data available online. The material consists of lists of clients and their offshore companies dating back to 1977 from Panamanian law firm Mossack Fonseca, one of the biggest creators of offshore corporations in the world.
But beyond the headlines, the Canadians' stories offer a rare insider glimpse at the often murky world of offshore havens, where legitimate business dealings share an uneasy coexistence alongside the machinations of scam artists, money launderers, rogue states and the politically corrupt.
"I don't think most people understand — or why should they? — how does the offshore world work," said Kim Marsh, a former RCMP commander for global organized crime and now a private-sector expert on international money laundering and corruption.

'You are receivers of stolen information. If you publish stories using this stolen information, you are stating that you have no respect for the rule of law,' Fred Sharp told CBC News and the Toronto Star. (Sharp Art Pictures/YouTube)

'Invoices… should be destroyed'

Former B.C. lawyer Fred Sharp's business, Corporate House in Vancouver, was known as the "go to" firm for wealthy Canadians wanting to keep assets private and offshore to minimize their tax burden, according to sources in the wealth management industry.
He became the Canadian representative for Mossack Fonseca in 1994.
The Panama Papers show Corporate House has since handled 1,167 offshore companies through Mossack Fonseca, mostly incorporated in the British Virgin Islands and mostly for Canadian clients. One of those companies, a CBC/Star investigation determined, was linked to a notorious fraudster, Michael Mitton.
The leaked records also show Sharp's firm took steps to enforce the strictest confidentiality around its dealings. Mossack Fonseca staff were forbidden to send certain financial documents, like annual invoices or account statements, to Corporate House in Vancouver — whether by airmail, email or fax. Instructions stated that if any such documents were printed, they "should be destroyed." The firm also paid $15,000 to buy and host an out-of-Canada server at Mossack Fonseca's offices in Panama.
In an email to CBC and the Star, he said: "I cannot speak accurately to your various queries as you have provided no evidence regarding events that may or may not have occurred 20 years ago." 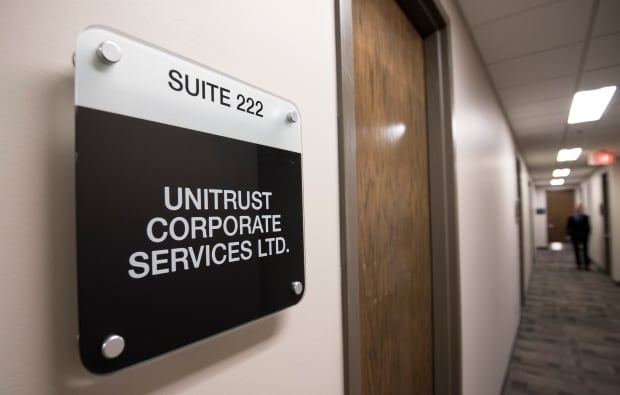 At a modest office just north of Toronto, a half-dozen staff keep the world at their fingertips. Unitrust Corporate Services and a related firm, Unitrust Capital, offer to incorporate and help administer companies for customers in places like Nevis, Gibraltar, Belize and Anguilla.
But not if you're Canadian.
"We do not accept orders from Canadian residents," says a notice that began appearing on Unitrust Capital's website in 2013.
Unitrust's name appears hundreds of times in the Panama Papers in connection with 684 different offshore corporations. While the vast majority of those do not appear to involve any Canadian addresses, three of them do.

One of those offshore corporations, in particular, stands out.
The company, Exporta Commercial, was incorporated in the British Virgin Islands, and its underlying owner, according to records in the Panama Papers, was Montrealer Eric Van Nguyen.
Van Nguyen was charged by U.S. law enforcement in 2014 for participating in a $290-million US pump-and-dump stock fraud.
Unitrust then moved to sever its relationship with Van Nguyen. But the firm declined to answer questions from CBC and the Star about why it does not offer its services to Canadians and whether it performed any due diligence on Van Nguyen before accepting him as a client.
"We are a private business and we make decisions and arrange our affairs as we see fit," Unitrust Capital managing director Paul Rostorotsky said in a brief exchange with a Star reporter. 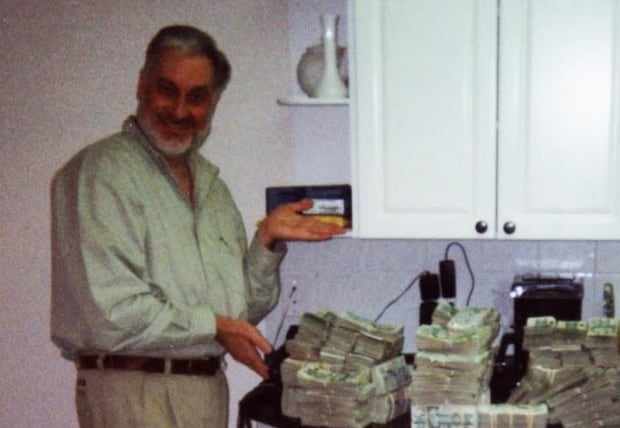 Michael Ritter in a 2001 photo taken in his kitchen. Ritter made several legal trips to Switzerland with clients' cash to be deposited in a Zurich bank. None of the money shown was associated with the involvement of Ritter's company, Newport Pacfic Financial, with Mossack Fonseca, a Panamanian law firm. (Supplied to CBC)

Notorious Edmonton fraudster Michael Ritter figures prominently as another Canadian connected to the Panama Papers.
The paper trail reveals Ritter's arrest in October 2005 by the RCMP effectively ended his relationship with Mossack Fonseca.
"We have just received word from a client of Mike Ritter that he is in jail awaiting trial on an unknown charge, has been denied bail, and his offshore operation in Edmonton has been closed down. Possibly U.S. authorities investigating money laundering," said an Oct. 24, 2005, email to the law firm from a competitor of Ritter's Edmonton company, Newport Pacific Financial.
Mindful of the "bad publicity this could bring us," the Panamanian law firm acted immediately.
Ritter and Newport Pacific were "blacklisted" and Mossack Fonseca resigned as the registry agent for the 60 companies created by Newport Pacific and its predecessor company in the tax havens of the British Virgin Islands, the Bahamas and Niue, a small island nation in the South Pacific.
Ritter became a self-proclaimed offshore financial guru in the 1990s after spending six years as the chief parliamentary counsel to the Alberta legislature — despite never having received a law degree, as he claimed. He pleaded guilty in October 2006 to theft for stealing from a client and to fraud for his role in a $270-million US pyramid scheme. He says that he served his time and has moved on with his life, and that never acted for, or had been a director in, any offshore company. 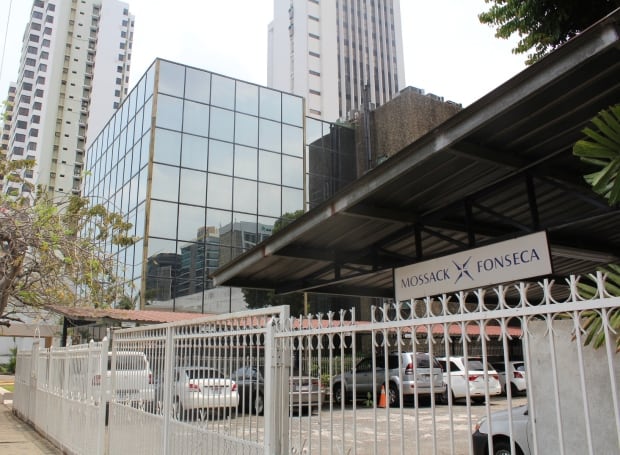