Mandarin now the most common language on Sydney streets after English

Mandarin now the most common language on Sydney streets after English

A new book has mapped out multilingualism in Sydney. Mandarin is now the most spoken language, other than English in Sydney.

Mandarin had overtaken Arabic to become the most common language spoken other than English in Sydney, according to a new snapshot of multilingualism in Australia's biggest city.An anthology titled Multilingual Sydney maps out how the city is a melting pot of cultures and as such, languages.

Macquarie University's Dr Alice Chik, one of the book's co-editors, told SBS News on Monday the number of people speaking Mandarin in Sydney had increased by 71 per cent between 2011 and 2016. 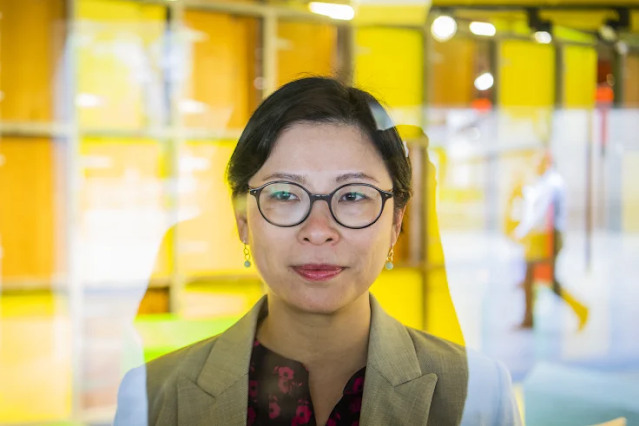 She said this was due in part because international students were now counted in the census.
"That could account for the significant growth," she said.
The book also showed that Indian languages have become the fastest-growing language group in Sydney.
Dr Chik said NSW Department of Education material showed there were 46,357 'Indian languages group' students in NSW primary and secondary public schools in 2017.
"This category was not listed in 2016 [but] Hindi only had 10,793," she said.
The 2017 figures showed there were 37,790 Arabic-speaking students, 25,140 Mandarin-speaking students and 16,273 Vietnamese-speaking students in NSW primary and secondary public schools.
"We're seeing a lot more migrants from the Indian subcontinent. They are mostly skilled migrants," Dr Chik said.

Dr Chik said 35.8 per cent of Sydneysiders speak a language other than English at home.
"That's much higher than the national average and will continue to grow because of new migrants and people picking up new languages," she said.
"There are more than 300 languages spoken in Sydney. There are 200 languages with more than 10,000 speakers."
Multilingual Sydney mapped out both the most and least linguistically diverse suburbs in Sydney.
Regents Park was found to be one of Sydney’s most linguistically diverse suburbs, with just 25.7 per cent of residents speaking English only. Arabic (13.5 per cent), Cantonese (9.2 per cent), Mandarin (8.6 per cent) and Vietnamese (5.5 per cent) all featured.
On the other end of the spectrum, Mosman, Manly and Mona Vale were among least linguistically diverse suburbs. In each, at least 77 per cent of residents only spoke English.
Dr Chik said one surprising finding was Haberfield had replaced Leichhardt as the "true Little Italy", with 20.6 per cent of the population speaking Italian.
Posted by Conan Doyle at 7:27 PM