Tucker Carlson: Biden Family Was Getting Rich From Doing Business With Our Enemies, Selling Out U.S. Government To China

July 11, 2022
Tucker Carlson: Biden Family Was Getting Rich From Doing Business With Our Enemies, Selling Out U.S. Government To China
0 seconds of 4 minutes, 54 secondsVolume 90%
FOX News host Tucker Carlson delivered a monologue on Monday's edition of his program that connected the Biden administration to favorable decisions for China.

TUCKER CARLSON: Type in "Hunter Biden weighing crack on a scale" which is out there. Type it into Google and see what happens. You'll get obscure results from random YouTube channels. When you click on Google's news tab, nothing from an American media publication appears. They're stepping on the scale. They're censoring information, as they have from the very beginning. Why are they doing that? Because it matters, that's why. It's not about whether Biden was a druggie. Yeah, he was with a screwed up personal life and a weird personal life. Yeah, knew that. That's not what it's about. They're not protecting Hunter Biden. They're protecting this administration, and they're trying prevent you from understanding this administration's posture toward China.

Among the latest findings, as reported by Andrew Kerr at The Washington Examiner, are that, "Joe Biden wired $100,000 to Hunter Biden during the same time frame Hunter Biden spent over $30,000 on Russian escorts who may very well be linked to an Eastern European human trafficking ring."

That's a lot like that, but again, the real story is not that Hunter Biden is a crackhead who liked prostitutes and underage girls, although that appears to be very true and law enforcement should look into it,. But for the rest of us, that's not the real story. The real story is that the Biden family was getting rich from business with our enemies. They were selling access to the US government to China and that is a crime. It's certainly a moral crime. As recently as 2020, Joe Biden denied that he or his family had made any money from China. Watch this.

KRISTEN WELKER, NBC NEWS : Vice President Biden, there have been questions about the work your son has done in China and for a Ukrainian energy company when you were vice president. In retrospect, was anything about those relationships inappropriate or unethical?

So, you spent so much time noting Joe Biden's creeping senility that you can overlook the fact that in his lucid moments he's a liar, just flat-out liar. That's a lie. In fact, it's a lie so obvious even The Washington Post, which has carried water for Biden since the very beginning, had to correct it. According to The Washington Post, "Over the course of 14 months, the Chinese energy conglomerate" that would be CEFC "and its executives paid $4.8 million to entities controlled by Hunter Biden and his uncle." That would be Jimmy Biden, the former nightclub owner.

Are these guys experts on energy? What are they experts on? Nothing, leveraging the U.S. government for personal profit. That's it and it's not just CEFC that funded the Bidens.

In all, Hunter Biden made more than $30 million from entities affiliated with China's communist government. Hunter Biden's biggest deal with China involved a Chinese investment fund called Bohai Harvest RST or BHR. In December of 2013, Hunter Biden and Joe Biden flew to Beijing. It was a government trip on a government plane and that's when Hunter introduced his father to a BHR executive. Again, that's a flat-out violation of law. You can't take Air Force Two to China to lobby on behalf of the Chinese government, your own father. Full on time. The Bidens denied it, but Hunter eventually took a 10% stake in that company, a stake worth about $20 million. 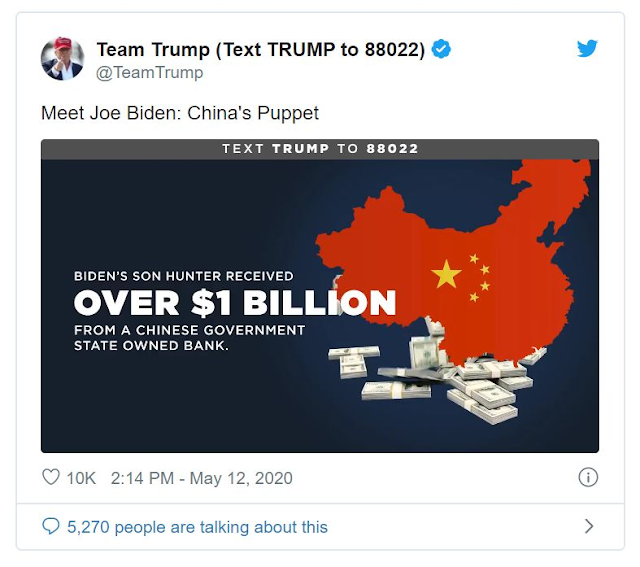 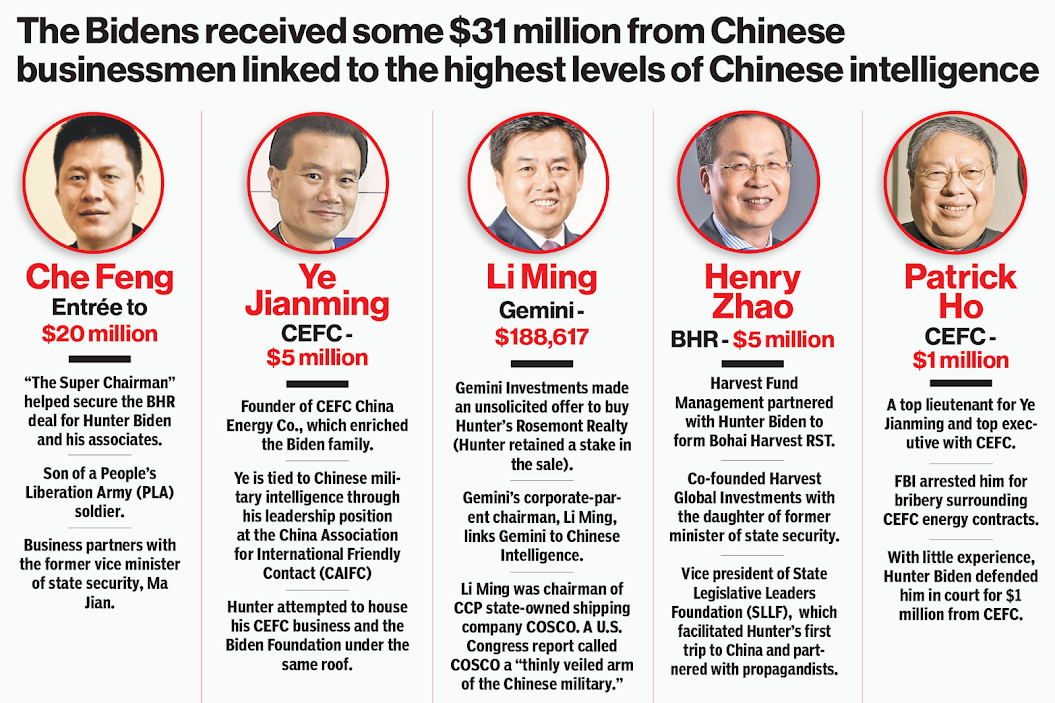 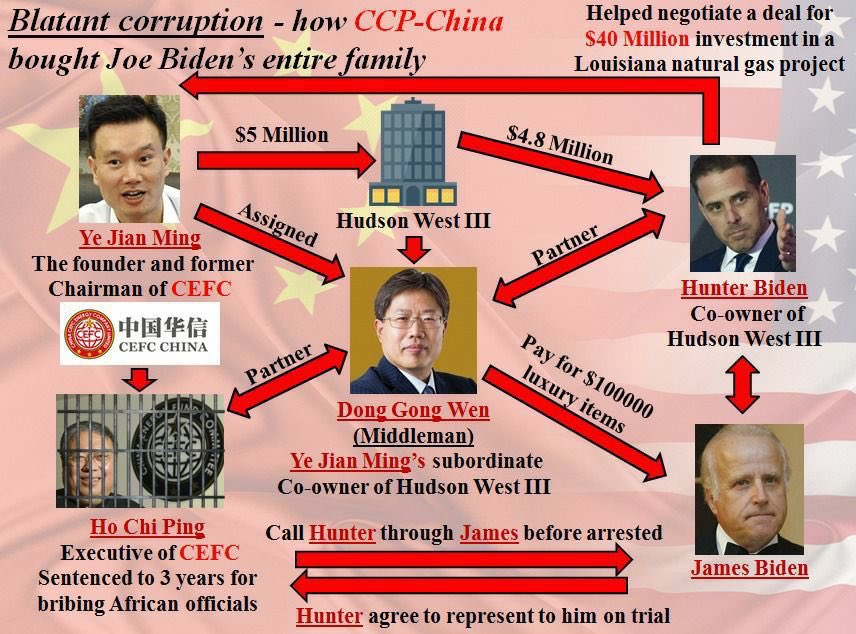 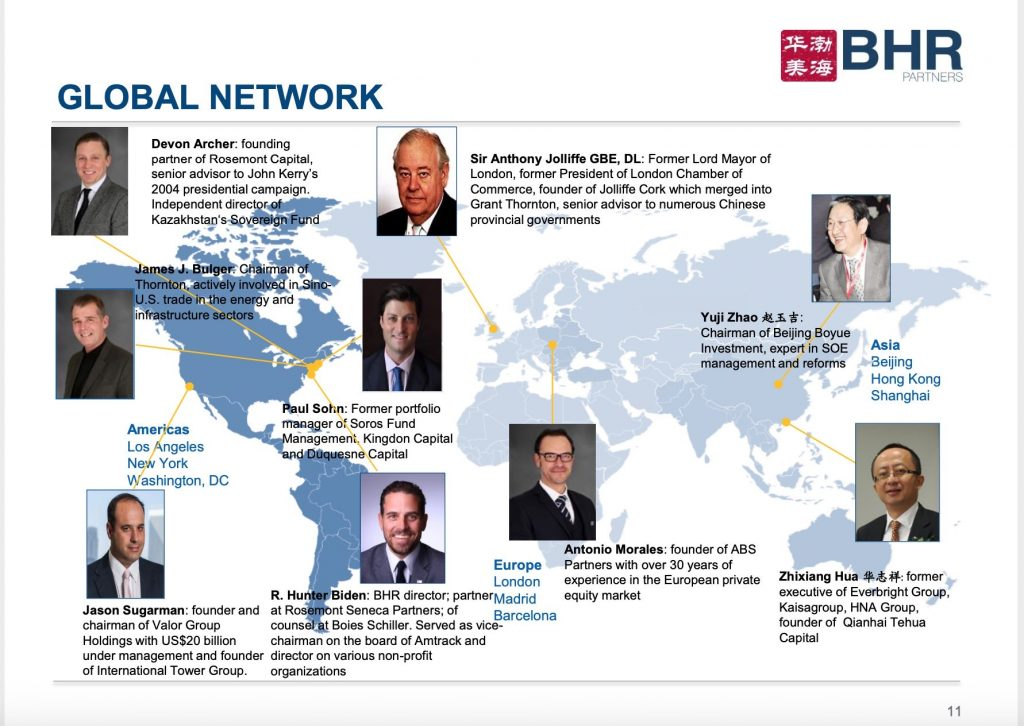 Fauci is currently under investigation