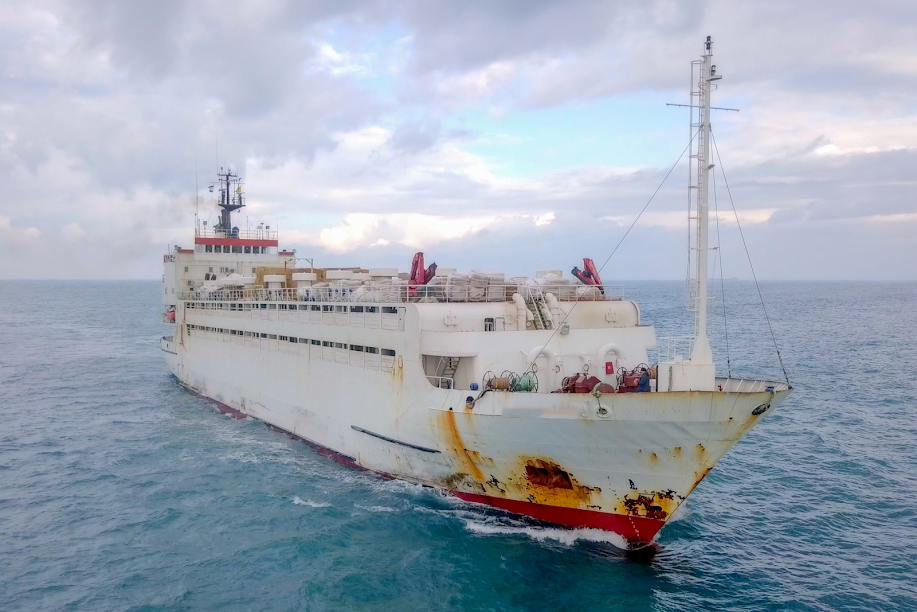 New Zealand has suspended the export of live cattle after a ship carrying 43 crew members and nearly 6,000 cows capsized off the coast of Japan.

On Sept. 2, 2020, the ship, the Gulf Livestock 1, left New Zealand for China but reportedly developed engine problems and sank in rough seas caused by Typhoon Maysak. 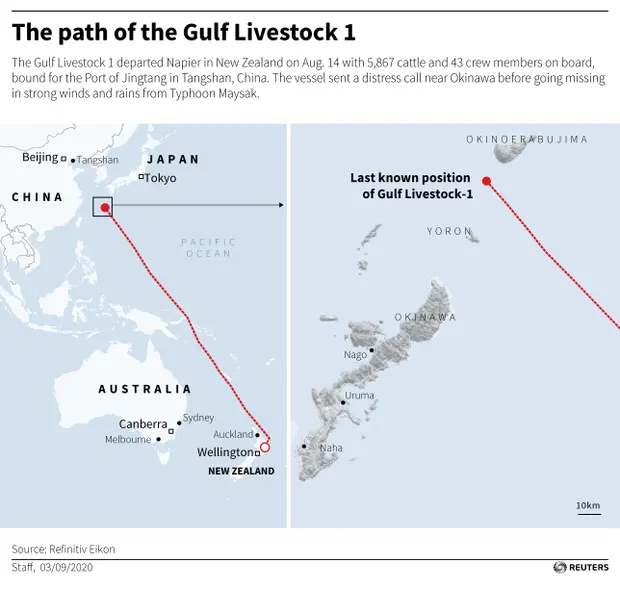 Most of the crew is feared dead as only two crew members have been rescued and hospitalized. Carcasses of at least a dozen cows were seen floating in the water after the ship went down.

In light of the incident, New Zealand’s Ministry for Primary Industries announced that it had “temporarily suspended consideration of cattle livestock export applications” as they investigate what happened to Gulf Livestock 1.

Although New Zealand has placed restrictions on the export of livestock for slaughter since 2016, live animals are sold abroad for breeding. Nearly 40,000 cattle have been exported so far this year, according to the ministry’s data. Most of the cattle have gone to China which has become the biggest market for New Zealand beef. 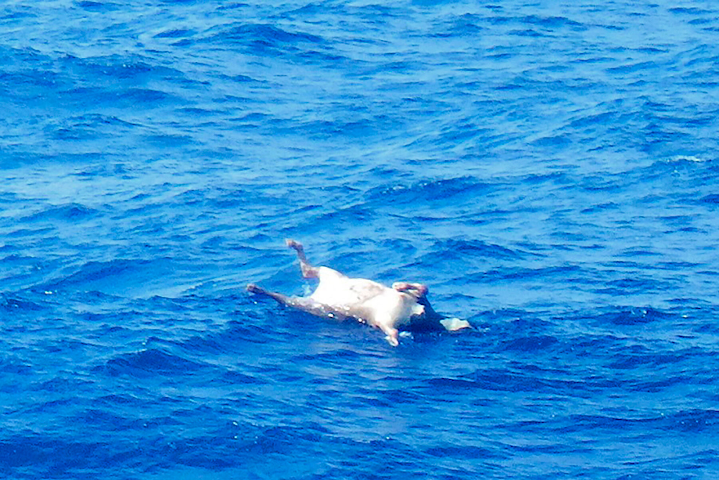 “Ultimately, this is a trade that has to be banned,” Will Appelbe, a spokesman for SAFE, an animal welfare group in New Zealand, told The New York Times.

Animals are packed into overcrowded spaces, where they cannot lie down. Ships do not have proper ventilation systems, which has caused several animals to die from heat stress. Poor drainage systems mean the animals frequently become covered in urine and feces.

In addition to animal welfare issues, the transnational livestock trade has a large environmental impact, emitting significant greenhouse gases during the transport of the animals.

Livestock ships have a history of disasters that have left crew members and animals dead at sea. In November 2019, around 14,000 sheep died after a livestock carrier capsized on its way from Romania to Saudi Arabia.