Chinese fighter planes intercepted an Australian aircraft in the South China Sea Region during a routine surveillance activity by Australia in international airspace, the department of security said in a news release Saturday.

The intercept resulted in a “dangerous maneuver” causing a safety threat to the Australian RAAF P-8 maritime aircraft and its crew on May 26.

The Australian government says it has raised concerns about the interception to the Chinese government.

“Defence has for decades undertaken maritime surveillance activities in the region and does so in accordance with international law, exercising the right to freedom of navigation and overflight in international waters and airspace,” the department of defence said.

The incident comes just after multiple sources in the Canadian Forces and the federal government told Global News that Chinese jets were repeatedly “buzzing” a Canadian surveillance plane over international waters that’s part of a United Nations mission.

Since this spring, there have been approximately 60 intercepts with Chinese fighter jets and over two dozen have been dangerous, sources have told Global News.

Prime Minister Justin Trudeau has also spoken out and said his government will be addressing the interception reports directly with Chinese officials to ensure it is not part of an “escalatory problem.”

“We take this situation very seriously,” Trudeau told reporters while speaking at an event in the Siksika First Nation in Alberta on June 2. 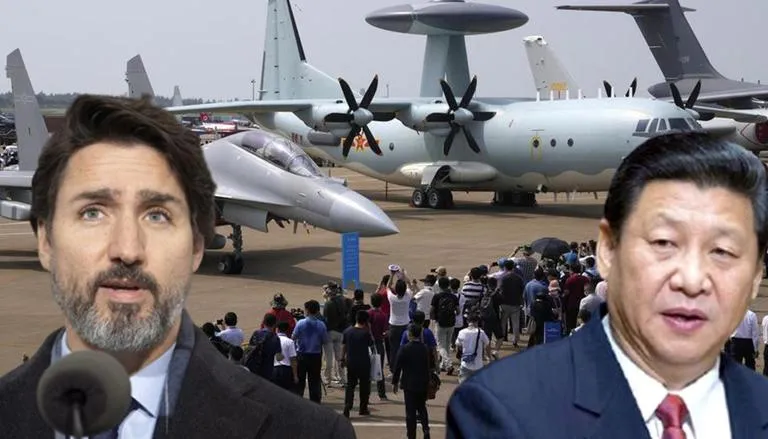 “The fact that China would have chosen to do this is extremely troubling, so we will be bringing it up directly with Chinese officials and (government) counterparts and ensuring that this doesn’t continue to be part of an escalatory pattern.”