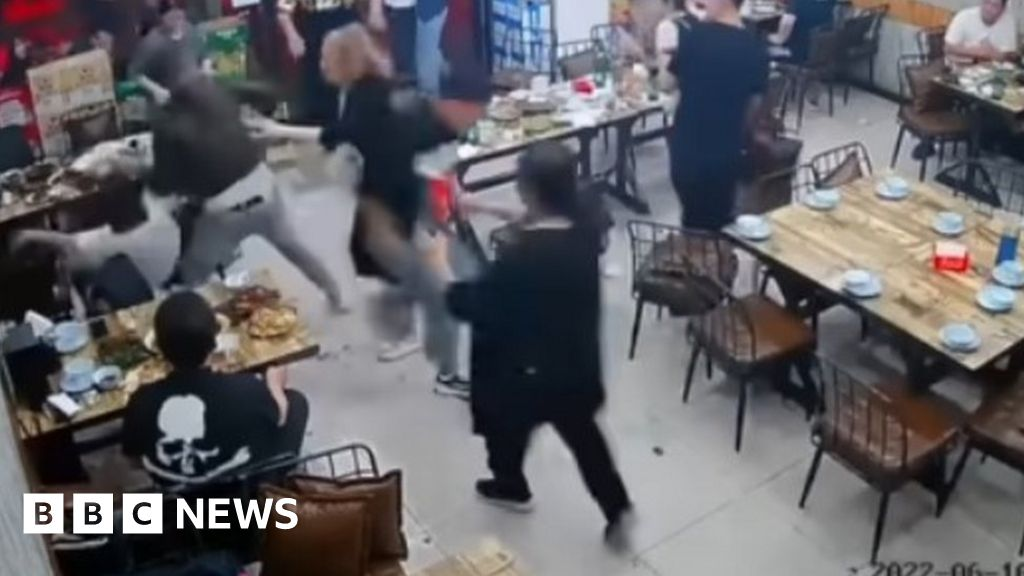 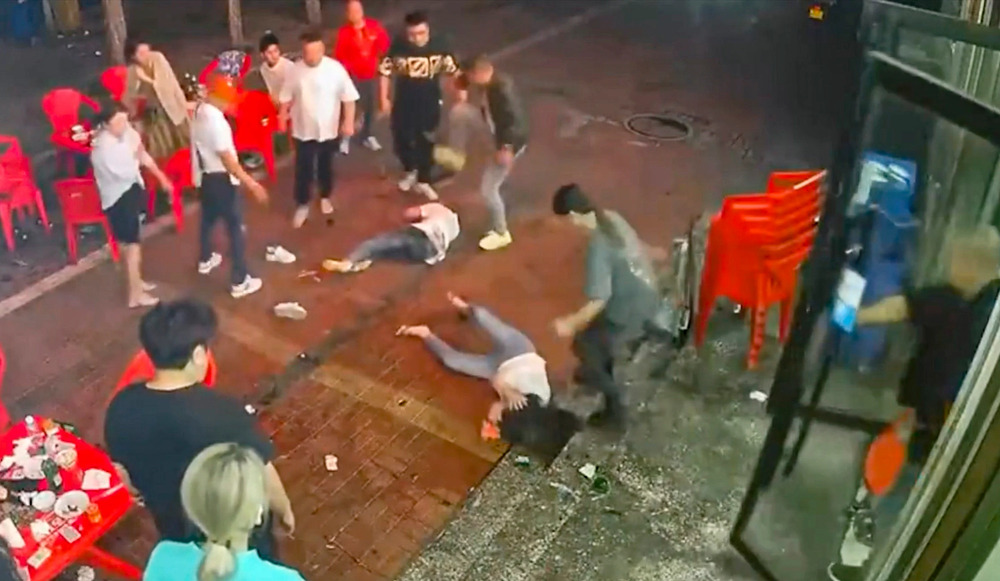 Nine people have been arrested in China after a video went viral of a brutal attack by a group of men on women in the city of Tangshan, police say.

It has led to an outcry on social media and re-ignited debate about gender violence in China.

The incident began when a man put his hand on a woman's back in a restaurant and she pushed him away.

The man is seen striking her before others drag her outside and continue attacking as she lies on the floor.

The group of men are also seen attacking her dining partners.

Two of the women were admitted to hospital and were in a "stable condition and not in mortal danger", while two others sustained minor injuries, officials said.

Police in Tangshan, in northern Hebei province, said they had arrested nine people on suspicion of violent assault and "provoking trouble".

The attack dominated discussion on Chinese social media on Saturday, taking up the top six places of Weibo's most-discussed topics. State television called for the suspects to be severely punished.

"How is this sort of thing still happening in 2022?" wrote another. "Please give them criminal sentences, and don't let any of them get away."

A widely shared WeChat post took issue with the initial official framing of the attack as a simple act of violence.

"This happened in a society where violence against women is rampant," the anonymous post said.

"To ignore and suppress the perspective of gender is to deny the violence that people - as women - suffer."

Acts of violence against women are frighteningly common in China.

Ten years ago, while I was living in the country, I witnessed on multiple occasions men assaulting their partners in broad daylight. It was common to see groups of bystanders simply watching on.

Historically, many have viewed such incidents as being a private matter between a couple. Some have feared involving themselves, either for their own personal safety or because they're afraid of being implicated in a crime.

China only made domestic violence punishable by law in March 2016. Before 2001, physical abuse was not even grounds for divorce.

Even though sexual violence has become more prosecutable, the atmosphere on China's Twitter-like Sina Weibo is despondent. Many feel the outcome of this case will be a light sentence and a small fine.

In recent years, women have had little success in holding sexual harassment or assault to account. Few cases have been ruled in the victim's favour unless they have footage to support it, and China's persistent lockdowns over the last two years have exacerbated domestic attacks.