On Friday morning, Canada’s top court upheld the Ontario Court of Appeal’s decisions last summer for both Thomas Chan of Peterborough and David Sullivan of Whitby. 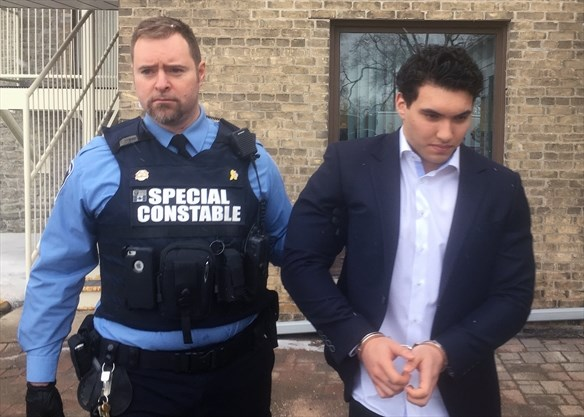 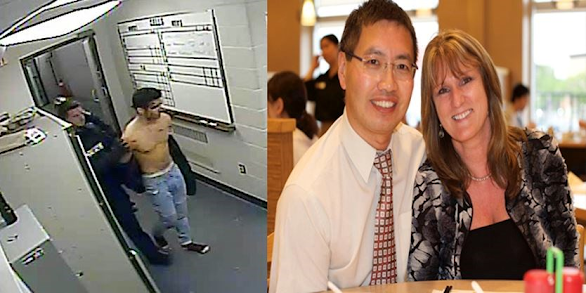 The separate cases saw both men argue that drugs had left them in states of “automatism” in which they were so intoxicated or impaired they lost complete control of themselves.

In both trials, the defence argued Section 33.1 of the Criminal Code violated their clients’ Charter rights since the section prevented a person from using the non-mental disorder automatism as a defence for crimes.

Chan, then 19, in late December 2015 consumed magic mushrooms and began having hallucinations. At his home, he attacked his father Dr. Andrew Chan and killed him and seriously injured his father’s partner, Lynn Witteveen. In December 2018, an Ontario Superior Court judge found Chan guilty of manslaughter and aggravated assault for the drug-induced attack and sentenced him to five years in prison.

Chan’s defence also argued he was not criminally responsible because he had a mental disorder — a mild traumatic brain injury due to concussions suffered playing rugby — that left him incapable of knowing his actions were wrong.

Sullivan in December 2013 took an overdose of prescription drugs, fell into an impaired state and stabbed his mother, thinking she was an alien. He was convicted of aggravated assault and assault with a weapon in 2016.

In Sullivan’s case, a trial judge agreed he was acting involuntarily but ruled Section 33.1 prevented the defence of automatism. In Chan’s case, another judge ruled he did not have to follow previous decisions of the same court, declaring Section 33.1 unconstitutional. The judge also said Chan’s brain injury was not the cause of his actions.

Both men appealed to the Ontario Court of Appeal, which heard the appeals together. In June 2020, the Court of Appeal acquitted Sullivan and ordered a new trial for Chan since no actual finding of fact had been made about automatism in his case.

The Crown then appealed both rulings to the Supreme Court of Canada, which in December 2020 agreed to hear the cases.

On Friday morning, in a statement, the Supreme Court dismissed the Crown’s appeals.

In its unanimous decision, the Supreme Court agreed Section 33.1 of the Criminal Code violates Charter freedoms “in a way that cannot be justified in a free and democratic society and is unconstitutional.”

“In this case, Mr. Sullivan can be acquitted because he had proven that he was intoxicated to the point of automatism and the trial judge had found he was acting involuntarily,” Justice Nicholas Kasirer wrote on behalf of the nine-judge panel. “For his part, Mr. Chan can argue the automatism defence at his new trial.”

In a statement from Chan issued by lawyers Danielle Robitaille and Matthew Gourlay, Chan said he is “grateful” to the court for recognizing the defence of extreme intoxication and giving him the opportunity to again defend himself at a second trial.

“Thomas is so thankful for his circle of support, especially his mother, sister, grandparents and friends who have stood by him on this almost seven-year-long legal journey,” the statement reads. “Thomas knows that this legal saga is not over for him. Of course, the pain and horror of that night will always be with him.”

The statement concludes Chan wants “healing and harmony” for himself and all those impacted on the night of the attack.

“As Thomas’ counsel, we are looking forward to engaging with the Peterborough Crown Attorney’s office who will assess the prospect of a retrial in light of the court’s decision.”