PHOTO: A smartphone with the Huawei and 5G network logo is seen on a PC motherboard in this illustration

"We intend to exclude Huawei and ZTE from our 5G networks," Industry Minister Francois-Philippe Champagne told reporters in Ottawa. "Providers who already have this equipment installed will be required to cease its use and remove it under the plans we're announcing today." 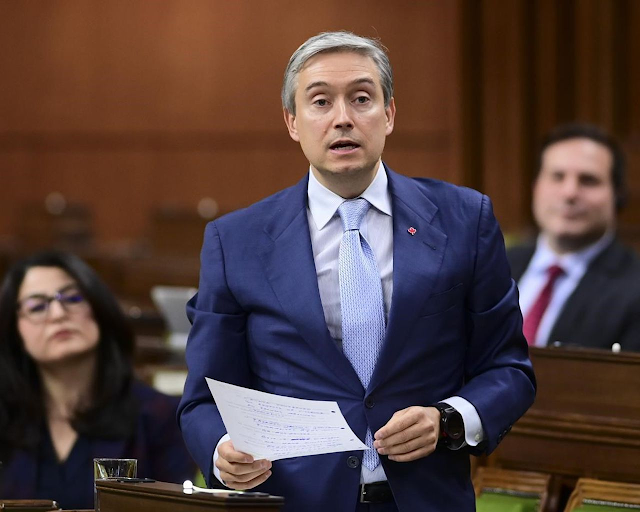 Champagne added that companies will be required to remove their 5G gear by June, 2024, would not be reimbursed. Companies using their 4G equipment must be removed by the end of 2027.

The decision - had been delayed amid diplomatic tensions with China. The rest of the Five Eyes network - which consists of  the United States, Britain, Australia and New Zealand - have already banned the equipment....Canada oddly delayed action meanwhile.

In September 2018, Canada first announced it would review the possible threats to national security in adopting Huawei equipment, again after all of the other 4 had made their decision. Then in December of the same year, Huawei Chief Financial Officer Meng Wanzhou, daughter of the owner, was arrested in Canada on a U.S. warrant, creating a long-running dispute with China that finally ended last September with Meng's internationally controversial  release, even when spying was at issue. 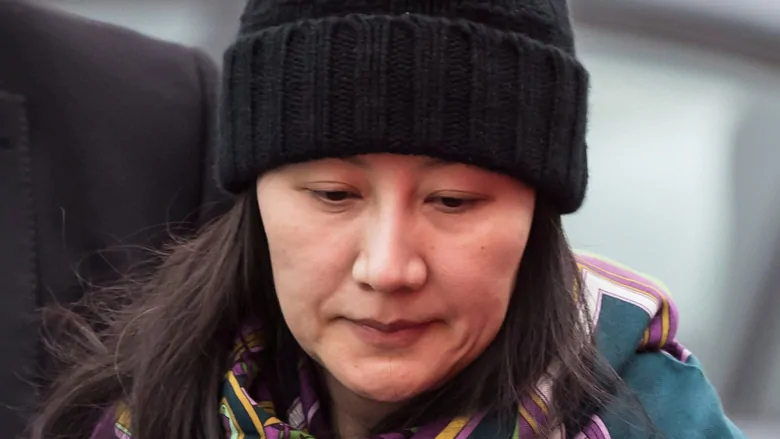 After Meng's arrest, two Canadians were arrested by Beijing and accused of espionage. The two men were released the same day as Meng.

Now diplomatic tensions between China and Canada have eased, or so we are led to believe. On Wednesday, China removed a three-year restriction on imports of Canadian canola seed, reversing what was considered a retaliatory move for Meng's arrest.

Thursday's decision comes after telecom companies in Canada already opted to use other companies' 5G hardware. China's ZTE did not immediately responded to requests for comment. We wonder why.

Alykhan Velshi, vice president of corporate affairs for Huawei in Canada, said in an interview with the, government funded, Canadian Broadcasting Corp [CBC media] that the company is still waiting to hear "what sort of national security threats they think Huawei poses", still desperate to save face. 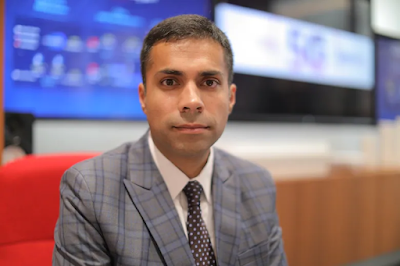 Velshi said that Huawei still has 1,500 employees in Canada, mostly in research and development, and sold products like mobile phones, and will continue to be allowed to do so, with the Trudeau administration, hmm why.

*U.S authorities have long been pointing with significant evidence, that Huawei CFO Meng Wanzhou​ committed fraud by lying to American banks about her company's ties to a telecommunications firm that did business in Iran. That business was a breach of sanctions on Iran, U.S. justice officials confirm and were questioning her release by Justin Trudeau...a 5 eyes holdout. 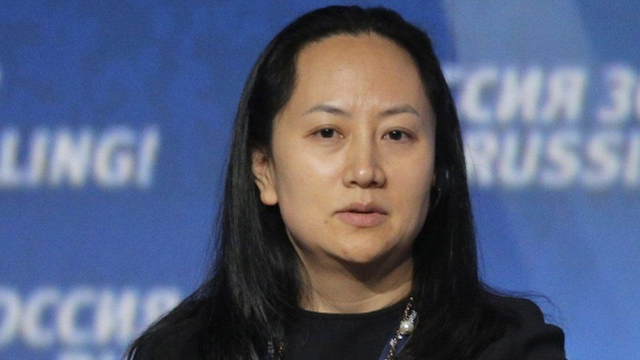 China will see Canada’s Huawei, ZTE bans as ‘a slap in the face,’ experts warn

Canada’s decision to ban Huawei and ZTE from the country’s 5G telecommunications network will be a blow to an already tense relationship with China, experts warn.

Although it’s not yet clear if China will retaliate beyond strong condemnation of Canada’s decision, experts say the possibility exists that the risk has increased for Canadian travellers and businesses in China.

“This will be seen as a slap in the face to the Chinese government,” said Christopher Parsons, a global security and cybersecurity researcher with the University of Toronto’s Citizen Lab.

“If I were a Canadian company and had a lot of business in China right now, I’d be calling my accountants and figuring out what my exposure was, with some concern that there might be the prospect … of a retrospective ban on one of our companies as well.”

The decision was also largely expected, even though it took years for the government to act. Canada is the last of the Five Eyes allies — which include the United States, United Kingdom, Australia and New Zealand — to restrict or ban the Chinese telecom giants over national security concerns.

Repeated delays in a decision by the government led Canadian telecommunications players to ink deals with other technology companies over the last three years, effectively freezing Huawei out of the market in the absence of a formal government decision.

Yet China’s history of aggressive diplomacy and retaliation against several countries, including Canada, has observers concerned.

“There’s a risk of retaliation in this case, but it is still very uncertain” if it will happen, said Kristen Hopewell, an associate professor at the University of British Columbia’s School of Public Policy and Global Affairs.

“China likes to talk about respecting national sovereignty … and we can only hope that China recognizes that Canada has made this decision in the interest of its national security, and that it will respect Canada’s sovereignty.”

Cong Peiwu, China’s ambassador to Canada, warned in December that Canada would “pay a price for their erroneous deeds and actions” if it were to ban Huawei.

A spokesperson for China’s embassy in Canada said late Thursday the alleged security concerns were a “pretext for political manipulation” and accused Canada of working with the United States to suppress Chinese companies.

“China will make a comprehensive and serious assessment of this incident and take all necessary measures to safeguard the legitimate rights and interests of Chinese companies,” the spokesperson added.

Canada most recently saw such retaliation when Canadians Michael Kovrig and Michael Spavor were imprisoned in China mere days after Huawei CFO Meng Wanzhou was arrested in Canada on U.S. charges in December 2018.

A nearly three-year battle of wills played out between the two countries, with Canada intent to honour a U.S. request for Meng to be extradited on fraud charges, while Kovrig and Spavor were charged and found guilty of espionage.

China repeatedly insisted the two Canadians were not being held in retaliation over Meng’s arrest. But just hours after Meng secured a deal to drop the U.S. charges and flew home to China, Kovrig and Spavor were released and boarded a flight back to Canada.

Ottawa has said the delay on the 5G decision was partly out of concern for Kovrig and Spavor while they were still in prison.

Canada has come out strongly against Beijing’s tightening grip on Hong Kong, where a new national security law has clamped down on pro-democracy protests and media. China has also exerted influence on Hong Kong’s government and election laws.

Last year, Parliament passed a motion formally recognizing China’s treatment of its ethnic Muslim Uyghur population in Xinjiang province as a genocide. The Liberal cabinet abstained from the vote, with Trudeau calling the genocide term a “loaded word” that should be used carefully.

Canada also joined a diplomatic boycott of the Beijing Winter Olympics in February, allowing athletes to compete but not sending any government representatives to the Games in protest of those human rights issues.

Although Ottawa announced on Wednesday that those tariffs are being lifted, experts say that doesn’t mean the relationship was on the road to recovery.

“This was mostly due to the tight canola market caused by Russia’s invasion of Ukraine,” said Yves Tiberghien, a political science professor at the University of British Columbia. “You can’t say that was an altruistic decision. They had no other choice.”

Tiberghien says the Ukraine war and the government’s focus on maintaining its “zero-COVID” policy — which has led to widespread lockdowns in Shanghai and Beijing to curb the virus’ spread — means the Huawei and ZTE bans may not register to Beijing beyond angry statements by the foreign ministry.

“There have been signals that this decision has been coming for years,” he said. “This will not be a shock to the system. If anything it will be a ripple in the bigger picture.”

Innovation, Science and Industry Minister Francois-Philippe Champagne and Public Safety Minister Marco Mendicino would not directly answer questions about what the announcement would mean for Canadians in China, or if the government had a message for those Canadians.

Canada’s travel advisory for China currently says travellers should “exercise a high degree of caution” in the country “due to the risk of arbitrary enforcement of local laws.”

“The decision to travel is the sole responsibility of the traveller. The Government of Canada closely monitors safety and security conditions abroad, 24 hours/day, seven days/week, using a wide array of information sources. Travel Advice and Advisories are updated promptly to respond to events that may affect the personal safety and security of Canadians abroad,” Marilyne Guèvremont, as a spokesperson from Global Affairs Canada, told Global News in a statement Friday.

“Since January 2019, Global Affairs Canada has been advising Canadians to exercise a high degree of caution in China due to the risk of arbitrary enforcement of local laws. Consular officials stand ready to provide consular assistance to any Canadians who may require it in China.”

Mendicino also wouldn’t say if he is concerned about the potential for retaliatory cyberattacks.

“Canada continues to be very vigilant about the ever-evolving threats to our national security,” he said.

“If it doesn’t show that Canada is producing or, better yet, providing that framework alongside this, then frankly, the government has failed,” he said.

“If we don’t have that, then what have we been doing?”