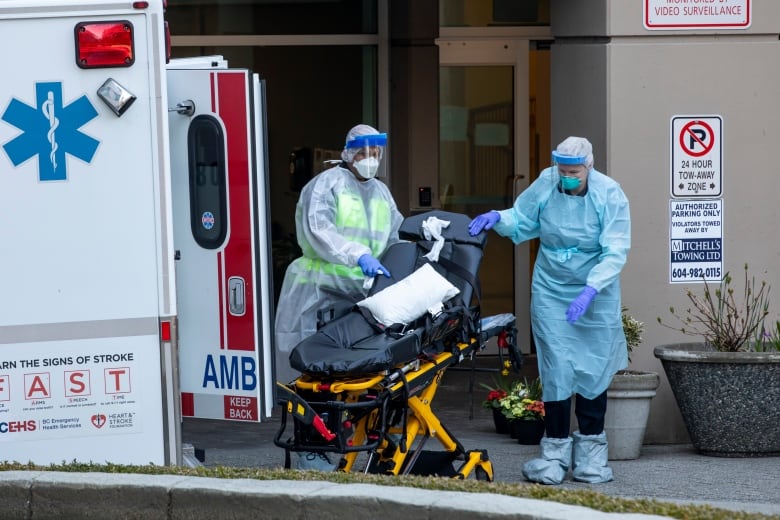 The B.C. College of Nursing Professionals is investigating a licensed practical nurse for allegations he failed to follow proper procedures for putting on and taking off PPE during a COVID-19 outbreak at Lynn Valley Care Centre. photo Mike Wakefield, North Shore News


A nurse who worked at North Vancouver’s Lynn Valley Care Centre has been suspended while the B.C. College of Nursing Professionals investigates allegations that he failed to follow proper procedure for putting on and taking off personal protective equipment while dealing with residents at the care home who had tested positive for COVID-19.
The college suspended Kenneth Chan, a licensed practical nurse, on June 19 “to protect the public” while it conducts an investigation into “serious allegations,” according to a statement publicly posted by the college.
Allegations are that Chan “failed to properly don and doff PPE on a number of occasions in March and on one occasion in April 2020 when coming into contact with COVID-19 residents,” according to a statement.
Chan has refused to co-operate with the college in their investigation, according to a statement.
Lynn Valley Care Centre removed Chan from the workplace when the centre found out about the allegations, according to the college statement.
Chan’s suspension will last until the investigation is complete.
Lynn Valley Care Centre was at the centre of the COVID-19 pandemic in British Columbia when an outbreak was declared at the care centre in the first week of March.
An elderly resident of the care centre subsequently became the first person in Canada to die of COVID-19.
Over the next two months, more than 75 people, including at least 50 residents and 25 staff, tested positive for the virus. Twenty of the elderly residents died.
According to guidelines published by the B.C. Centre for Disease Control, health care workers in long-term care homes during the pandemic were to change their gloves between clients. They were also to remove their old set of PPE and put on a new set when moving between residents who had tested positive for COVID-19 and those who had not. Workers were also required to wash their hands after removing each piece of PPE and before putting on new equipment.
Asked about the investigation on Tuesday, and whether those alleged incidents might have contributed to the spread of the illness at the care home, Dr. Bonnie Henry, the province’s medical health officer, said she wasn’t aware of the circumstances.
“We do know many people in long-term care don’t have the [same] training around wearing masks, gloves, gowns” that people who work in hospitals get, she said.
The past few months have presented “a dramatic learning curve” in that area, said Henry.
According to the nurses’ college, Chan has been registered as a practical nurse since October 2007.
Posted by Conan Doyle at 8:25 PM