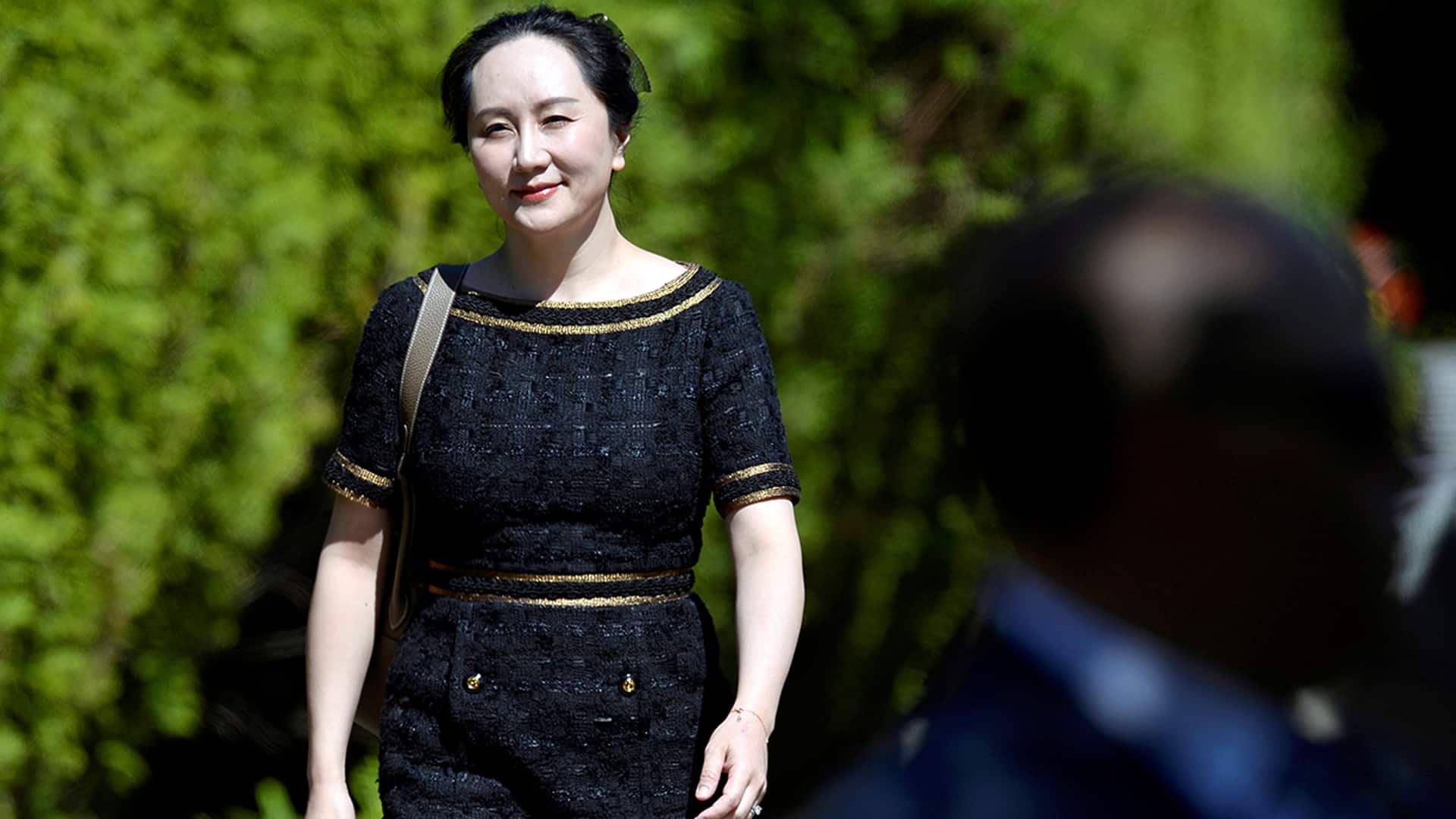 Pressure grows for Ottawa to act on Meng Wanzhou’s extradition

The federal government is facing increased pressure to intervene in the extradition case of Huawei executive Meng Wanzhou, including a letter signed by 19 former politicians and diplomats, in hopes action will prompt China to free Canadians Michael Kovrig and Michael Spavor.  2:39

In a letter to Prime Minister Justin Trudeau dated June 23, the signatories say Canada has the legal right to intervene to free Meng and end the extradition trial that could send her to the U.S. They cite a legal opinion published earlier this week by Toronto-based lawyer Brian Greenspan.
"There is no question that the U.S. extradition request has put Canada in a difficult position. As prime minister, you face a difficult decision. Complying with the U.S. request has greatly antagonized China," the letter says.
The 19 signatories say that releasing Meng could also free Michael Kovrig and Michael Spavor, the two Canadians who were detained in China shortly after Meng's arrest.
"Removing the pressures of the extradition proceeding and the related imprisonment of the two Michaels will clear the way for Canada to freely decide and declare its position on all aspects of the Canada-China relationship."
CBC's Power & Politics obtained a copy of the letter Wednesday.
The signatories say Kovrig and Spavor are being held in conditions "tantamount to torture" and Meng's years-long extradition process could spell trouble for the Canadians as delays will "add immeasurably to the stress that they are under."
"The two Michaels were taken in direct retaliation for the arrest in Canada of Meng Wanzhou. We believe that the two Michaels will remain in their Chinese prison cells until Meng is free to return to China," the letter says.

The letter has been signed by former Supreme Court justice Louise Arbour, former Liberal foreign affairs minister Lloyd Axworthy, former Conservative foreign affairs minister Lawrence Cannon, former Conservative senator Hugh Segal and former NDP leader Ed Broadbent, among others.
The signatories say Lametti should set aside concerns about the rule of law — specifically Canada's obligations under its extradition agreement with the U.S. — and politically intervene to end the B.C. court proceedings that involve Meng.
"We contend that the time is past due for the minister to do just that: to end the Meng extradition proceeding and to bring the two Michaels home."
In 1999, the Extradition Act was amended to include a specific provision that gives the federal minister of justice the power to intervene in an extradition at any point during the judicial phase.
"The minister has the right to withdraw the authority to proceed and to end the extradition proceeding, and it's totally at the discretion of the minister of justice," Greenspan said in an interview with CBC News Tuesday.
"The question isn't whether the [Canadian government] can, the question is whether they should."
Robert Fowler, a former diplomat who was held hostage by al-Qaida in the Islamic Maghreb in 2008-09, also signed the letter.
In an interview with CBC News, Fowler said he signed the letter because he wants to do everything he possibly can to bring the Michaels home.
He said the world is "nastier and meaner" and rules-based systems aren't as effective as they once were in controlling the kind of behaviour China exhibits.
"I think we've got to bend every effort to bring these guys home," he said. "Make concessions. It's an imperfect world ... it's not a good idea to pay ransom, that said, you do what you've got to do to look after your people," he said.
Critics maintain such an intervention would be a "dangerous game to play" as it would send the wrong message to the Americans — namely that Canada is willing to succumb to Chinese political pressure and hostage diplomacy.
"I think the first responsibility of a government is to look after the health and safety of its citizens and foreign policy is not simply about making nice to Donald Trump," Fowler said.
The call to free Meng also comes on a day when a dozen Canadian senators are calling on Ottawa to take a harder line with China and impose sanctions on top Communist Party officials in response to what they call "tyrannical behaviour" by the regime.
But the letter writers say freeing Meng and securing the release of Kovrig and Spavor "would untie Canada's hands" as the extradition hearings are "hobbling Canada's foreign policy at a time when it is crucial to define it with clarity and boldness."
With Kovrig and Spavor in Chinese custody, Trudeau has been reluctant to criticize the Communist regime in Beijing even as it has been accused of human rights violations through the detention of Uighur Muslims and the crackdown on democratic rights in Hong Kong.
A B.C. court judged ruled late last month that the U.S. allegation against Meng — that she engaged in fraud by misrepresenting Huawei's relationship with an Iranian telecommunications company when seeking a loan from the HSBC bank — could also be considered a crime in Canada, and so extradition proceedings against the Huawei executive should proceed.
Under Canadian extradition law, an individual may only be extradited to face trial on foreign charges if the underlying conduct would amount to a criminal offence in Canada if it had happened here.
Meng's case now moves to another phase, where a separate judge will decide whether Meng should be extradited. The final decision to surrender the Chinese executive to the U.S. will fall to Lametti.
Greenspan has suggested Lametti could intervene now before a judge has a chance to rule.
The signatories say Canada inevitably would face blowback from the U.S., the country's largest trading partner and closest ally, if it decides to end the extradition process — but they suggest the relationship can endure that sort of diplomatic fracas.
"It would not be the first time that Canada has parted ways with the U.S., including on much more momentous issues, such as refusing to join in their invasion of Iraq. Our strong bilateral relationship survived all of those controversies," the letter says.
The letter was signed by: Arbour, Axwrthy, Cannon, Broadbent, Segal, former ambassador to the U.S. Derek Burney, former associate deputy minister of Finance Wendy Dobson, former ambassador to Japan and Korea Leonard J. Edwards, former permanent representative to the UN and UN Security Council Yves Fortier, former foreign policy adviser Robert Fowler, former UN deputy secretary general Louise Frechette, Executive Director, World Refugee & Migration Council Fen Hampson, former ambassador to Germany and permanent representative to the UN and UN Security Council Paul Heinbecker, former ambassador to the U.S. Michael Kergin, former PMO foreign policy adviser Claude Laverdure, former journalist and broadcaster Don Newman, former president of the International Development Research Centre Maureen O'Neil, former foreign affairs and international development minister Andre Ouellet and former minister of justice and attorney general Allan Rock.
Posted by Conan Doyle at 1:12 PM