This information is on Rumble

Vanguard Mired in Price War After Retreat From China

the U.S. fund giant that made a surprise retreat from China this year, is now mired in a price war that threatens to erode earnings at its remaining business in the world’s most-promising wealth market.

Vanguard’s robo-advisory joint venture with Jack Ma’s Ant Group Co. cut fees by almost half in June as competition heats up in the multi-trillion dollar market. The platform also slashed its minimum investment to just 100 yuan ($15), down from 800 yuan when it launched last year. The pressure for further cuts remains, as fees are still higher than some rivals such as Huatai Securities Co. 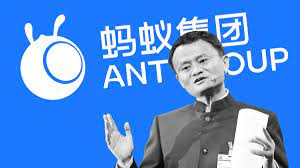 The joint venture’s platform BangNiTou, which means “help you invest,” lowered fees to a range of 25 to 50 basis points (0.25% to 0.50%), from a flat price of 50 basis points. That compares with rates of 0.2% to 1.5% for rivals, though some are as low as zero, according to Shenzhen Dollar Technology Co., which advises money managers.

The reduced fees complicate efforts by Vanguard to make money in China, where it’s betting on this advisory service after scrapping plans in March to set up a stand alone fund management business. The $7 trillion money manager risks falling behind global competitors including BlackRock Inc. and Amundi SA that are taking multi-pronged approaches to grow in a retail market that could reach $3.4 trillion by 2023, according to Deloitte estimates.

“Further cuts could barely boost assets” while “wiping out the profits of the players and the distribution platforms,” said Alan Lu, chief executive officer of Shenzhen Dollar Technology. “Fee cuts can be a double-edged sword.” 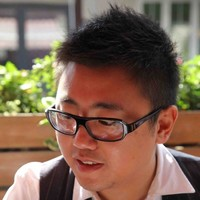 The price war underscores the challenges of competing in the massive Chinese market even for companies like Vanguard, which revolutionized the global asset management business with its low-cost passive funds. The U.S. fund giant charges just 0.15% for its digital adviser service in the U.S.

High costs, regulatory uncertainty and intense competition were among the reasons the Malvern, Pennsylvania-based firm decided to pass on a mutual fund license after touting the massive potential of the market for years, people familiar said at the time. More than 15 months after China opened the fund market to foreign players, only BlackRock and Fidelity Investments have obtained a license. Most global players have opted for joint ventures with Chinese partners.

The cuts aimed at boosting market share may lead to further discounts across the sector, particularly among online platforms given Ant’s bellwether position in internet finance. It could have a “very bad” impact on profitability because the nation’s young internet users care most about prices and user experience, said Lu Haiyang, vice president of Xin Hu Wealth Investment Management Co., a wealth management firm that also distributes funds.

BangNiTou might not appeal to China’s younger investors who prefer higher returns, said Lu, adding that it mostly focuses on conservative investments including fixed income funds, generating annualized returns below 8%.

Still, even before the price cuts, the robo firm was attracting plenty of customers, almost doubling to 940,000 in February from the end of last year. Assets under management jumped 60% in the first two months of this year to 6.9 billion yuan. That puts the business on track to reach its estimated 10 billion yuan break-even point ahead of a five-year target, people familiar with the matter have said.

BangNiTou’s Zhang said clients have shown increasing trust in the business, with additional investments 40% higher than their initial amounts, and the number of automatic investment plans almost tripled in the first half of this year.

“The domestic investment advisory market is far from saturation,” he said, adding the arrival of more players will only help diversify offerings in the market.

While BangNiTou’s advisory offering excels in client profiling thanks to Ant’s technological prowess, it has little advantage compared with rivals as its 10 model portfolios, based on investors’ risk preferences, are less diverse and lack popular categories like education and retirement, according to Dollar Technology.

Vanguard can’t offer its own products through the joint venture, which is limited to onshore mutual funds, so the U.S. firm isn’t gaining additional fees that way. Vanguard holds a 49% stake in the business, which is controlled by Ant.

The China Securities Regulatory Commission in June added at least 14 additional companies including Citic Securities Co. for fund advisory trials, after existing participants amassed about 50 billion yuan in assets since launching in September 2019 thanks to regulatory changes.

Trial participants are already finding it difficult to differentiate themselves from competitors partly due to a short track record, according to Mao Huaiping, chief executive of China Wealth Management Co., another trial participant. That makes customers even more sensitive to price, especially when products are marketed on the same platform, he said.