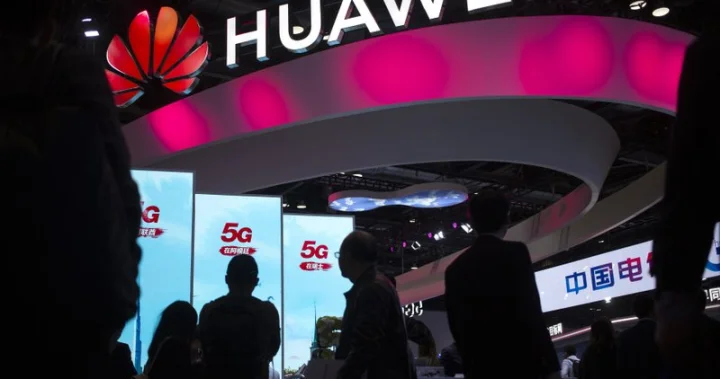 WATCH: Prime Minister Justin Trudeau addressed the recent release of Michael Spavor and Michael Kovrig on Tuesday, thanking allies who “stood strongly in solidarity with Canada.” Trudeau also said that the arrest of the two Canadians would have an impact on upcoming decisions, such as whether Canada will ban Huawei from 5G networks.

With Canadians Michael Spavor and Michael Kovrig freed following the release of Huawei executive Meng Wanzhou, the Chinese telecommunications giant Huawei could be the next hurdle in Canada-China relations.

Huawei, which is the world’s largest smartphone provider, has business dealings in Canada and has for years wanted to build a 5G wireless network in the country. Yet the Canadian government has yet to decide if the Chinese telecommunication will be granted permission to work with Canadian networks to create a 5G network.

On Tuesday afternoon, Prime Minister Justin Trudeau was asked about why his government hasn’t banned Huawei, and if it plans to.

“We’ve actually seen that many Canadian telecommunications companies, if not all of them, have started to remove Huawei from their networks and are moving forward in ways that don’t involve them as a company,” Trudeau said.

“We continue to weigh and look at the different options, but we will no doubt be making announcements within the comings weeks.”

Huawei has deep connections to the ruling Chinese government, and for some, the decision to bar it should be an easy one.

“Canada should move as quickly as possible to ban Huawei,” said Margaret McCuaig-Johnson, a senior fellow at the University of Ottawa’s Graduate School of Public and International Affairs.

In 2018 Rogers, tapped Ericsson to be their 5G supplier, with Bell and Telus following suit and with Telus adding Nokia to the list. Despite the carriers finding other partners to work with, McCuaig-Johnson thinks it’s important for Canada to unequivocally shut the door on Huawei.

“Our telecommunications carriers need the clarity of policy,” she said.

A spokesperson for the Minister of Innovation, Science and Industry wrote in an emailed statement to Global News that its goal is to ensure “Canadian networks are kept safe and secure” and that the government “will not compromise on matters of national security.”

While it did not specifically name Huawei, the spokesperson noted it “will consider technical and security factors, including advice from our security agencies and consider decisions from our Allies and partners.”

“Our Government has been clear that it will pursue an approach that takes into account important domestic and international considerations, and will make the best decision for Canadians,” read the emailed statement.

Canada is a member of the Five Eyes, an intelligence operation between Canada, Australia, New Zealand, the United Kingdom, and the United States. The other four member countries have all banned Huawei’s 5G infrastructure endeavours, why not Canada.

To David Welch, a professor of politics and global governance at the University of Waterloo, the timing of shutting out Huawei is not as urgent, but he noted that with the relationship being as rocky as it is already, it’s better to move on now than to wait.

“I would be shocked if it were anything other than the decision to walk away from Canada’s 5G rollout in line with our five partners,” Welch said.

With China holding the two Michaels hostage, it was clear to McCuaig-Johnson that the tenuous relationship between the two countries has led to this process being delayed.

“I worked in the government for 37 years. It does not take more than three years to make a decision on something like this,” she said.

The government has been delaying the decision since before the 2019 federal election. In November 2020, Trudeau voted against a Conservative motion calling on his government to announce a decision on the involvement of Chinese tech company Huawei’s role in Canada’s 5G network within 30 days. The motion passed with 179-146 votes.

READ MORE: China, Russia exploiting high-tech in ‘hybrid warfare’ costs up to $100B per year in Canada: report

In 2020, following the decisions by the U.S. and the U.K. to ban Huawei, a spokesperson for the Ministry of Public Safety said the government was “carefully assessing the security challenges and potential threats involved in future 5G technology.”

Outside of the espionage concerns linked to Huawei, McCuaig-Johnson said allowing it to gain 5G infrastructure in Canada right now would ensure that it is lined up to win all the future technology contracts, too. She added that with 5G being so new, there are concerns over how China, operating through Huawei, could manipulate the technology in the future if there was ever another dispute with Canada.

“If a country is willing to take innocent citizens as hostages and keep them for more than two years, then putting a bug into a system or shutting down the electricity grid of part of Canada is certainly something they would consider,” she said.

With respect to what happened with the Michaels, McCuaig-Johnson thinks now is the time for Canada to stand with their Five Eyes partners against a Chinese government that has tried to show its might.

One of the red herrings that could show where Chinese investment in Canada is heading is the national security law implemented by the ruling Chinese Community Party in 2017. The law, in effect, allows the government to access information held by Chinese companies, if they are deemed to be in the national interest.