Wuhan Cover-Up, Trump Got It Right...

What exactly is Justin Trudeau trying to hide when it comes to the firing of two scientists from our national microbiology lab? 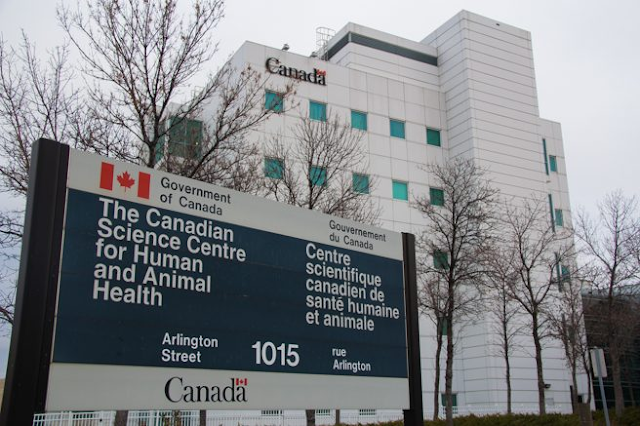 Documents related to the firing of two scientists from the high-security laboratory in Winnipeg, and the transfer of viruses to a research facility in Wuhan are too sensitive to hand over to the special committee on Canada-China relations, Health Minister Patty Hajdu said Monday. 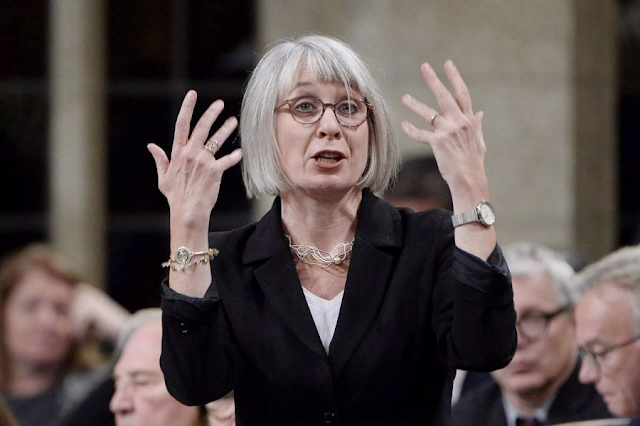 “In this particular case, the information requested has both privacy and national security implications,” Hajdu said. “Compliance with the order without proper safeguards in place would put sensitive information at the risk of public release.”

Conservative MP John Williamson accused Hajdu and the Liberals of wanting to “hide” what’s in those documents by not being forthcoming about what he referred to as “the government’s errors and possibly how you put our nation’s security at risk.”

Hajdu said the Conservative’s insistence on having the documents the way they want them is what is “putting Canada’s national security at risk” and “putting privacy concerns to the side.”

The Conservatives have been pushing the Liberal government – and the Public Health Agency of Canada – to shed more light on why two scientists, Xiangguo Qiu and her biologist husband, Kending Cheng, were escorted out of the National Microbiology Laboratory in Winnipeg in 2019. They were officially fired in January.

Qiu had earlier been responsible for a shipment of Ebola and Henipah viruses to China’s Wuhan Institute of Virology, Hajdu said Monday those events are unrelated.

“There is no connection between the transfer of viruses cited in the order and the subsequent departure of these employees,” Hajdu said.

Two weeks ago, a majority of MPs passed a motion in the House of Commons demanding the Trudeau government release unredacted documents related to what happened at the National Microbiology Laboratory to the special committee.

The Liberal government instead handed over the documents to the National Security and Intelligence Committee of Parliamentarians, which was specifically created by the Trudeau government to allow MPs to probe classified matters.

“I have confidence in the parliamentarians on that committee,” Hajdu said Monday. “All parliamentarians from all parties to do that hard work and analyze those documents and come to their conclusions and that is the appropriate place for a matter of this sensitivity.”

The communiqué that emerged from the G7 summit in Cornwall, U.K., this weekend called for another investigation by the World Health Organization into how the pandemic began.

Once dismissed by most public health experts and government officials, the notion that COVID-19 leaked accidentally from a Chinese lab is now under a new U.S. investigation ordered by President Joe Biden, which is also exploring whether the virus jumped from animals to humans.

In the House of Commons earlier Monday, Hajdu said the federal government wants a “robust” and ongoing investigation into the origins of the novel coronavirus.

“Like many countries around the world, we have always been clear that we need to understand the origins of COVID-19 and we will work with our international partners to ensure there is a robust and continued investigation into the origins of this virus,” Hajdu said in response to a question from Conservative MP Michael Chong.

“It is important not just for Canadians but indeed for the entire world so that we can prevent another epidemic of this kind.”

On Wednesday, the Trudeau government filed a lawsuit against the Speaker of the House of Commons in Federal Court.

The reason for the lawsuit is to have the court issue an order sealing documents demanded by the House through a vote earlier this month.

The Commons committee on Canada-China relations has been asking for documents related to the firing of Dr. Xiangguo Qiu and her husband, Keding Cheng from the National Microbiology Laboratory in Winnipeg.

The pair, along with a group of students from China, were escorted out of the lab in July 2019 and their security clearance was revoked.

At that point little was said, but eventually it became clear that CSIS and the RCMP had been involved in an investigation.

In January 2021, it was revealed that the pair were fired after an intervention from CSIS.While still at the lab, Dr. Qiu was involved in shipping samples of the Ebola and Henipah viruses to the Wuhan Institute of Virology in China.

There was also the sharing of other information between the lab the Wuhan Institute.

This week the National Post reported Dr. Qiu is listed as one of the inventors on two patents filed in Beijing by the Chinese government in 2017 and 2019 related to the Ebola and Marburg viruses.

It is illegal for Canadian civil servants to file a patent outside the country without permission from the minister they report to.

There are a lot of unanswered questions surrounding these two former civil servants, questions the government clearly doesn’t want to answer.

After ignoring several requests from the committee to turn over documents, the House of Commons voted last week to order the papers released.

When the government refused once again the Commons did something not seen since 1913, summoning civil servant Iain Stewart, the president of the Public Health Agency of Canada, to be denounced by the House and to hear the demand for the papers once again.

After refusing to follow the will of Parliament, the Trudeau Liberals are taking Parliament itself and the Speaker to court to keep these documents secret.

The government’s claim is that they can’t release the documents due to national security concerns, but that doesn’t hold water.

The committee asked for the papers to be turned over to the Commons Law Clerk who would ensure sensitive information was removed before the documents were released to the committee behind closed doors.

This would not result in documents related to national security being posted on a website, but the government still fights to keep everything secret.

Back in 2009 when MPs wanted documents related to Taliban prisoners in Afghanistan, Trudeau rejected the government releasing only partial information.

In that case, a compromise was reached where MPs from each party were granted access to the full documents and could then decide what could be released and what was too sensitive during an ongoing war.

In going to court, the Trudeau government is showing that they want to reject the will of Parliament, to rule without oversight and trample on the longstanding rights and privileges of MPs.

If the judge hearing the case knows anything about the law, he’ll reject the government’s request and send the issue back to the Commons where it belongs.