Trudeau caught out by China ship deal; Conservatives vow to end it

Trudeau caught out by China ship deal; Conservatives vow to end it

Prime Minister Justin Trudeau caught distancing the Liberal government from a $100-million contract under which a Chinese state-owned shipyard will build a passenger ferry for a federal 'Crown corporation', a deal the Conservative Party vows to cancel if elected.

The Globe and Mail reported on Wednesday that a huge state-owned shipyard in China is building a 1,000-passenger ferry that Marine Atlantic Inc. will charter over the objections of Canada’s shipbuilding industry and at a time when two Canadians have spent 990 days in Chinese prisons as victims of what Ottawa has called “hostage diplomacy.”

At a campaign event in Vancouver, Mr. Trudeau feigned that he was troubled by the deal, declined to say whether his government would cancel it.

“We are concerned with this situation,” Mr. Trudeau said. He added  as usual, that his goal is for federal government purchasing to “align with our values.”

Conservative MP Pierre Paul-Hus, however said his party under Erin O’Toole would scrap the contract. 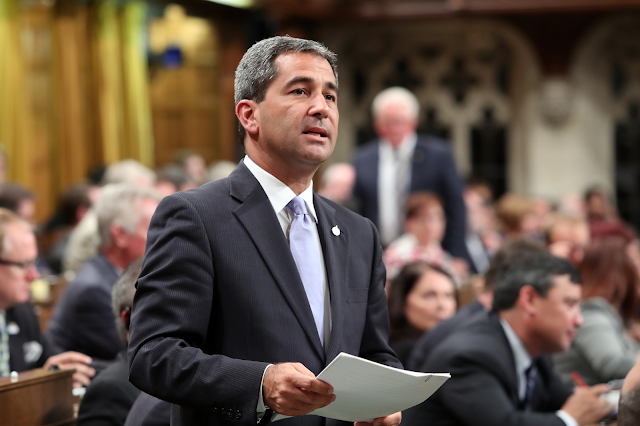 “This is unacceptable, and a Conservative government will immediately cancel the deal and ensure the ferry is built in Canada,” he said.

Families of Michael Spavor, Michael Kovrig to walk ‘7,000 steps for freedom’ to call for their release

The Crown corporation has an option to buy the "Made in China" vessel from Stena North Sea at the end of the five-year charter. The ferry will operate between Nova Scotia and Newfoundland and Labrador.

Parliament has declared China has committed genocide against its Muslim Uyghur minority, and the federal government has accused Beijing of “hostage diplomacy” in jailing Canadians Michael Spavor and Michael Kovrig on what it says are trumped-up charges of spying.

The Trudeau government said this year it has changed how it deals with China over Beijing’s more assertive authoritarianism and coercive diplomacy.

Marine Atlantic reports to Parliament through the Minister of Transport, who also appoints members to the board of the Crown corporation. A spokesman for Transport Minister Omar Alghabra said the minister had no role in green-lighting the ferry contract. “The minister did not approve the contract. ... The minister was informed by the department as the procurement process was completed,” Shane McCloskey, director of policy for Mr. Alghabra, said in an e-mailed statement.

Mr. Trudeau tried to shift the blame on Wednesday to former Conservative prime minister Stephen Harper, out of office for more than five years, saying his predecessor should have made it a requirement of his national shipbuilding strategy in 2010 for Crown corporations to buy Canadian-built vessels.

Bloc Québécois Leader Yves-François Blanchet said at a news conference on a Quebec City boardwalk across the river from the Davie Shipyard in Lévis that it is troubling when such work is sent abroad. The Bloc has often argued Davie among three major shipyards in Canada has been unfairly overlooked for federal shipbuilding contracts.

“In general, when a given territory has three shipyards – of which the biggest, the most effective, the most prestigious, and the most mistreated is in [the Quebec City region] – it is always embarrassing to give out these contracts abroad,” Mr. Blanchet said.

Alex Vicefield, chairman and chief executive officer of Inocea Group, which owns Davie Shipyard, has said there was no reason to have the passenger ferry built outside Canada.

“In fact, the construction of this ferry would be simpler than all the major programs which Davie has undertaken over the past nine years,” he said. “Obviously, the same goes for the barges, too, which are very basic structures.”

Colin Cooke, president of the Canadian Marine Industries and Shipbuilding Association, told The Globe in comments published Wednesday that he finds it “very difficult to stomach” that the federal contract was approved when Mr. Kovrig and Mr. Spavor are incarcerated in China. They have spent 990 days in Chinese prisons with the lights on 24 hours a day.

China seized Mr. Kovrig and Mr. Spavor in December, 2018, shortly after Meng Wanzhou, chief financial officer of Huawei Technologies Co. Ltd., was arrested in Canada on a U.S. extradition warrant on allegations of bank fraud relating to violations of U.S. sanctions against Iran.

Mr. Cooke also questioned whether Marine Atlantic’s competitive procurement process was fair, because Stena North Sea can take advantage of China’s heavily subsidized shipping industry to reduce expenses. He said a cost-effective way could have been found to build the ferry in Canada.

“The vessels could be built stem to stern by Canadian facilities, by Canadian workers for Canadian use,” Mr. Cooke said. “We have the design know-how. We’ve got the components manufacturing and we have the yards.”

The only part of the ferry that would have to be bought outside Canada would be the engines, although Mr. Cooke said they could come from the United States, Europe and Japan.

Tara Laing, a spokesperson for Marine Atlantic, said the ferry contract was open to domestic and international bidders and was overseen by an independent fairness monitor. Ms. Laing said the fact a Chinese state-owned conglomerate would build the ship was not a factor in the Crown corporation’s decision.

“The ownership of the shipyard selected by Stena was not considered within the procurement process,” Ms. Laing said in an e-mailed statement.

CMI is one of several Chinese state-owned companies that are increasingly dominant in the global shipping industry. China controls the world’s second-largest shipping fleet by gross tonnes, and has constructed more than one-third of the world’s vessels.

Mr. Blanchet said Canada will still have to trade with China but find a way to show it is not powerless – and that Mr. Trudeau has failed at that.

“We won’t stop trading with China. The little puppy Canada is not going to hurt the big bear China – that’s not going to happen,” he said. “And politically, Canada has to demonstrate it is not quite so weak in relation to the Chinese giant, but Mr. Trudeau has been totally ineffective in demonstrating that.”