NOW PLAYING
A former RCMP superintendent is raising conflict of interest concerns about the private security arrangement for Meng Wanzhou.
VANCOUVER -- The private security company responsible for ensuring Meng Wanzhou – the high-profile Huawei executive at the centre of a high-stakes legal and political battle between the U.S. and China – doesn't violate the terms of her bail imposed by a Canadian court, has, on at least one occasion, provided security for the Chinese Consulate General in Vancouver.

Court records show Lions Gate Risk Management Group has been responsible for monitoring Meng since she was granted bail on Dec. 11, 2018, and is authorized to restrain her, if necessary, to ensure she complies with the conditions ordered by a B.C. Supreme Court justice.

A prominent member of her security detail, spotted alongside Meng throughout this week as she attended her extradition hearing in Downtown Vancouver, was also filmed working outside Beijing’s diplomatic mission during an anti-China protest on Sept. 28, 2019.

A CTV News investigation in connection with Bob Mackin of theBreaker.news, with video provided by documentary filmmaker Ina Mitchell, established the security guard admitted to working both jobs on behalf of Lions Gate.

Garry Clement – a retired RCMP superintendent with 30 years of policing experience and a decade of consulting and private investigative work – told CTV News that, in his opinion, working both jobs is a conflict of interest.

“It stinks to high heaven,” Clement, the president and CEO of Clement Advisory Group, told CTV News from Ottawa.

“I think there should be an arm’s length relationship (with China),” he added.

“I make nothing of it,” said former Vancouver police officer Leo Knight. “A professional is a professional, whatever the assignment.”

And David Perry, who spent nearly three decades with the Toronto Police Department, said while he sees how there could be a “perceived conflict” with Lions Gate guards working for Beijing while also ensuring Meng doesn’t try to escape to China, he doesn’t see it as a conflict of interest.

“It’s not like they’re working for one side, and they’re doing something shady on the other side,” said Perry, the founder and CEO of Investigative Solutions Network Inc., in Pickering, Ontario.

Clement said even so, he still wouldn’t take on both clients.

“They may not be breaking any laws or any rules, but it’s the optics of it, and I would be careful,” he said. 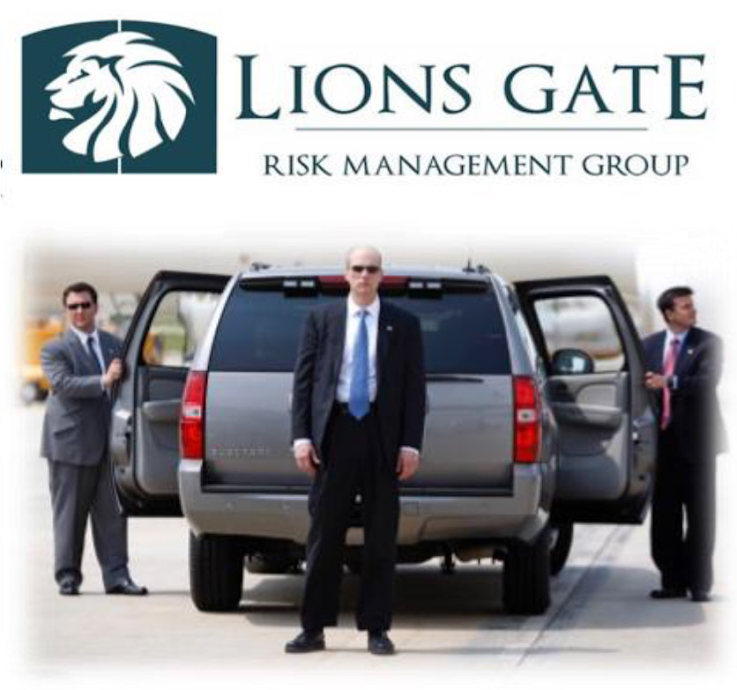 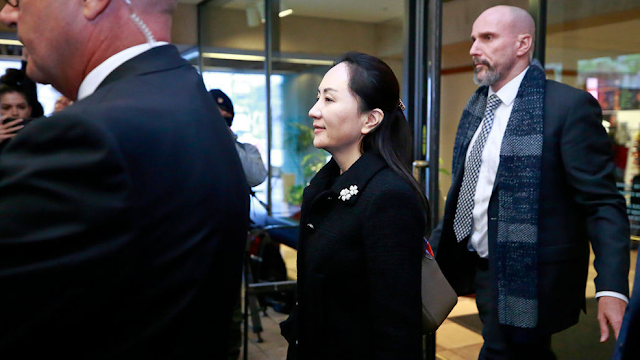 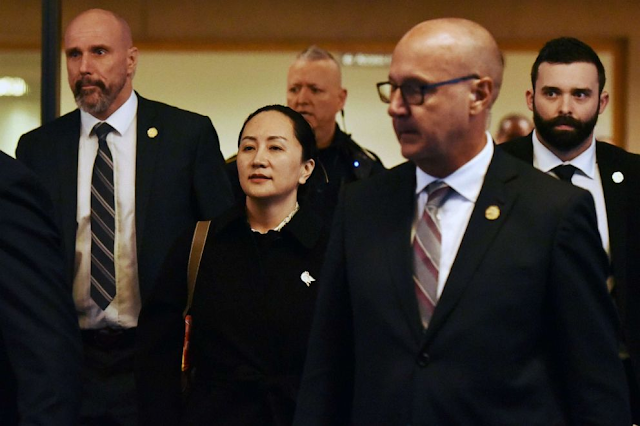 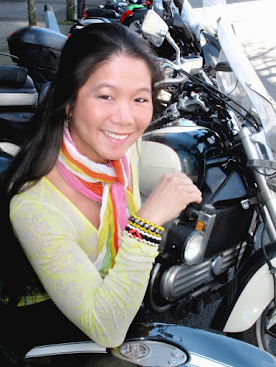 “Lions Gate is hired by clients because of our experience and expertise in providing protective and risk management services. All services are provided on an apolitical basis in accordance with security programs regulations and the laws of British Columbia and Canada. We do not comment on our clients or the services provided to them.”

Court records show Lions Gate is responsible for supervising Meng 24 hours a day, seven days a week. Employees have access to the grounds and interior of her Shaughnessy mansion as required, and also use tracking software and hardware to “facilitate situational awareness of (Meng’s) movements.”

When Meng leaves her home outside her 11 p.m. to 6 a.m. curfew, the court has required Lions Gate security members to accompany her.

“You must agree that whenever you leave the Resident, Lions Gate is authorized to take you into custody in the event that you breach any of your bail conditions,” part of the December 11, 2018 order reads.

When asked about the potential conflict of interest, Huawei spokesperson Benjamin Howes wrote: “We are unfamiliar with any of (Lions Gate's) other business and are unable to comment on these matters.”

CTV News has reviewed Meng’s bail conditions, court transcripts, and a proposal put forth by Lions Gate in December 2018.

It does not appear the question of Lions Gate’s other clients or contracts was raised.

When CTV News reached out the Attorney General of Canada to ask if he was aware a member of Meng’s detail had worked a protest outside the Chinese Consulate General, and to ask if that was a concern, a spokesperson with the Department of Justice didn’t answer the question directly.

“To date, we have no evidence that (Meng) is not complying her bail conditions,” wrote Allison Storey with the Department of Justice. “We will continue to assess and monitor matters relating to her bail.”

And, while Garry Clement said if he were running Lions Gate, he would only work with one client or the other, he also said he doubts there is any substantial risk of the company or its employees allowing Meng to flee.

“The last thing they want to do is find themselves in a breach of trust,” Clement said.

David Perry added: “The risk to you and your company, should you step outside the confines of your contract, is substantial.”

Huawei’s chief financial officer has been in Canada since she was arrested at Vancouver International Airport on Dec. 1, 2018 on behalf of the United States.

Meng is charged with bank and wire fraud in the U.S., and is accused of misrepresenting Huawei’s relationship with a subsidiary called Skycom to a bank, which U.S. authorities say then led the bank to violate U.S. sanctions against Iran.

Huawei and Meng have repeatedly denied the charges.

The first phase of the Huawei executive’s extradition hearing wrapped up in B.C. Supreme Court on Thursday.

The justice must now decide whether Meng’s alleged crimes would also constitute a crime in Canada, a principle called double criminality that is a necessary component for extradition.

Even if the justice finds in Crown’s favour, Meng’s legal team has vowed to appeal and to present arguments in June that her Charter rights were violated by Canada Border Services Agency and RCMP when she was detained and arrested. CBSA and RCMP deny any wrongdoing.

Court dates have already been scheduled as late as November 2020.

Feb. 17, 2021 – On Jan. 13, Wanzhou Meng, also known as “Cathy Meng” and “Sabrina Meng”, brought an application for variation of the terms of her bail conditions. Meng is facing extradition to the United States to face fraud charges. On Jan. 29, a Canadian Court denied the application. The Court’s reasons are summarized as follows.

Meng is the chief financial officer and deputy chairwoman of the Chinese technology company Huawei, where she has worked since 1993. She is a citizen of China, and is neither a citizen nor a permanent resident of Canada, although she and her husband, Xiaozong Liu, owns two houses in Vancouver.

Meng was arrested on Dec. 1, 2018 during a stopover at Vancouver International Airport, where she was to board a connecting flight to Mexico. Following her arrest, Meng applied for bail (known by the courts as a judicial interim release). The United States opposed her release and sought an order for her detention.

On Dec. 11, 2018, following a three-day hearing, the Courts in Vancouver decided Meng could be released upon her entering into a recognizance in the amount of $10 million, including a cash deposit of $7 million and with five or more sureties in the total aggregate amount of $3 million, with one of those sureties being Scot Filer from Lions Gate Risk Management Group (”Lions Gate”), in the amount of $1,000.

The Canadian Court also required Meng to live with a residential surety (under residential supervision). The residential supervisor appointed was Scot Filer and his company, Lions Gate Security. Filer was ordered to  provide around the clock (24/7) supervision and surveillance to ensure Meng’s compliance with all conditions of her judicial interim release. Meng agreed to pay the costs of Filer’s supervision. 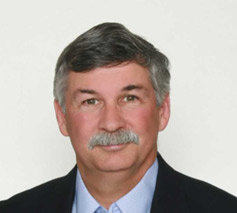 Meng has now lived with Filer and his security team for 25 months but has sought a variation of her bail conditions that would permit her to leave her residence during non-curfew hours without Lions Gate’s supervision or physical surveillance.

Meng’s husband, Xiaozong Liu, filed an affidavit indicating that when visiting his wife, he and his children were not allowed to accompany her when she leaves the residence in a vehicle. He testified that they have to drive separately because of the presence of Lions Gate security personnel who are required to be in a vehicle with Meng. 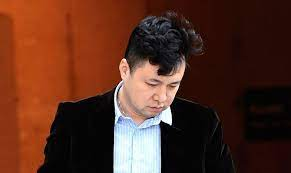 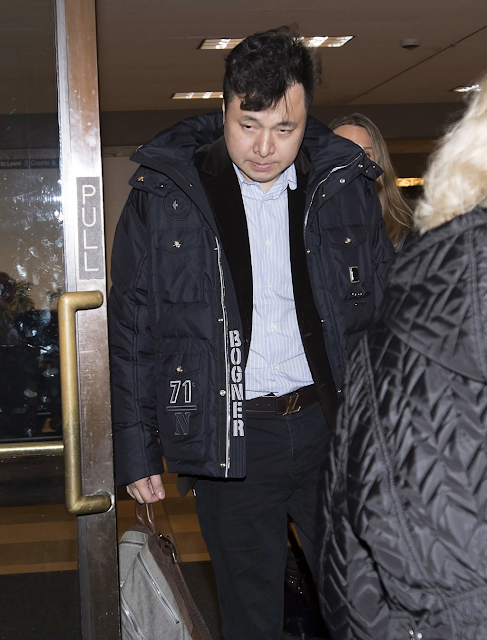 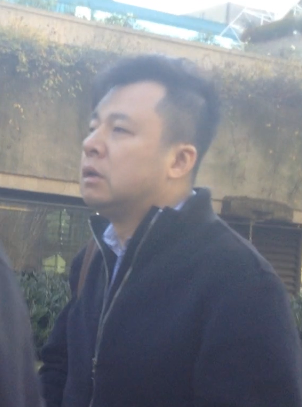 Liu further testified that as a family, they used to go to the grocery store, coffee shops, shopping malls and playgrounds together. While COVID-19 has made these outings more difficult, it is even more challenging with the presence of Lions Gate security personnel. He testified that their children are afraid of being identified by the public due to presence and proximity of Lions Gate security personnel.

The Court also heard evidence from Douglas Maynard, the chief operating officer of Lions Gate. He testified that the risks are not so much those of Meng intentionally breaching her conditions, but risks of others trying to “extract” her from Canada, as well as other potential risks to her safety. Lions Gate, as well as the United States, advised the Court that the requested bail variations should be denied. 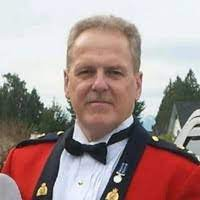 The Canadian Court agreed with the United States and Lions Gate Security—meaning that for the indefinite future Meng will continue to wear an ankle bracelet and spending every moment of the day with Lions Gate Security personnel.
Posted by Conan Doyle at 6:35 PM