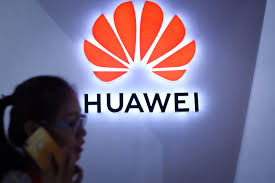 pdated, July 30: Further proof this week that Huawei inhabits two parallel universes, as staggering quarter-two sales in China have propelled the company past Samsung to lead the global market for the first time. This comes despite damaging new U.S. sanctions. Huawei’s headline role in the standoff between the U.S. and China has seemed to diminish in recent weeks, but only because TikTok has been running interference. In reality, little has changed.

Restricted internationally, Huawei continues to use China to shore up its balance sheet and keep up its overall global sales numbers. The company’s domination at home reached new heights last quarter. Its stunning 46% market share was more than its three local rivals—Vivo, Oppo and Xiaomi—managed between them. All three saw year-on-year sales plunge around 30%, while Huawei saw its own share grow 14%.

Such has been the strength of its sales in China, that Huawei has now finally beaten Samsung to the global top spot for a full quarter. The figures

In reality, this worldwide result comes from Samsung’s year-on-year sales decline of 30%, given the impact COVID-19 has had on demand. Huawei surprised many when it first secured the world’s

Huawei has obviously needed its home market to pick up significant slack given the sales slowdown in international markets, where its blacklisted new phones ship without Google and have found it hard to secure a foothold. Google is banned in China—the U.S. blacklist makes no difference to sales. And so quarter-two China sales growth, from a 33% share last year to 46% this year, is what was needed.

This has been a bruising first half to the year for Huawei,

But there may be some unexpected light at the end of this tunnel, with the news this week that Huawei’s dominance of 5G patents might include a few that its rivals can’t live without in key markets where the Chinese giant finds itself excluded.

Behind the headlines, though, there is a serious issue for Huawei in China. It had spent the best part of a decade reducing its reliance on its domestic market, and now those advances have been reversed. Reports that

The double-whammy of the latest U.S. sanctions is that it will hit both 5G equipment and smartphone sales, which account for the vast majority of Huawei’s revenues. The question now for Huawei, remains just how far it can push its dominance at home to compensate for softening sales elsewhere. That decline is impacting 5G sales as well as Google-less phones, making the task significantly harder.