The RCMP are investigating whether two scientists dismissed from Canada’s top-security infectious-disease laboratory passed on Canadian intellectual property to China, including to the Wuhan Institute of Virology.

The investigation centres on the possibility that materials such as plasma DNA molecules, which could be used to recreate vaccines or viruses, were transferred to Chinese authorities without the approval of the Public Health Agency of Canada (PHAC), according to a source with direct knowledge of the matter.

The Globe and Mail has also learned that the RCMP have been informed that Xiangguo Qiu and her husband, Keding Cheng, recently relocated to China after they were fired in January from the National Microbiology Laboratory (NML) in Winnipeg.

As part of the criminal probe of the couple, the source says the RCMP investigation has expanded to determine how two People’s Liberation Army scientists gained access to the Winnipeg lab, a Level-4 facility equipped to handle some of the world’s most dangerous viruses.

The Globe is not identifying the source because they were not authorized to discuss the RCMP investigation. The probe began in July, 2019, when the couple and an unknown number of students from China lost their security clearances and were escorted out of the Winnipeg facility.

The RCMP declined to discuss the nature of the investigation or whether Dr. Qiu and her husband are now in China.

“We are not in a position to respond at this time. The investigation is continuing,” Corporal Julie Courchaine of the Manitoba RCMP division said in a statement. 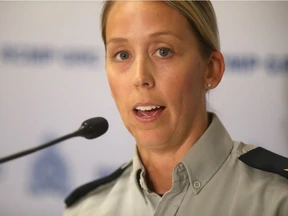 Gary Kobinger, who shared a 2018 Governor-General’s award with Dr. Qiu for groundbreaking research on Ebola, told The Globe that the RCMP are investigating whether the couple transferred PHAC intellectual property to China. He was interviewed by the RCMP in March, he said.

“Their angle really was intellectual property. Did she remove material out of NML,” Dr. Kobinger said. “They asked if I thought it was likely, possible that she could have removed material.”

The Public Health Agency of Canada has described the reasons for their departure as an “administrative matter” and “possible breaches of security protocols” at the infectious-disease lab. It has declined to say more, citing privacy and security considerations.

After opposition MPs passed a motion to obtain unredacted records on why the two scientists were fired, the Liberal government said it could not release the information because it contained sensitive national-security matters. The government has since gone to the Federal Court of Canada to block the information from being provided to Parliament.

Dr. Kobinger said MPs have the right to know why the two scientists were fired and he believes Dr. Qiu would agree.

“They should have got the consent from Qiu. I am sure she would have said no problem. She wanted this cleared up as soon as possible,” he said.

He said he told the RCMP that there should be no reason for Dr. Qiu to take material out of the lab. “Qiu is at the level she doesn’t need to bring anything out. She can just redo everything,” he said.

He confirmed what The Globe reported in May that the Canadian Security Intelligence Service urged the removal of the two scientists, relating to their travel to China and collaboration with Chinese scientists.

“In that context, she was flagged by CSIS as maybe sharing intellectual property with people in Wuhan without proper documentation,“ he said.

Dr. Kobinger, who worked at NML with Dr. Qiu until 2016 and is now director of the Research Centre on Infectious Diseases at Laval University, said he last spoke to Dr. Qiu in late December. She assured him that she did not do anything illegal.

“First, she had lost a lot of weight with all the stress. She was so convinced that this was all a misunderstanding … and she would go back to her job,” he said. “She has been hammered. Her career has been destroyed with all this. She was one of the top female Canadian scientists of virology and Canada has lost that.”

Dr. Qiu was the former head of the Vaccine Development and Antiviral Therapies section in Special Pathogens program at the Winnipeg lab, and travelled frequently to China, including repeated visits to the Wuhan Level-4 lab. In late May, The Globe revealed that she and her husband collaborated with Chinese military scientists on experiments and co-authored papers on deadly pathogens such as Ebola, Lassa fever and Rift Valley fever.

One of the Chinese researchers, Feihu Yan of the People’s Liberation Army Academy of Military Medical Sciences, worked for a period of time at the Winnipeg lab. In a December, 2018, paper co-authored with Dr. Qiu, he listed an affiliation with NML and the department of Medical Microbiology at the University of Manitoba. The university recently told The Globe that they had no record of him being registered there. 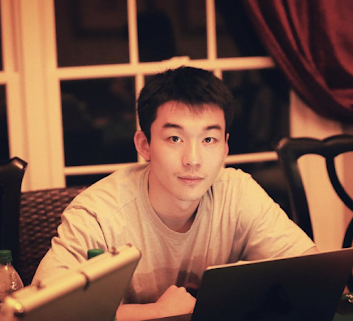 The source said the RCMP have since learned that a second PLA scientist worked at NML. The Globe has not been able to identify this scientist.

The Globe reported that Dr. Qiu was able to bring into the Winnipeg lab graduate and postgraduate students from China who were studying under her at the University of Manitoba.

The government said no new collaborations on research projects have been initiated with China, and all co-operation with the Wuhan Institute ended in the summer of 2019, when the couple’s security clearances were revoked.

The couple own two homes in Winnipeg, including a rental property. A third property, which they also own, is in cottage country in Gimli, Man.

In June, The Globe was unable to find anyone living at the couples’ principal residence, valued at $1.2-million, and located in the suburbs. A nearby neighbour, who did not want to be identified, said no one has been living at the residence for at least the past six months. A man comes periodically to check on the property, and to do a little yard work, the neighbour said.

A second property, valued at $524,000, is rented to two international students from China. The students did not give their names but told The Globe that they believe their landlords moved to Vancouver and had no idea if they would be returning to Winnipeg.

They said they had no e-mail or phone number for them and that they communicated with the couple and pay their rent through WeChat, a Chinese-language social-media app.