China Wants Your DNA—and It's up To No Good

China Wants Your DNA—and It's up To No Good

"We need to further harmonize policies and standards and establish 'fast tracks' to facilitate the orderly flow of personnel," said Chinese ruler Xi Jinping to the virtual G20 Leaders' Summit on November 21. "China has proposed a global mechanism on the mutual recognition of health certificates based on nucleic acid test results in the form of internationally accepted QR codes. We hope more countries will join this mechanism."

No, this is not a benign proposal to facilitate international travel and trade. On the contrary, this is almost certainly another Chinese initiative to enlarge its collection of the DNA of the world's population.

And why does China want such sensitive data? Beijing is determined to dominate the biotech industry. Beijing may also be developing biological weapons designed to target certain ethnic groups.

In any event, the Chinese Communist Party's relentless efforts to collect health data should be alarming the rest of the world. China's state media claim the country already has the world's largest database of genetic material—80 million profiles—but Beijing wants more.

Xi, in his remarks, did not propose a mandatory system of QR codes, but that is what he apparently has in mind. The Communist Party's Global Times has recently been advocating a "green health code as a prerequisite for flight boarding."

Already, the Chinese embassy in Canada has announced that China-bound passengers must have a QR code with a mark denoting either Chinese citizen or foreigner. The code is a replacement for the current requirement that passengers present COVID-19 test results prior to boarding.

The Chinese embassies in South Korea, France and the U.S. have similar requirements. Travelers from Singapore on December 1 will be able to enter China with a green QR code.

There are, of course, hard-to-solve privacy concerns with a mandatory QR code. Who is going to trust any national government with information about health and travel information?

And who would administer such a system? Raina MacIntyre of the University of New South Wales, in the words of CNN, "suggested that a central database of information managed by the World Health Organization or a United Nations agency might be the least controversial way of creating a COVID tracking app."

The World Health Organization (WHO) would perhaps be the least trusted administrator, especially because that body has a questionable relationship with Beijing. WHO, after all, knew the coronavirus was highly contagious but nonetheless issued a January 14 tweet that helped China propagate the false narrative that the disease was not readily transmissible. Moreover, WHO took other actions, without justification, that made itself complicit in Beijing's spread of COVID-19 beyond that country's borders.

There is, in short, no trusted administrator of a QR system. Nonetheless, a system is coming because countries and airlines want assurances that travelers are not carrying the coronavirus. Qantas CEO Alan Joyce, for example, this month talked about requiring passengers to get a COVID-19 vaccine, so some sort of electronic vaccination passport is on the way. Early next year, the International Air Transport Association will roll out a digital health pass.

If a digital health pass does not give China legal access to underlying travel and health data, Beijing will undoubtedly steal it. Chinese hackers have been continually targeting insurance and health care companies. Most notably, they obtained from Anthem, America's second-largest health insurer, the personal information of 80 million insured and employees in an attack that was discovered in January 2015.

Beijing is building its massive DNA database in many ways. For instance, it is conducting Phase 3 trials of its coronavirus vaccine outside China.

In Morocco, Chinese officials strong-armed the government to test China's vaccine on its people. Beijing gets the test data, which includes the DNA of Moroccans. China is also trying to impose coercive terms—its officials privately say countries not participating in such trials will not get access to the vaccine—on Nigeria and much of the rest of Africa.

China is also getting the DNA of Americans by buying American companies. China's BGI Group may now have the largest database on Americans after acquiring Complete Genomics in 2013. This year, GNC, which holds customer profiles, was sold to a Chinese entity, Harbin Pharmaceutical Group.

Another Chinese technique is to offer low-cost "large-scale genetic sequencing" to ancestry and other businesses. Ancestry firm 23andMe's chief security officer says China is looking at the firm for its genetic data. There were, as of last year, 23 Chinese-associated companies accredited to perform genetic testing of Americans.

While Beijing is hoovering up American genetic data, it is prohibiting the transfer of Chinese data to foreigners. The State Council announced new restrictions in May of last year, and officials are stepping up efforts to punish genetic data transfers.

Xi Jinping is apparently up to no good. Bill Gertz of The Washington Times reported in May that American officials are concerned that China may have been experimenting with, in Gertz's words, "germ weapons capable of attacking ethnic groups." 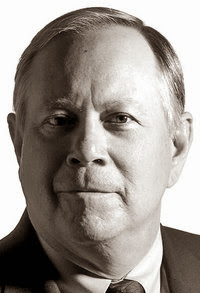 "Forget Hiroshima," Jonathan Bass, who studies China's collection of genetic data, said to Newsweek. "We have entered a new era of war."