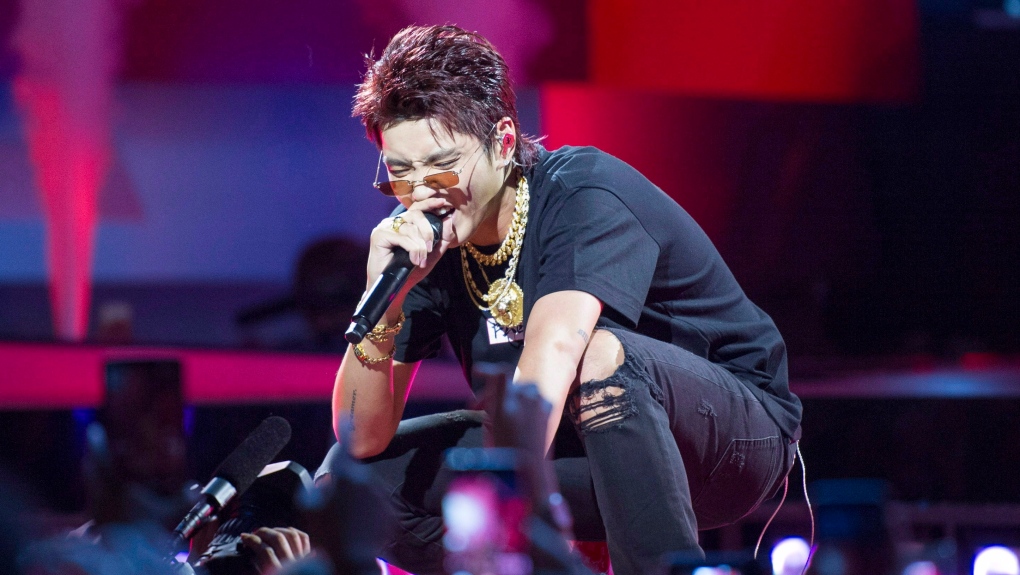 Kris Wu performs at the iHeartRadio MMVAs in Toronto on Sunday, Aug. 26, 2018. THE CANADIAN PRESS/Christopher Katsarov

TORONTO -- This story includes discussion of sexual assault. If you or someone you know needs help, please call the National Sexual Assault Hotline at 1-800-656-4673.

Accusations of predatory behaviour, including with underage teenage girls, against Chinese-Canadian celebrity Kris Wu have sparked online #MeToo discussions in China and prompted a number of brands, including Porsche, to end their relationship with the A-list superstar.

Posts about the 30-year-old singer and actor dominated Weibo, China’s Twitter-like microblogging platform, with numerous posts each generating hundreds of thousands of retweets and comments.

In a series of Weibo posts that had tens of millions of likes, and in an interview with China’s NetEase Entertainment on Sunday, Du Meizhu accused Wu of luring her and others for sex under the pretense of job opportunities, with late evening auditions and fan meetings. She said she met Wu when she was 17 at one such “audition,” where she alleged she was dragged into games, drinking, prevented from leaving, and had her phone taken away. She said she woke up in Wu’s bed after passing out, but was afraid to leave. He made promises to take care of her and bring her to see his mother for New Year’s, Du said, but the relationship did not last and she never met anyone from his inner circle.

“I hate him, I hate it so much … and I hate myself even more. So much that I want to commit suicide,” Du said in the interview, where she alleged there were more than half a dozen others like her, including minors. She said she did not want to see more victims hurt and plans to launch legal proceedings, adding she was no longer scared.

Wu issued a statement on Weibo on Monday with a strongly worded denial of the allegations detailed in Du’s weekend interview, adding he only met her once at a gathering of friends in December 2020. His studio issued two follow-up statements on Weibo calling Du’s posts “fake” and the details fabricated, adding they had begun taking legal action against “defamatory” accusations.

By Monday, a number of prominent Chinese companies announced they had terminated their relationship with Wu, including Tencent Video, Shanghai cosmetics brand Kans, and detergent manufacturer Liby. Other brands like Kiehl’s took down posts about him on Weibo. Wu is also an ambassador for international luxury goods including Louis Vuitton and Bulgari. The LVMH Group did not respond to queries on the status of Wu’s relationship with their brands at the time of publication.