Netease Technology News, July 12, according to foreign media reports, according to the public prosecution indictment, a Chinese-American engineer was accused of stealing the secrets of the motorcycle manufacturer.

According to US prosecutors, a software engineer from a motorcycle manufacturer in the suburbs of Chicago was accused of stealing trade secrets and sharing relevant content with a Chinese company he currently works for.

The prosecutor said in a statement on Thursday local time that 57-year-old Xudong “William” Yao (Xudong “William” Yao, transliteration) was charged with nine counts of stealing trade secrets. The statement stated that Yao Xudong has become a citizen of the United States. The indictment alleges that it stole more than 3,000 copies of electronic files containing proprietary technical information and software source code. 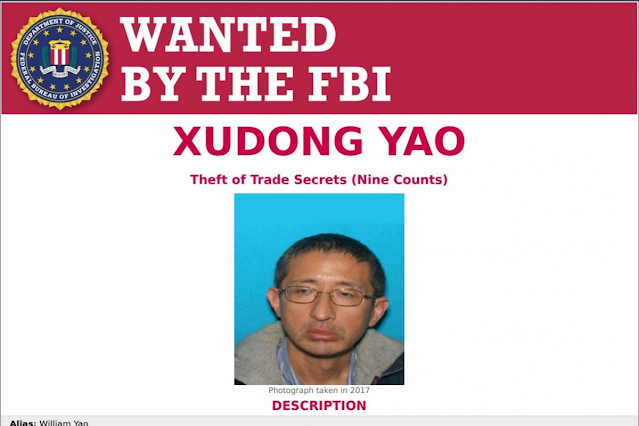 The indictment stated that the related theft occurred two weeks after Yao Xudong started working for the American company in 2014 and lasted for about six months until February 2015. During this period, Yao allegedly applied for a job with a Chinese company that provided GPS positioning systems for cars, and later got a job with that company.

A few months before Yao Xudong left the Chicago company for China, he was fired by the company for some unrelated reasons. The indictment stated that he was suspected of stealing 9 copies of source code and information about how the code works. US prosecutors said that Yao Xudong was indicted in December 2017, but the indictment was not made public until Wednesday local time. 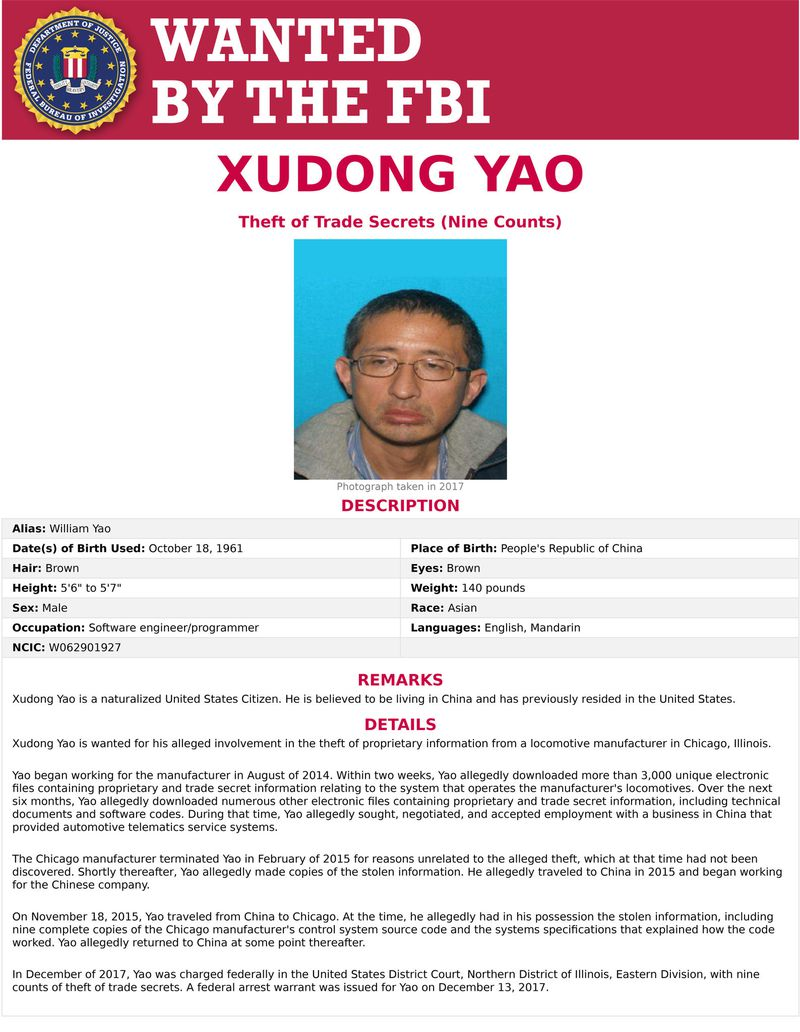