Northern border along Arctic, not southern, is what worries NORAD leaders

Northern border along Arctic, not southern, is what worries NORAD leaders 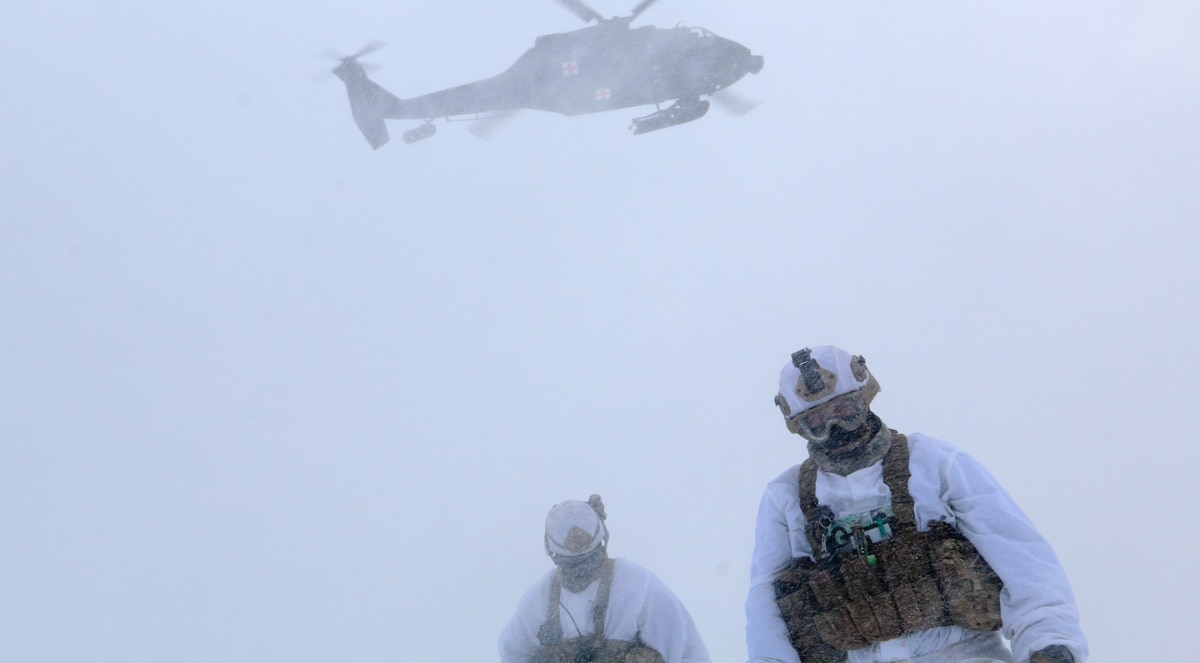 The opening of the Arctic and the stirring of Chinese interest along the U.S. and Canadian northern borders is a major worry for the top officer at U.S. Northern Command and North American Aerospace Defense Command.

Air Force Gen. Terrence O’Shaughnessy told senators Tuesday that geography is no longer the buffer that it once was.

“[China and Russia] both have … established a noticeably stronger foothold in the Arctic along the northern approaches to the United States and Canada,” O’Shaughnessy told the Senate Armed Services Committee Feb. 26. “As a result, the strategic value of the Arctic as our first line of defense has re-emerged and USNORTHCOM and NORAD are taking active measures to ensure our ability to detect, detract and defeat potential threats in this region.”

Focusing on the northern border also aligns more with the 2018 National Defense Strategy, which singles out China as the emerging power and Russia the  revisionist power.

One of the focal points for Arctic concern is Alaska; many intercepts of Russian aircraft are made near its borders.

At a June 2017 conference, Maj. Gen. Laurie Hummel, then-adjutant general of the Alaska National Guard, said that Russia has been bolstering its Arctic reach with more than a dozen new airfields, 16 deep-water ports, tactical air power, dedicated training centers, and the stationing of paratroopers and electronic warfare units.

Icebreakers are instrumental in opening sea routes through Arctic ice for commercial shipping, scientific exploration and military operations. Nuclear power prolongs the time an icebreaker can be out of port opening sea lanes

The Coast Guard Cutter Polar Star, a high endurance icebreaker homeported in Seattle, sits on the ice in the Ross Sea near Antarctica while underway in support of Operation Deep Freeze in early 2015. (Coast Guard)

“They’re building 14 more, including nuclear-powered icebreakers, weaponized icebreakers,” Sullivan said. “We’re finally getting our act together on that. Last year’s [National Defense Authorization Act] authorized six. … But do we have the required capabilities to answer the Chinese challenge in the Arctic?”

On paper, the U.S. has four icebreakers, according to O’Shaughnessy.

“In reality, we have one that’s actually [at] a polar level,” he said, adding that the U.S. Coast Guard Cutter Polar Star is the only one operational.

But at 43 years old, it also suffers constant mechanical issues.

The strategies and statements of America's peer competitors indicating their intent to use advanced weapon systems erode the sanctuary that North American geography once afforded.

The need for Arctic military capabilities is not solely relegated to icebreakers, however.

In November, the U.S. and its NATO allies held a massive joint exercise in the Arctic known as Trident Juncture, which focused on preparing ground, naval and air forces for operating in freezing temperatures should the alliance need to defend northern territory against an aggressor nation.

As it stands, America’s peer adversaries still see the Arctic region as a vulnerability for the U.S.

The Arctic is considered a focal point of potential conflict due to the reservoir of hydrocarbons and fisheries that are expected to become more accessible as the region warms.

While China does not have territorial rights to Arctic resources, as the U.S., Canada and Russia do, the country has nevertheless attempted to develop “a self-defined Arctic identity as a ‘near-Arctic state,'" according to a European Parliamentary Research Service report from May 2018.

“[China] sought — and in 2013 gained — observer status in the Arctic Council, to prepare the ground for a future expanded foothold in the region,” the report reads.

China’s expanded foothold was also bolstered by the “2016 launch of construction of the first Chinese-built nuclear-powered icebreaker polar research vessel Xue Long 2,” according to the European Parliament report.

A new cold war: How the Army is preparing for a fight in the Arctic

Russia's Arctic buildup has gotten some attention from the U.S. military, but some say the Army is still unprepared for an extreme cold-weather fight.

U.S. Army Alaska, the ground force defending much of the U.S. territorial claims near the Arctic, includes a combined force of 25,000 active duty, National Guard and Reserve troops.

Using training ranges at locales like Joint Base Elmendorf-Richardson, the Army has been working to increase its troops’ exposure to the cold through airborne operations, medical evacuation training and armored vehicle deployment exercises.

The 75th Ranger Regiment even returned to Alaska in 2014 to train for the first time since 2001 at the U.S. Army Alaska Northern Warfare Training Center.