The 20,000 square foot mansion which served as an illegal casino that was busted by York Regional Police was allegedly run by Wei Wei, a Chinese government delegate who had met with Justin Trudeau twice during cash-for-access fundraisers.

Charges were laid and $10 million in property was seized, including "11 guns and more than $1 million in cash," York Regional Police said in a press release. An assault rifle was also seized from Wei's bedroom, reports The National Post.

Wei has been known to meet with Trudeau on several occasions, including during Trudeau's controversial 2016 cash-for-access fundraisers with influential Chinese Canadians, something the prime minister said was a part of an effort to attract Chinese investment.

Wei also served as a part of a four-person delegation representing the Communist Party of China that met with Trudeau in that same year. A member of the delegation would end up donating $1 million to the Trudeau Foundation, including $50,000 to erect a statue of former Prime Minister Pierre Trudeau, according to The Globe and Mail.

The event, held in the home of the chair of the Chinese Business Chamber of Commerce Benson Wong, with plates costing $1,500 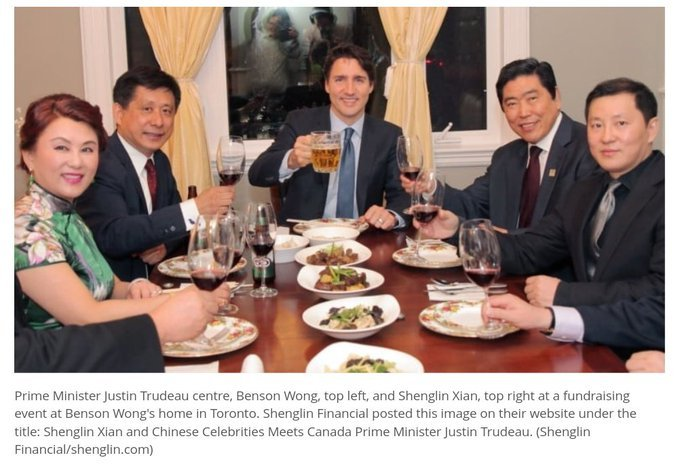 Police said that Wei's alleged illegal casino was a part of a larger and ongoing investigation into organized crime.

"While the total value of these seizures is significant, this is only the start of our efforts to dismantle organized crime groups who are operating illegal gaming operations in York Region," said Chief Jim MacSween in a press release.

"The money moving through these underground casinos leads to huge profits for criminals that fund other ventures such as prostitution and drug trafficking. This illegal high-stakes gambling also leads to gun violence, armed robberies, kidnappings, extortion and other serious violent offences within our community.

"We will continue to target organized crime in York Region and use every tool at our disposal, including forensic accounting, to ensure these criminals are held accountable."

In total, 45 people have been arrested and 33 of them have been charged with more than 70 criminal offences. The investigation is on-going.

Of those 45, Wei, his wife, and their 25-year-old daughter were charged with keeping a common gaming house and other offences.