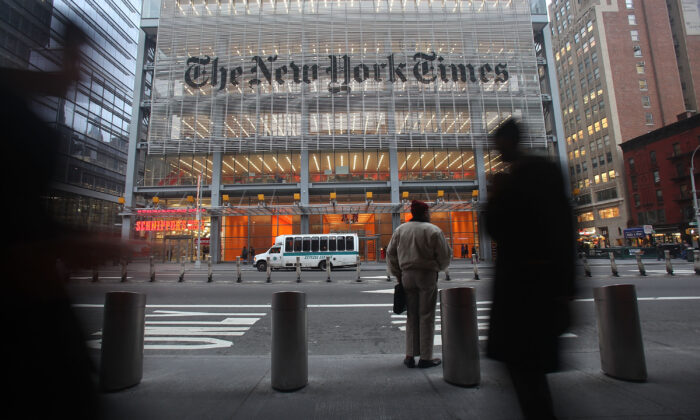 BY THE EPOCH TIMES

The New York Times on Oct. 24 published an article by tech columnist Kevin Roose about The Epoch Times. The article was published on the front page of the NY Times’ Sunday edition on Oct. 25. 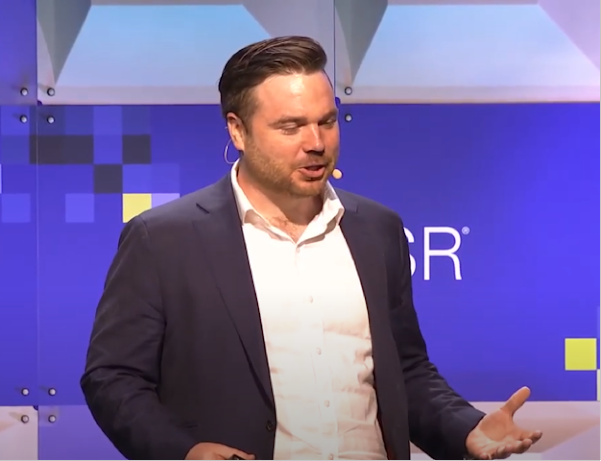 Roose worked on this article about The Epoch Times for at least eight months. The result, however, is disappointing. Instead of attempting to give a fair portrayal of The Epoch Times as an up-and-coming media outlet, Roose resorts to factual errors, innuendo, and misrepresentations in an attempt to smear a competing media outlet.

Furthermore, previous social media comments made by Roose and NY Times media columnist Ben Smith (who contributed to Roose’s article) about The Epoch Times, in which they appear to discuss a collective effort against The Epoch Times, raise questions about the intent behind this article (see the section “Personal Bias” below).

At the heart of the article is the NY Times’ apparent discontent with the fact that The Epoch Times has become—in the NY Times’ own words—“one of the country’s most powerful digital publishers.” The article could easily have been written as a success story of a group of Chinese Americans who cherish their First Amendment rights and have succeeded in growing a large independent media outlet.

Instead, Roose relies on words such as “secretive” and attempts to tie us to an unrelated outlet, in order to call into question the quality of our award-winning journalism.

Roose takes particular issue with our critical position on the Chinese Communist Party (CCP) and its ongoing human rights abuses. He downplays accounts of the abuses taking place, claiming they “veer into exaggeration.” This unusual defense and appeasement of the CCP is morally questionable. For years, the NY Times has sought expanded access to the Chinese market and accepted millions in advertising revenue from Chinese state-owned media entities.

Roose included a number of glaring factual errors, despite having been informed of their inaccuracy before publishing.

For example, Roose writes that “perhaps the most audacious experiment was a new right-wing politics site called America Daily.”

The Epoch Times has no connection with this media organization, as was pointed out to Roose in response to his questions via email.

Roose himself provides no evidence to back up this claim, instead pointing to a former Epoch Times employee who worked for America Daily. This involvement, however, came after this employee had left The Epoch Times; it has no connection to The Epoch Times.

It makes no sense to hold The Epoch Times responsible for the actions of a former employee working for a different media company. At the same time, this shows the lengths that Roose went to in an attempt to make The Epoch Times look bad by tying it to unrelated entities.

Roose in his article also uses innuendo to imply that The Epoch Times’ growth on Facebook was somehow the result of “click farms.” Roose provides no evidence for that claim, however. As stated to Roose in an email in response to his questions, The Epoch Times “utilized Facebook’s own promotional tools to gain an increased organic following, not through ‘bots’ or ‘fake accounts’” as Roose incorrectly suggested.

Roose also writes in his article that The Epoch Times has “been one of the most prominent promoters of ‘Spygate,’ a baseless conspiracy theory involving claims that Obama administration officials illegally spied on Mr. Trump’s 2016 campaign.”

In reality, The Epoch Times has never “promoted the QAnon conspiracy theory” nor has it published inaccurate information about “voter fraud and the Black Lives Matter movement.”

For example, Roose interviewed Chinese dissident Guo Wengui for his article, but his comments weren’t included. In a YouTube video, Guo says he told Roose (who, Guo said, suggested the article would be about Guo, only to present him with questions about The Epoch Times during the interview) that The Epoch Times is “excellent” and “brilliant.”

He also praised The Epoch Times for its fearless reporting in Hong Kong in the face of CCP intimidation.

“I respect them very much. Epoch Times is standing in the streets of Hong Kong with their cameras, directly pointing to the CCP, livestreaming. Do you think that’s easy?” Guo said he told Roose.

Guo also questioned Roose: “Why don’t you go after the CCP? … What kind of mainstream media are you?”

None of Guo’s comments made it into Roose’s article. Is it common for the NY Times to only include quotes from people who speak negatively about a topic they cover? How is this not an example of severe bias?

Social media posts by Roose indicate he had his mind made up about The Epoch Times before he ever reported on us. In a now deleted series of tweets published in November 2019, he mocked The Epoch Times and its critical position on communism.

In a separate series of tweets in December 2019, Roose and three other journalists suggested they should have received “a bounty” from Facebook for getting the company to ban Epoch Times advertisements.

Roose joined in the fun by commenting, “god we would all have so many vacation homes by now.”

While the tone of the tweets is jovial, three of the four journalists—Roose, Smith, and NBC News reporter Ben Collins—have been involved in public attacks on The Epoch Times. Smith also contributed to Roose’s article. 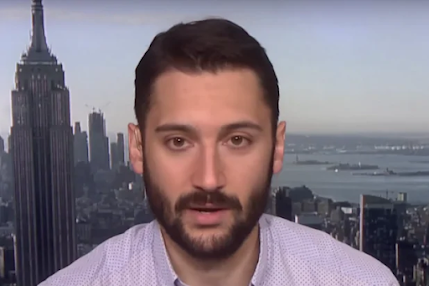 Roose’s use of “we” in this comment, and the mere fact that journalists from competing outlets would celebrate together a misfortune suffered by The Epoch Times, raises this question: Have they engaged in a coordinated and premeditated campaign against The Epoch Times?

Moreover, where do the NY Times editors stand on this expression of bias and possible collaboration?

Roose also ignores a large body of evidence showing that the CCP kills prisoners of conscience, especially Falun Gong practitioners, but also Uighurs and Mongolians for their organs, and instead describes it as an “accusation.”

This plays right into the hands of the CCP, which for years has worked to influence American media outlets.

Articles like this are extremely valuable for the CCP, as it can use them for its internal propaganda efforts to justify its ongoing persecution campaigns. The NY Times itself translated a previous article about The Epoch Times by Roose into Chinese.