Watch: Stiff-Looking Biden Says 'What am I Doing Now?' Two People Have to Show Him Where to Stand 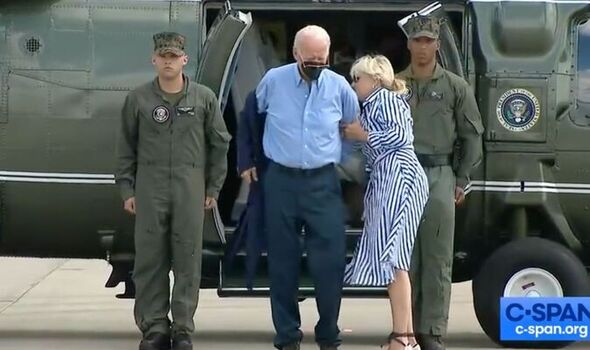 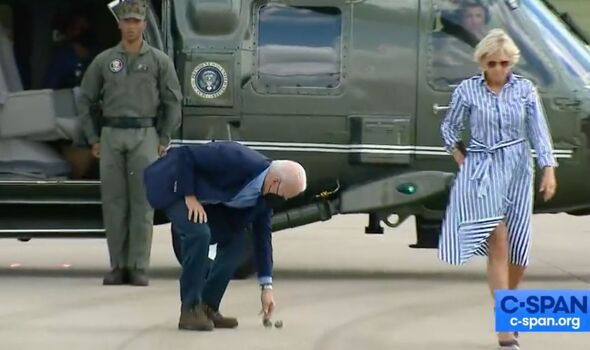 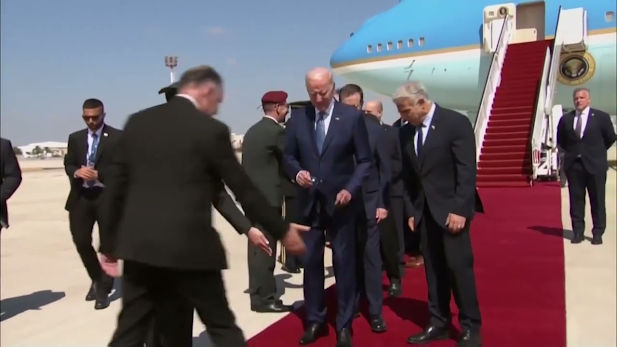 Let’s just say, he doesn’t look like the leader of the free world.

President Joe Biden kicked off his high-stakes trip to the Middle East on Wednesday — including stops in Israel and Saudi Arabia — with an appearance at Israel’s Ben Gurion Airport outside Tel Aviv.

He got a red carpet welcome, of course. The big problem was that he looked like he didn’t even know where to put his next step.

“What am I doing now?” a seemingly befuddled Biden asked the Israeli entourage, which helpfully pointed him toward the middle of the carpet while Biden followed with faltering steps.

It might not have been as embarrassing as Biden’s notorious amble past Secret Service agents at the White House in August of 2021 when it looked like he might be the subject of a Silver Alert.

But it wasn’t exactly the kind of portrayal of American leadership Biden’s country, and the rest of the world, have relied on in the seven-plus decades since the end of World War II.

And Biden’s citizens back home — the ones who care about the country, anyway — were cringing:

Related:
'MAGA Republicans' Not Happy About Being Called a Foundational Threat to America, Sound Off After Divisive Biden Speech

But this one summed it up perfectly:

“Our enemies are laughing and our allies are terrified,” the user wrote, capturing in nine words what 17 months of the Biden presidency have meant for the world.

The man who started his presidency by both declaring war on his own country’s energy industry while at the same time inviting an invasion of illegal immigration across its southern border has been just as disastrous in world affairs.

His obscene abandonment of Afghanistan to Taliban savages let every major rival of the United States — China, Russia — and even outright enemies like the Islamic Republic of Iran know just how weak the hand is on the wheel of American foreign policy. Biden’s obsession with recreating the appeasement of the Iran nuclear deal has Israel justifiably alarmed.

Has the Biden presidency damaged American standing in the world?

Now, they know how weak his feet are, too.

It might be hard to remember now, and God knows the establishment media won’t be any help bringing it up, but the United States during the Donald Trump presidency not only had a roaring economy and energy independence, but was making real progress in world affairs toward lasting peace. (Can anyone imagine how the establishment media, which went into overdrive when Trump walked slowly down a slippery ramp, would have reacted if the 45th president had behaved this way on foreign soil?)

Israel, surrounded by enemies since its birth, achieved promising agreements in the Abraham Accords with the largely Arab states of the United Arab Emirates, Sudan, Morocco and Bahrain.

At home, instead of surrendering the southern border to illegal aliens and criminal cartels, he clamped down on illegal immigration and renegotiated American trade relationships with Mexico and Canada.

And in case anyone didn’t notice, Russian President Vladimir Putin didn’t invade Ukraine — or anyone — while Trump was in the White House.

Now, thanks to the 2020 election and its aftermath, the United States has gone from a global leader to a follower, under the faltering leadership of a doddering, almost certainly corrupt man who can’t seem to find his way to the middle of a red carpet in a blazing Israeli sun.

He doesn’t look like the leader of the free world, because he’s not. And it’s a mistake this country is going to be paying for decades to come.