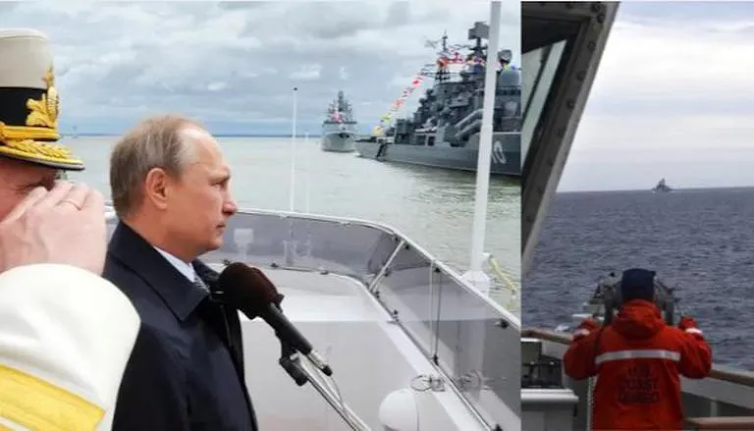 The U.S. Coast Guard cutter vessel Kimball initially spotted a Chinese guided missile cruiser about 86 miles off of the coast of the Alaskan island Kiska, according to Arctic Today.

Later on, the Kimball’s crew spotted six more warships: two from China’s People’s Liberation Army Navy and four from the Russian Navy. One of the Russian ships was a destroyer.

The ships were sailing in unison with the missile cruiser within the U.S. exclusive economic zone, according to the outlet.

A senior Arctic analyst at the Wilson Center’s Polar Institute, Marisol Maddox, told Arctic Today that Russia is allowing China into its water space since most Russian forces are “tied up” in Ukraine. Plus, Maddox called the joint operation a “power projection move,” which shows that China is willing to collaborate with Russian forces on a public level.

The Kimball is a 418-foot vessel, according to the Navy Times.

The Alaskan District Commander, Rear Adm. Nathan Moore clarified that the joint operation was “in accordance with international rules and norms,” according to the outlet.

Moore added that the Coast Guard will “meet presence-with-presence to ensure there are no disruptions to U.S. interests in the maritime environment around Alaska.”

(RELATED: BASTASCH: China Is Laughing At Us)

NATO Secretary General Jens Stoltenberg has sounded the alarm on Russian and Chinese state interest in the Arctic before, according to The Associated Press.

China reportedly considers itself a “near Arctic” nation and is poised to construct the largest icebreaker vessel in the world, according to The AP.

“Beijing and Moscow have also pledged to intensify practical cooperation in the Arctic. This forms part of a deepening strategic partnership that challenges our values and interests,” Stoltenberg said.

The Kimball intends to continue to monitor the region.