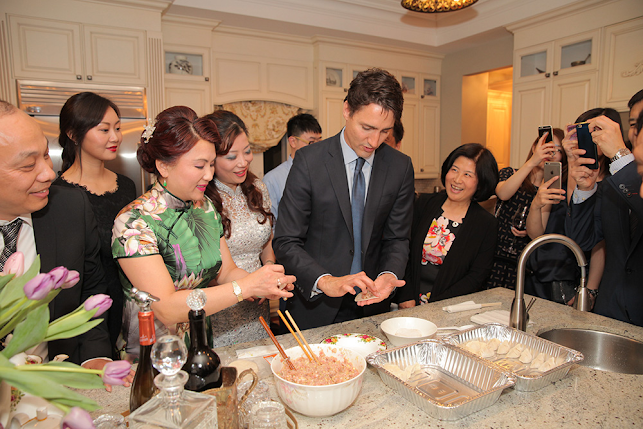 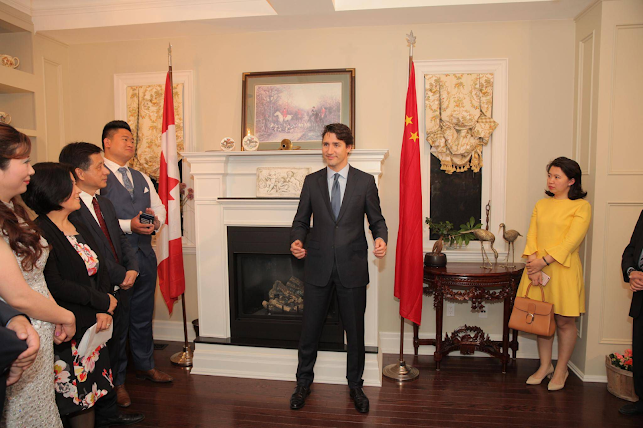 Prime Minister Justin Trudeau was forced to defend Liberal fundraising tactics in the House of Commons and during a foreign trip to Liberia this week.

He also found himself defending the ethics of the charitable foundation that bears his late father's name.

At issue was a private Liberal fundraising dinner at a private home in Toronto attended by the prime minister and a group of wealthy Chinese and Chinese-Canadian businessmen. One of those businessmen was waiting on Ottawa's approval to open a bank in Canada. Another later made a big donation to the Pierre Elliott Trudeau Foundation.

The prime minister told MPs this week that his involvement with the foundation that bears his father's name ended years ago, but the controversy didn't end there. Here's a closer look at the foundation.

What is the Pierre Elliott Trudeau Foundation?

The foundation was established in 2001 to honour the former prime minister, who died in 2000. In 2002, the federal government endowed it with $125 million to help fund its core operations, though it also accepts private donations. The foundation describes itself as an independent and nonpartisan charity.

What does it do?

The foundation helps fund and promote academic and public interest research. It awards up to 15 doctoral scholarships each year and finances up to five research fellowships. It also supports a network of mentors to help young academics and organizes public events, such as book launches and lectures on public policy issues. Mentors, which have included former Supreme Court justices, current and former politicians, journalists and business leaders, receive an honorarium and travel costs during their term.

The foundation's funding efforts focus primarily on four areas: human rights and dignity, responsible citizenship, Canada's role in the world, and people and their natural environment.

Who is on the board?

The foundation has a 13-person board of directors (it was 14 until former Conservative cabinet minister Chuck Strahl's abrupt resignation this week). The chair is John McCall MacBain, who made his fortune running the Auto Trader and Buy & Sell classifieds business until he sold it in 2006. He used some of that money to set up the McCall MacBain Foundation, a philanthropic organization that provides grants for education, health and environmental projects.

The rest of the board is a cross-section of former politicians, activists, business leaders, public servants and academics. Former NDP MP Megan Leslie sits on the board, as does Phil Fontaine, the former national chief of the Assembly of First Nations. Alexandre Trudeau, the son of the late prime minister and brother of the current one, is also a director.

The foundation describes itself as an independent and nonpartisan charity and until the donation controversy this week there was no obvious political connection outside of the foundation's name. The bulk of its spending is directed towards funding academic research through its Trudeau Scholars. Their work ranges from introducing children to the ethics of responsible consumption to exploring the impact of municipal regulation on the availability of safe and affordable housing for new Canadians in Toronto.

What is Justin Trudeau's role with the foundation?

Justin Trudeau was directly involved in the foundation from its creation in 2002 until 2014. A spokeswoman for the foundation told CBC News Trudeau's last participation as a member was at a special meeting held in March 2014 to vote on the foundation's transition under the Canada Not-For-Profit Corporations Act. Trudeau wrote to the foundation in December of that year to confirm his formal withdrawal from involvement in the affairs of the foundation, Gwenola Appéré said.

"I have not been in any way associated, formally or informally, with the Pierre Elliott Trudeau Foundation in many, many years," Trudeau said during an event in Liberia. So he says...

"I stepped down from any of my family-related responsibilities shortly after being elected to demonstrate that there is tremendous separation there." Anecdotal only, so where is the proof? There is none.

Prime Minister's Office spokeswoman Andrée-Lyne Hallé told CBC News Friday the prime minister's previous affiliation with the foundation had been disclosed with the conflict of interest and ethics commissioner.

The donation was part of a larger $1-million endowment split between the foundation and Montreal University, with $750,000 going to the university's law school. The university also got another $50,000 to commission and build a statue honouring Pierre Elliott Trudeau.

The $200,000 for the Trudeau Foundation will be used to support conferences and similar events on the evolving role of China in the world and Canada-China relations.

That donation became a political controversy this week when it was revealed that one of the donors — Zhang Bin, an adviser to the Chinese government — attended the private fundraising dinner with Trudeau in May, just weeks before the donation was made public. 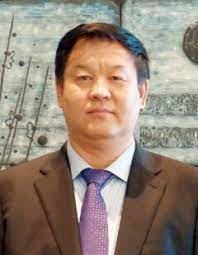 But the Trudeau Foundation says the discussions that led to the donation started much earlier — in January 2014. At that time, Zhang and Gensheng Niu, a wealthy Chinese businessman and philanthropist, approached the university about their interest in honouring the late Pierre Trudeau. The university informed the Trudeau Foundation of the potential donation, which led to a meeting in September 2014 to discuss the possible nature of the gift. After 18 months of negotiations, the $1-million donation was announced in June of this year. 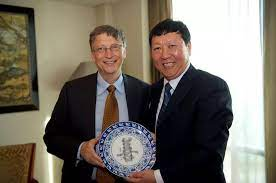 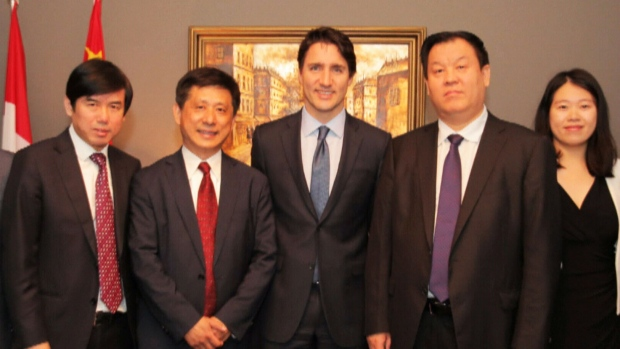 Has the foundation received other foreign donations?

6 years ago
Duration1:28
Prime Minister Justin Trudeau fields a question about fundraising and the Trudeau Foundation

The Liberals say they are following federal political financing rules.

It is not the first time the Trudeau government has faced criticism for its fundraising practices.

Last May, Mr Trudeau was the guest star at a CAD$1,525 ($1130/£900) fundraiser at the private Toronto home of Benson Wong, the chair of the Chinese Business Chamber of Canada.

The exclusive event has Mr Trudeau's political opponents accusing him of breaking the "open and accountable" ethics rules the Liberal party brought in shortly after their election in 2015.

Opposition politicians repeatedly pressed the issues for a second day in the House of Commons on Wednesday.

"These fundraisers don't pass the smell tests. Will the prime minister do the right thing and stop these cash-for-access programs?" said interim Conservative leader Rona Ambrose.

The Liberals say no federal political fundraising rules were broken and that government business was not discussed at the dinner.

In Canada, political contributions to federal parties are currently capped at CAD$1,525 a year. Union and corporate donations to political parties are banned. Only Canadian citizens can donate.

Opposition parties say these fundraising events give those who can afford it access to cabinet ministers in charge of major policy decisions.

One guest at the Toronto fundraiser, along with a partner, made a $1m ($740,000/£595,000) donation to the Pierre Elliott Trudeau Foundation and the University of Montreal law faculty. A public signing ceremony was held shortly after the May event.

The Trudeau Foundation is a charity established in 2001 in Mr Trudeau's late father's memory.

The Trudeau Foundation  on Wednesday say the two businessmen first reached out to university and the foundation in September 2014 to discuss a possible gift to honour the late prime minister, well before Mr Trudeau was elected prime minister. Hmmm.