EU probed WHO in 2009 pandemic, can lead inquiry for COVID-19

The EU could play a mediating role in growing US calls for China to be held accountable for the COVID-19 pandemic. Since the EU conducted inquiry into the US swine flu pandemic and the World Health Organization in 2009, it could be viewed by Beijing as a less politicized actor.
Currently there is mounting international pressure for an independent investigation into the origin of the COVID-19 pandemic.
The Chinese government has not yet expressed interest in cooperating, especially in view of increasing Sino-US tensions, but were the United Nations and European Union (EU) to play active roles in such an inquiry, it could help ensure the objectivity of the process and be more amenable for Beijing.
Also, this would not be the first time the EU has called for an investigation into a pandemic. During the 2009 swine flu outbreak, the EU conducted an investigation into suspicions of the World Health Organization (WHO) colluding with Big Pharma and scientists to manufacture a “false pandemic.”

Big pharma’s undue influence at WHO

Spearheaded by Dr Wolfgang Wodarg, chairman of the Health Committee of the Parliamentary Assembly of the Council of Europe (PACE), the inquiry stated that “in order to promote their patented drugs and vaccines against flu, pharmaceutical companies influenced scientists and official agencies responsible for public health standards to alarm governments worldwide and make them squander tight health resources for inefficient vaccines strategies, and needlessly expose millions of healthy people to the risk of an unknown amount of side-effects of insufficiently tested vaccines.” The WHO, then under director-general Margaret Chan of China (2007-2017), in April 2009 changed the criteria for a pandemic from “an enormous amount of people have contracted the illness or died” to stating simply that to meet the definition there had to be a virus that spread beyond borders to which people have no immunity.
As a result of classifying the swine flu – which actually had pig, bird and human strains combined – as a pandemic during the initial clustered outbreak, nations were compelled to implement pandemic plans and purchase swine-flu vaccines.
Governments have sealed contracts with vaccine producers where they secure orders in advance and assume all responsibility, and once the WHO declares a pandemic they activate the contracts.
However, in the 2009 pandemic, there were substantially fewer cases than projected, and governments ended up with vast stockpiles of vaccines. For instance, Britain had more than 20 million doses of surplus vaccines from GlaskoSmithKline and Baxter, which the European Council blamed on the undue influence of Big Pharma on WHO policy.
According to an investigation conducted by Deborah Cohen of the British Medical Journal and Philip Carter of the Bureau of Investigative Journalism in London, many WHO scientists had ties to pharmaceutical companies that manufactured the vaccines, yet the WHO failed to disclose the conflict of interest.
Even worse, drug sellers such as Baxter had vaccines contaminated with live avian flu virus and sent them to several European countries, provoking these governments to open another investigation into Baxter for possible criminal negligence, and prompting Austrian investigative journalist Jane Burgermeister to file criminal charges against Baxter and its Austrian distributor Avir Green Hills Biotechnology for bioterrorism.

Burgermeister’s charge was fanned by the coincidence Baxter had filed a patent for a hybrid flu vaccine in 2008 before the outbreak, and the fact the company had high-containment BSL-3 (Biosafety Level 3) labs meant cross-contamination of the live avian flu in their vaccine material should have been unlikely.
Nonetheless, as documented in a previous Asia Times article, biosafety of high-containment labs has been an ongoing problem in the US as well as abroad. Severe acute respiratory syndrome (SARS) escaped twice from a Beijing lab in 2004, a US Army lab at Fort Detrick, Maryland, was closed down for safety violations in August 2019, another US lab sent live anthrax by accident to 200 other labs worldwide over a period of 12 years, a Wuhan lab had safety violations and the Baxter lab sent live avian flu by accident.

In 2017 Baxter was fined US$18 million for violating US Food and Drug Administration regulations when a *whistleblower raised concerns about contamination in its manufacturing facilities, and given its checkered history of safety violations, some observers question whether the swine-flu hybrid strain may have also escaped from its lab in Mexico City where the first outbreak was reported.
whistleblower: *Jane Burgermeister

These are similar questions now raised about the Wuhan lab.
Given conspiracy theories and the blame game will worsen US-China relations unless steps are taken for an independent inquiry into the origins of Covid-19, it may be in Beijing’s interest as well to dispel these fringe theories by cooperating with an EU-led inquiry, given Brussels’ experience with past pandemic and biosafety investigations.
During the Baxter investigation, wherein four European governments cooperated with the WHO and the European Center for Disease Prevention and Control in Stockholm, medical officer Roberta Andraghetti said the main purpose was to find out what happened and to share lessons learned in order to avert similar events in the future. 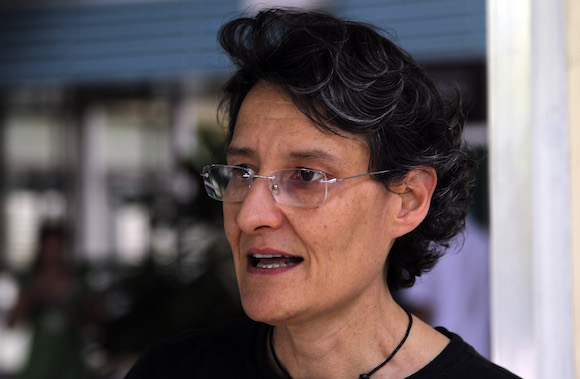 This was the same goal for the EU’s WHO investigation, and would be now for a possible Wuhan lab investigation.
Posted by Conan Doyle at 5:49 PM