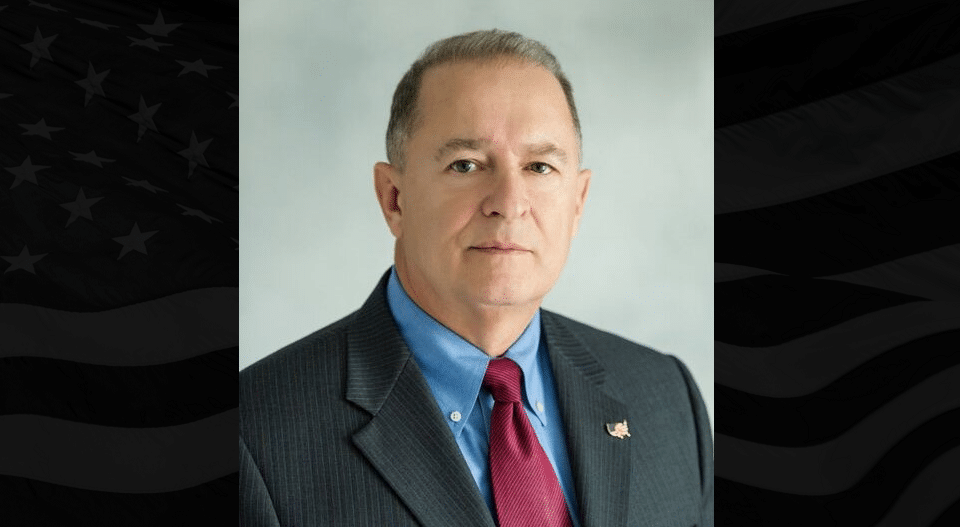 Former officer and counterintelligence expert Brad Johnson. (Photo courtesy of Brad Johnson).
CIA MAY 13, 2020 BRAD JOHNSON
As is all too common these days, a major event took place back in September of 2019 that has disappeared from any public notice and the deep significance left underreported. A potential Chinese spy infiltrated the highest levels of the Canadian intelligence service which is part of the Royal Canadian Mounted Police (RCMP). The implications extend far beyond the borders of Canada because of their membership in the Five Eyes intelligence-sharing network that includes the United States, Australia, New Zealand and Britain. Five Eyes is a special network of countries that share top-secret and classified material together against common foes such as spies & terrorists.
The RCMP is similar to the FBI in the sense that they have both law enforcement responsibilities and counter-intelligence responsibilities and for this reason the Canadian National Intelligence Coordination Centre is part of the RCMP and responsible for intelligence issues.
In September of this past year, a very senior level Royal Canadian Mounted Police (RCMP) official named Cameron Ortis was arrested for a number of charges including one under the security information law, which is used to prosecute espionage cases. At the time of his arrest, Mr. Ortis was the director-general of the RCMP’s National Intelligence Coordination Centre. As such he had almost unlimited access to both Canadian intelligence and the large volumes of classified information shared by the Five Eyes allies.
Mr. Ortis was also the national security advisor for former RCMP Commissioner (a position similar to the FBI director) Bob Paulson. Paulson served as commissioner from 2011-2017. Some of the charges against Mr. Ortis go back as far as 2015 which means he was likely spying for China from at least 2015 and perhaps much longer. It has been reported that Mr. Ortis was issued technical devices for secret communication but no one has reported on the significance of this fact. In the trade, a secret communications device would be called CovCom or a covert communications device. Chinese intelligence would not supply this kind of device to Mr. Ortis if they did not consider him to be fully vetted and a trusted spy. That means he gave them everything he could get his hands on.
Mr. Ortis has a certificate in internet systems administration and a doctorate in international relations from the University of British Columbia and is the only civilian to be made director general of intelligence. He also worked with FINTRAC, (Financial Transactions and Reports Analysis Centre of Canada). Mr. Ortis was an East Asia/China specialist and speaks Mandarin.  The beginning of the end for Mr. Ortis came from a 2018 criminal case which provided clues to a leak of classified intelligence information from Canada. The FBI and RCMP joined forced for the investigation and quickly identified Mr. Ortis as the prime suspect and would have used sophisticated surveillance techniques as part of their investigation leading to the arrest in September.
Canadian Prime Minister Justin Trudeau has done what he can to downplay the damage done by Mr. Ortis and perhaps more telling, Prime Minister Trudeau has suppressed the news that this was another devastating blow to the Five Eyes program and Canada dealt out by China. Canada already received a warning back in 2013 that unless it tightened security procedures, Five Eyes would withhold the shared classified information.
Ortis would have had full access to the true identities of RCMP undercover law enforcement officers serving domestically and the details of the operation as well as RCMP intelligence agents serving abroad and the details of those operations. As the director-general of the RCMP’s National Intelligence Coordination Centre he would have had full access to all the classified information shared by the Five Eyes alliance. The Five Eyes partnership is robust and the extent of classified intelligence information shared and its value are almost unmeasurable. This is only exceeded by the depth of the damage done to worldwide intelligence operations when Mr. Ortis passed this information to China.
This is far from the first Chinese intelligence success in Canada. As recently as July of 2019, Canadian authorities removed Xiangguo Qiu, her biologist husband Keding Cheng, and an unknown number of her students from the only level IV lab in Winnipeg, Canada because of their cooperation with China. Again, the extent of the Chinese intelligence success was downplayed and the case referred to as an “administrative matter” and sent to the Royal Canadian Mounted Police. Qiu is known for her viral research including on a treatment for the Ebola virus and on the SARS virus, which is the same family of virus as COVID-19. The Canadian Security Intelligence Service has long warned of state-sponsored espionage and has noted China as a particular problem. There have been any number of warnings about aggressive Chinese intelligence operations from the FBI counter-intelligence offices and a number of other services around the world, not to mention the high number of individuals arrested or imprisoned for spying for China. While there is wide reporting on the Chinese penetration and infiltration of many Western governments, the US Intelligence Community (IC) and our allies are sorely lagging behind defending against this aggression. The IC needs to kick into high gear and lead the free world in a good offense to provide that defense we are so lacking. We can start with a defensive briefing for each of the 50 States that are currently being individually targeted by China.
Brad Johnson retired as a Senior Operations Officer and Chief of Station with the Central Intelligence Agency’s Directorate of Operations. He has served domestically and abroad with numerous assignments often during periods of armed conflict. He has served overseas in direct support of the War against Terrorism. Mr. Johnson is a certified senior expert in Counterintelligence issues with extensive direct experience in the field. He is a senior expert in surveillance and surveillance detection issues. He has proven expertise in dangerous operational environments with the highest level of training and extensive direct experience in tradecraft for dangerous areas. His proven expertise also extends to denied operational environments (most difficult and restrictive) with the highest levels of training offered anywhere in the USG or the world and extensive direct experience. Mr. Johnson has served overseas as Chief of Station multiple times. He is an enrolled member of The Cherokee Nation, a Federally Recognized Tribe and is currently the President of Americans for Intelligence Reform.
Posted by Conan Doyle at 9:03 AM