'This is not rule of law': detention of Huawei workers sparks backlash

'This is not rule of law': detention of Huawei workers sparks backlash 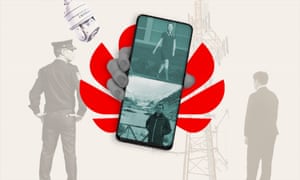 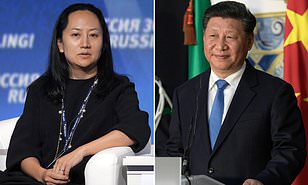 Around this time last year, Zeng Meng, 39, was on holiday in Thailand, having dinner with his father. Suddenly he was surrounded by Chinese police. Plainclothes officers stood on each side of him, their hands on his shoulders, while another filmed the scene.
The officers showed their IDs and said they had been dispatched from Shenzhen, the headquarters of Zeng’s former employer Huawei, where he was wanted on suspicion of violating trade secrets. Having no other choice, Zeng went with them, accompanied by four Thai officers. Within a week, he had been extradited to China and formally arrested.
Zeng spent the next three months at the Shenzhen No 2 detention centre, reading or working out in his shared 12x6-metre cell. He was not allowed to go outside. The only television allowed was CCTV, which carried the state broadcaster. He slept on the floor.
The police urged him to confess, but Zeng, who said he was not allowed to choose his own lawyer, refused. The particulars of his case grew more vague as authorities changed his charge to fraud. In March he was released on bail, which will end in March next year.


Beijing has been extreme sensitive to criticism of its national champion, threatening retaliation against countries that block Huawei from their markets and censoring negative media. Chinese officials have repeatedly said the government would take all necessary measures to defend the company.


He said all five were in a WeChat group of between 50 and 60 current and former employees airing grievances about the company, including allegations that it discriminates against employees over the age of 34. According to another member of the group, two of the five detained had planned to take their stories to the media but were arrested before they were able to.
“This isn’t just one or two times,” said Zeng, who believes the five arrests show the extent of Huawei’s “relationships with the government, the police and the courts”. “In China, all three can be manipulated. As long as Huawei says this person has done something, the police will arrest them.”
Huawei declined to comment for this article and repeated a previous statement about one of the detentions: “We understand and appreciate the public interest in this matter. This was not a labour dispute, and we reported the suspected illegal conduct to the authorities.”
The arrests came at a sensitive moment for Huawei, just weeks after that of its finance chief Meng Wanzhou in Canada and when the US campaign against it was getting under way. They went unreported in mainland media for months, despite Zeng’s efforts to attract attention to his case. Then in late November, one of the five detained men, Li Hongyuan, published details of his case online in a post that quickly went viral.


Li, a Huawei veteran of more than 12 years, had been detained for 251 days on extortion charges. He said he had been arrested after he demanded a severance payment of bonuses he was owed. He was released in August because of insufficient evidence and last month the government paid him about £11,500 in compensation.
His story struck a nerve. The national symbol of China’s success and embodiment of western insecurities suddenly became the target of criticism and vitriol from within the country, where people had previously rallied behind the minzu qiye, or “national company”.
Internet users trolled Meng, the daughter of Huawei’s founder, Ren Zhengfei, as she marked the first anniversary of her arrest with a letter thanking the Chinese people for their support. Two hundred and fifty-one people posted repeatedly in the comments, in reference to the number of days Li had been detained.
Images of a pair of Huawei handcuffs circulated on the internet and the criticism threatened to turn political. A list of “eight demands, not one less” of Huawei, a reference to the five demands of Hong Kong’s anti-government protesters, appeared briefly online.


Li posted on the microblog Weibo in response: “The idea that every person is equal before the law is a lovely wish. But it requires us, generation after generation, pushing for it.” Quoting an editorial about Huawei that has since been censored, he wrote: “This is not rule of law, this is using power to suppress people.”
The criticism of a company so closely affiliated with China’s national interest appears to have disconcerted authorities. Comments, reports and trending hashtags about the detentions have been wiped from the internet. New articles have been deleted almost daily, prompting some users to create a GitHub page called “Evil Huawei” to collect “the harm Huawei has done and document what should not be forgotten”.
When the Guardian travelled to Shenzhen to report on Li and Zeng’s cases, plainclothes agents followed a reporter from their home in Beijing to the airport and throughout the two days spent in the city. The Communist Youth League of China later posted an article online claiming that protesters in Hong Kong had passed the Guardian information about Li’s case to destabilise China. No protesters or supporters of the protests have contacted the Guardian about Huawei.
“The US government thinks of Huawei as something affiliated with the Chinese government, and the Chinese sometimes seem to act that way in defence of it,” said Julian Ku, a professor at Hofstra University law school in New York who has been following Huawei’s legal troubles.
“They really think it’s a crucial company that needs extra protection and deserves extra protection. That really undercuts Huawei’s story that it’s just trying to do business,” he said.
Legal observers said the detentions were markedly unusual, noting that before arrest, police usually require companies to have the evidence needed for prosecution.
“Getting the police to act in these kinds of situations is very difficult unless you have bulletproof evidence. It’s very difficult to do generally unless you’re quite powerful,” said an expert on Chinese employment law, who asked not to be named because of their firm’s work in the country.
The outpouring of sympathy over Li’s detention reflects broader disenchantment with the workplace culture of China’s tech industry, one that Huawei helped to build with its so-called “wolf culture” of punishing hours, self-sacrifice and success at all costs.
Former and current Huawei staff complained to the Guardian about subjective performance appraisals being used against them and the presence of surveillance cameras to track their comings and goings.
“The economy has slowed down. There are fewer and fewer opportunities for advancement. They’re realising they’re just employees. They’re not going to be the next Jack Ma,” said Geoff Crothall of China Labour Bulletin. “People are realising it doesn’t matter how hard they work, they’re still not getting ahead.”
Others believe Huawei’s accomplishments outweigh the grievances of critics, including disgruntled employees. One former employee said there was “a lot of unhappiness” when he left the company, which he attributed to “personal resentment”.
“China’s 40 years of development has attracted worldwide attention and Huawei has grown from a very small company to what it is today. This is an achievement. I am proud of Huawei and China,” he said.
Today Zeng hopes to build on the outrage following Li’s case and push his former employer to change. “Before, there wasn’t much people could do. That’s why we want to take this opportunity now,” he said. “Huawei is saying everyone is equal before the law. That’s totally not true. Huawei has all the resources, and we are just regular workers.”
He referred to a line in a popular article that has circulated online: “The elephant stepped on you. You can step back.”
Posted by Conan Doyle at 7:25 AM