In February, 2019, in a story that went almost unnoticed in Washington, the small South American nation of Uruguay began installing the first of 2,100 surveillance cameras, donated by the People’s Republic of China to improve control of its borders with neighboring Argentina and Brazil.
The move highlights the significant deepening of the Uruguay-PRC relationship over the last decade, including their establishment of a “Strategic Partnership” in October 2016, and the signing of a memorandum of understanding in August 2018 for Uruguay to join China’s Belt and Road initiative (despite being about as far from the PRC as is geographically possible). 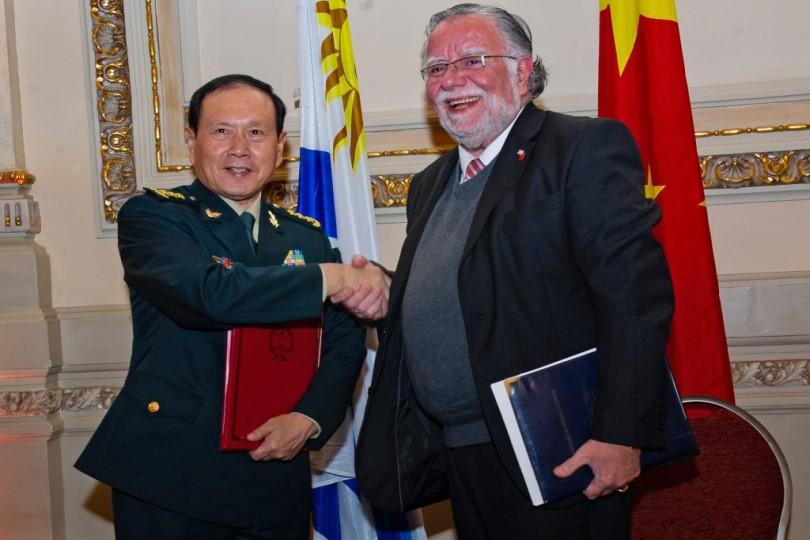 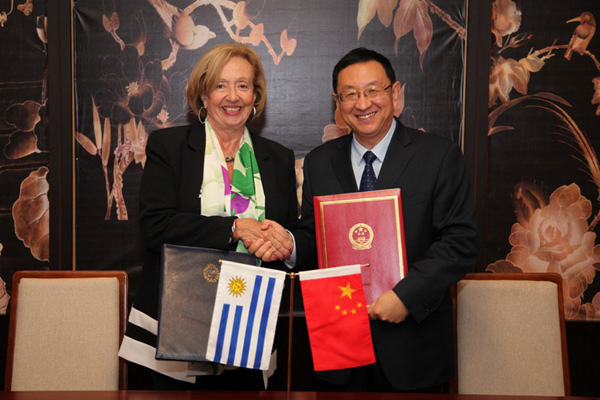 Beyond Uruguay, the development also highlights a little-discussed but important dimension of China’s advance: its expanding global sales of surveillance and control technologies. Although the press and U.S. political leadership have given significant attention to the risks of employing Chinese telecommunications companies such as Huawei the equally serious but newer issue of expanding sales of Chinese surveillance systems has been less discussed.

Xi in Panama
The installation of Chinese surveillance systems, acquired through PRC government donations or commercial contracts, is a growing phenomenon in Latin America and elsewhere.
Such systems began to appear in the region more than a decade ago, including in 2007, when then mayor of Mexico City (now Mexican Foreign Minister) Miguel Ebrard returned from a trip to the PRC with a deal to install thousands of Chinese cameras to combat crime in the Mexican capital. More recent examples include ECU-911 in Ecuador, a China-built national system of surveillance and communication initially agreed to by the administration of anti-U.S. populist president Rafael Correa. The system, which has expanded to currently include 4,300 cameras and a command center manned by thousands of Ecuadorans, has been built almost completely from Chinese equipment, designed for a range of otherwise noble purposes from emergency response and combatting crime, to monitoring volcanoes. Bolivia boasts a similar Chinese built system, albeit more limited in scope, BOL-110, in addition to hundreds of surveillance cameras donated by the PRC to at least four of Bolivia’s principal cities.

In Panama, which abandoned Taiwan to establish relations with the PRC in 2017, the government of Juan Carlos Varela has agreed to allow Huawei to install a system of cameras in the crime-ridden city of Colon and the associated free trade zone. Not by coincidence, in July 2019, Hikivision, China’s largest producer of surveillance cameras, announced plans to set up a major distribution center in Colon to support sales of its products throughout the Americas.
In northern Argentina, near where the Chinese are developing a lithium mining operation and constructing the hemisphere’s largest array of photovoltaic cells for electricity generation, the Chinese company ZTE is installing another “911” style emergency response system with 1,200 cameras.
In Venezuela, although not a surveillance system per se, the Chinese company ZTE has helped the regime of Nicholas Maduro implement a “fatherland identity card” linking different kinds of data on individuals through an identity card which allows the state to confer privileges (such as rationing food) as a tool for social control. 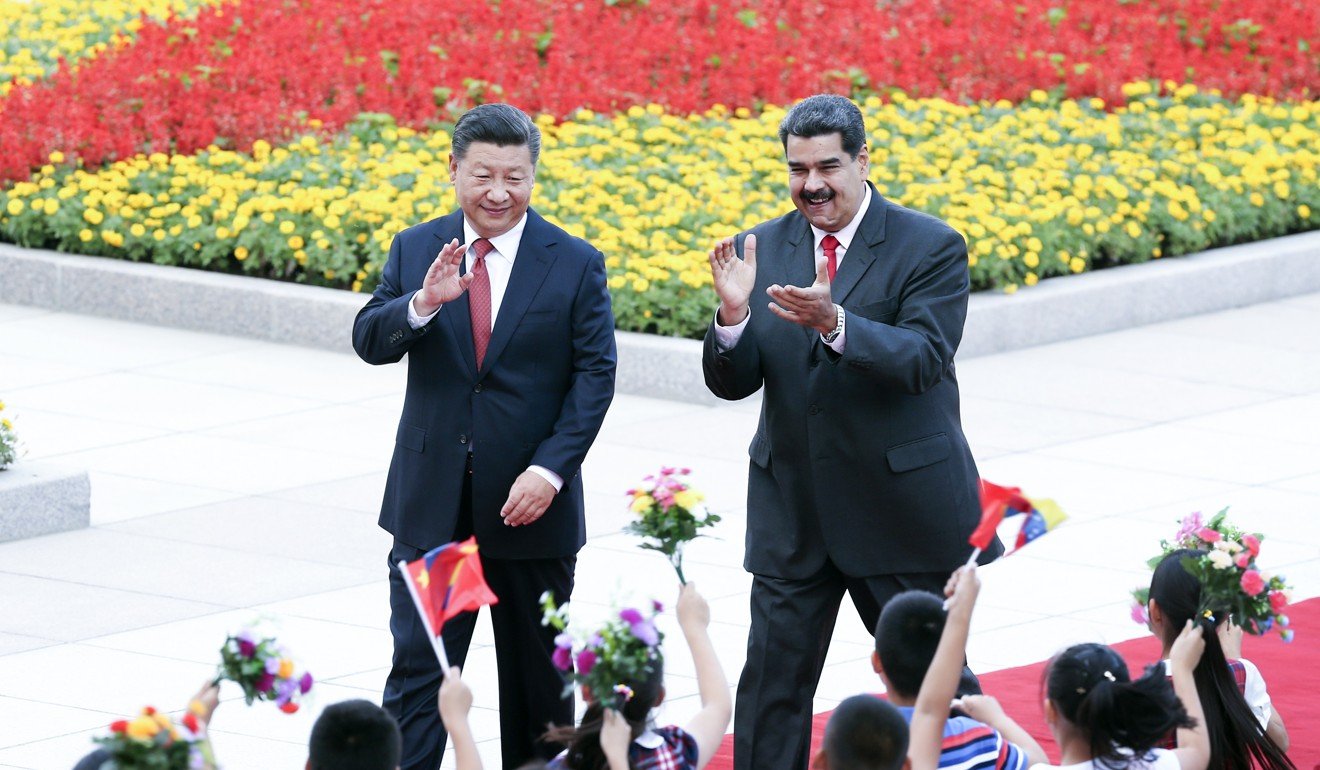 As with sectors such as computers and telecommunications, the PRC arguably wishes to support the global export of such systems by its companies to advance technologies it recognizes as strategic for the Chinese nation, per its own official policy documents such as Made In China 2025.
The risks arising from spreading use of Chinese surveillance equipment and architectures are multiple and significant, involving: (1) the sensitivity of the data collected on specific persons and activities, particularly when processed through technologies such as facial recognition, integrated with other data, and analyzed through artificial intelligence (AI) and other sophisticated algorithms, (2) the potential ability to surreptitiously obtain access to that data, not only through the collection devices, but at any number of points as it is communicated, stored, and analyzed, and (3) the long-term potential for such systems to contribute to the sustainment of authoritarian regimes (such as those in Venezuela, Bolivia, Cuba, and formerly Ecuador) whose corrupt elites provide strategic access and commercial benefits to the Chinese state.
The risk posed by such Chinese architectures is underestimated by simply focusing on the cameras and sensors themselves.
Facial and other recognition technologies, and the ability to integrate data from different sensors and other sources such as smartphones enables those with access to the technology to follow the movement of individual human beings and events, with frightening implications. It includes the ability to potentially track key political and business elites, dissidents, or other persons of interest, flagging possible meetings between two or more, and the associated implications involving political or business meetings and the events that they may produce. Flows of goods or other activities around government buildings, factories, or other sites of interest may provide other types of information for political or commercial advantage, from winning bids to blackmailing compromised persons.
While some may take assurance that the cameras and other components are safely guarded by benevolent governments or companies, the dispersed nature of the architectures, passing information, instructions, and analysis across great distances, means that the greatest risk is not physical access to the cameras, but the diversion of information throughout the process, particularly by those who built the components, databases and communication systems, and by those who wrote the algorithms (increasingly Chinese across the board).
With respect to the political impact of such systems, while democratic governments may install them for noble purposes such as crimefighting and emergency response, and with limitations that respect individual privacy, authoritarian regimes who contract the Chinese for such technologies are not so limited, and have every incentive to use the technology to combat dissent and sustain themselves in power.
The PRC, which continues to perfect it against its own population in places like Xinjiang (against the Uighur Muslims there), not only benefits commercially from selling the technology, but also benefits when allied dictatorships provide a testing ground for product development, and by using it to combat the opposition, keeping friends like Maduro in power, continuing to deliver the goods and access to Beijing.
As with the debate over Huawei, whether or not Chinese companies are currently exploiting the surveillance and control systems they are deploying across Latin America to benefit the Chinese state, Chinese law (under which they operate) requires them to do so, if the PRC government so demands.
The PRC record of systematic espionage, forced technology transfer, and other bad behavior should leave no one in Latin America comfortable that the PRC will not, at some point in the future, exploit such an enormous opportunity.

Dr. Evan Ellis is Senior Non-Resident Fellow at CSIS, and Professor of Latin American and Caribbean Studies. His work focuses on security and defense issues, including transnational organized crime, populism, and the region’s relationships with China and other non-Western Hemisphere actors. Dr. Ellis has published over 210 works, including three books, and has presented his work in 26 countries across four continents. He has testified on multiple occasions regarding Latin America and the Caribbean before the U.S. Congress, and his work regularly appears in the media in both the U.S. and the region. Through his work, Dr. Ellis calls attention to the strategic importance of Latin America and the Caribbean for the United States through bonds of geography, commerce, and family, and how the prosperity and security of the U.S. are tied to that of its partners in the region.
Posted by Conan Doyle at 6:39 PM