Has Huawei’s Darkest Secret Just Been Exposed By This New Surveillance Report?

Has Huawei’s Darkest Secret Just Been Exposed By This New Surveillance Report?


Just a few days after the devastating leak of the so-called China Cables, a cache of documents exposing the truth of the surveillance regime deployed in Xinjiang to suppress the minority Uighur population, tech giant Huawei has become embroiled in the controversy. Huawei’s technology has been linked to Xinjiang before, but the company has always claimed this is only through third-parties, that Huawei itself is not involved. Not so, says a damaging new report, it is much worse than that.
The China Cables, published by the International Consortium of Investigative Journalists, include operations manuals and status reports for Xinjiang’s surveillance ecosystem and detention camps. The far-reaching use of technology to underpin all of this is a consistent theme throughout. This includes AI-based surveillance, intrusive data collection and smartphone and general communications monitoring. Any missteps seemingly run the risk of internment. And once detained, only modified thinking and behaviours seem likely to secure a person’s release. 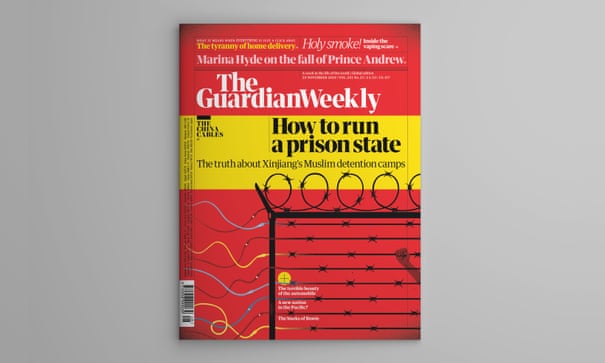 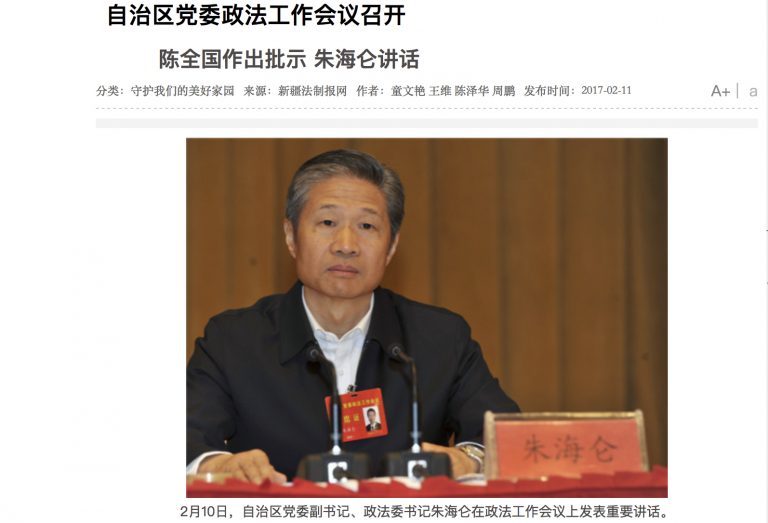 Now, the Australian Strategic Policy Institute has followed up the leaked documents with a report on the main technology providers supporting the region. And Huawei is front and centre. “Huawei’s work in Xinjiang is extensive and includes working directly for the Chinese Government’s public security bureaus in the region,” the report says. “Huawei’s Xinjiang activities should be taken into consideration during debates about Huawei and 5G technologies.”

Today In: Innovation
Huawei is not alone, of course. The other headline act in the ASPI report is TikTok owner ByteDance, accused of deploying a “public security and Internet social governance model” in Xinjiang under a strategic cooperation agreement with the Ministry of Public Security’s Press and Publicity Bureau. These are the same allegations of Beijing propaganda, censorship and influence that have hit ByteDance in the U.S., leading the company to distance its Western business from China.
A ByteDance spokesperson told me that in China its “user-generated content platform allows individuals, organizations and institutions, including civic and law enforcement groups, to set up user accounts. This practice is comparable to how social media platforms in other countries allow similar organizations, including law enforcement, to create accounts for purposes such as crime prevention alerts.”
Huawei is more newsworthy than ByteDance for one reason. The allegations against ByteDance are consistent with its current U.S. challenges. For Huawei, though, its public standoff with the U.S. has largely ignored Xinjiang and focused instead on allegations of Chinese government control and the risk of the company being asked to collect intelligence on its behalf. The company’s defence has been consistent—we are independent, we do not and will not spy, we are not a threat, where’s the evidence?
Huawei is the major Chinese company that has been working in Xinjiang. The blacklisting of fellow network giant ZTE, of the world’s leading camera makers Hikvision and Dahua, of the leading surveillance unicorns SenseTime, Megvii and Yitu, has its roots in such revelations. For Huawei, the bloody narrative has been absolute.
In April, I reported on Huawei’s links to Xinjiang. This included the May 2018 strategic cooperation agreement for a joint innovation laboratory signed between Xinjiang's Public Security Department and Huawei. And the August 2018 launch of Huawei’s Urumqi DevCloud to “promote the development of the software information industry in the district and all of Urumqi.”
These links always seemed direct between the company and the end users. At the signing ceremony for the joint laboratory, a Huawei representative said the company "will integrate resources, provide industry-leading products and services, and cooperate extensively with local high-tech enterprises to build a safer and smarter society with the public security department of the autonomous region." That “safer” society, it is claimed, has resulted in somewhere between 900,000 and 1.8 million people being subjected to intrusive monitoring or interred in camps.
The new ASPI report adds more fuel to this particular fire, noting that some of Huawei’s own PR lauds Public Security Bureau projects in Xinjiang, “such as the Modular Data Center for the Public Security Bureau of Aksu Prefecture,” and that “Huawei also provides police in Xinjiang with technical support to help ‘meet the digitization requirements of the public security industry’.”
Back in 2014, ASPI says, before Xinjiang hit the international headlines, Huawei took part in an early counter-terrorism conference that helped instigate “‘Safe Xinjiang’—code for a police surveillance system.” ASPI reports that Huawei was praised at the time by the head of Xinjiang’s provincial police department, for reportedly being able “to process and analyse footage quickly and conduct precise searches.”
A Huawei spokesperson told me that the company “reaffirms that its technology—which is general purpose and based on global standards, complies with all applicable laws where it is sold. Huawei does not operate safe city networks on behalf of any customers."
But the nature of the new revelations is damaging, and could not come at a worse time. The U.S. has widened its sanctions against Chinese companies implicated in the region’s oppressive security programs, but the focus on Huawei—despite the small print—has largely been that intangible threat to national security. The new report claims tangible evidence of wrongdoing, that there is a smoking gun, just a different kind of smoking gun.
“As companies such as Huawei seek to expand overseas,” ASPI suggests, “foreign governments can play a more active role in rejecting those that participate in the Chinese Government’s repressive Xinjiang policies.”
The Chinese authorities continue the fiction that what is taking place in Xinjiang is simply an intensive counter-terrorism program, which has local public support and which has made the region safe. “There are no so-called ‘detention camps’ in Xinjiang,” was the official response to the leaked documents. “Vocational education and training centres have been established for the prevention of terrorism—[Xinjiang was] a battleground—[with] thousands of terrorist incidents between 1990s and 2016—Since the measures have been taken, there’s no single terrorist incident.”
For Huawei, if the dialogue now does turn in part to Xinjiang, it becomes much harder for the company to play victim against U.S. abuse of power. There is no abuse of power anywhere in the world that touches on what China is doing in Xinjiang. And if this escalates, a boilerplate response—given what’s in the public domain—will not play well with governments readying their 5G checkbooks. Saying it complies with local laws as a response to alleged engagement in law enforcement abuses in Xinjiang is not a good stance by Huawei. And what about consumers? Forget the loss of Google, does Xinjiang take a toll on the willingness of Western buyers to opt for Huawei devices?
ByteDance’s spokesperson told me that the company “does not produce, operate or disseminate any products or services related to surveillance—[nor does it] endorse the content generated by its users, but rather, similar to Twitter or Facebook, provides a platform to all of its users.”
Huawei cannot say the same on surveillance, but it does need to make a statement. It needs to withdraw from Xinjiang and the programs being deployed directly or in its name. It needs to refuse to sell its technologies into the highly lucrative surveillance programs that are underway or envisaged. If not, then its case for sympathy against the U.S. government’s abuse of power becomes hollow and hard to swallow.
—
Posted by Conan Doyle at 2:07 PM