Is China’s plan to use a nuclear bomb detonator to release shale gas in earthquake-prone Sichuan crazy...

Is China’s plan to use a nuclear bomb detonator to release shale gas in earthquake-prone Sichuan crazy... 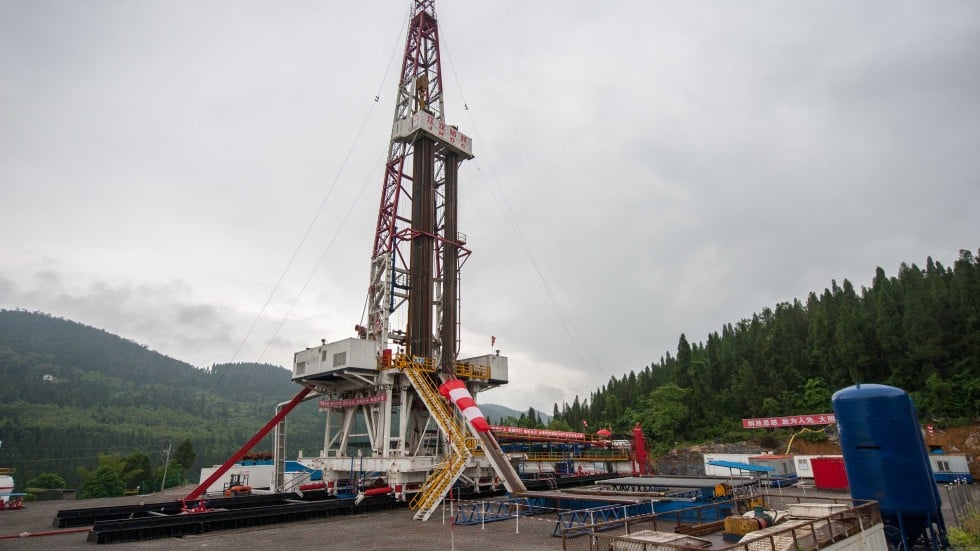 China is planning to apply the same technology used to detonate a nuclear bomb over Hiroshima during the second world war to access its massive shale gas reserves in Sichuan province. While success would mean a giant leap forward not only for the industry but also Beijing’s energy self-sufficiency ambitions, some observers are concerned about the potential risk of widespread drilling for the fuel in a region known for its devastating earthquakes.
Despite being home to the largest reserves of shale gas on the planet – about 31.6 trillion cubic metres according to 2015 figures from the US Energy Information Administration, or twice as much as the United States and Australia combined – China is the world’s biggest importer of natural gas, with about 40 per cent of its annual requirement coming from overseas.
In 2017, it produced just 6 billion cubic metres of shale gas, or about 6 per cent of its natural gas output for the whole year.
The problem is that 80 per cent of its deposits are located more than 3,500 metres (11,500 feet) below sea level, which is far beyond the range of hydraulic fracturing, the standard method for extraction.
But all that could be about to change, after a team of nuclear weapons scientists led by Professor Zhang Yongming from the State Key Laboratory of Controlled Shock Waves at Xian Jiaotong University in Shaanxi province, released details of a new “energy rod” that has the power to plumb depths never before thought possible.

He told the South China Morning Post that while the technology had yet to be applied outside the laboratory, the first field test was set to take place in Sichuan in March or April.
“We are about to see the result of a decade’s work,” he said.
Chen Jun, a professor at Southwest Petroleum University in Chengdu, Sichuan’s capital, is not involved with the programme but said he was eagerly awaiting the results of the trials.
“A technological breakthrough could trigger another shale gas revolution,” he said.
Shale gas is another name for methane (or natural gas) that is trapped in impermeable rock deep underground. Unlike conventional natural gas which is in permeable rocks, shale gas does not flow and so cannot be reached by simply drilling a well.

The widespread use of fracking in the United States began in 2007 and heralded a boom in energy production in the country. In the decade that followed its natural gas output rose 40 per cent, prices fell by more than two thirds and America went from importer to exporter.
One of the main reasons for the success of the so called shale gas revolution was the relative accessibility of the fuel. In many cases, including at several sites in Pennsylvania and New York state, the deposits were found just a few hundred metres below ground.
The deeper the shale beds, the higher the water pressure needed to frack the rock and release the gas. Reaching China’s reserves, at 3.5km (2.2 miles) underground, would require a water pressure of about 100 megapascals, or about the same as is found at the bottom of the Mariana Trench in the Pacific Ocean, the deepest point on Earth.
No pump, pipe or drill shaft wall material has the strength to withstand such a crush.
No surprise then that previous efforts to tap into China’s rich gas seams by state-owned energy giants like Sinopec and CNPC, often working in partnership with US firms, failed to deliver. 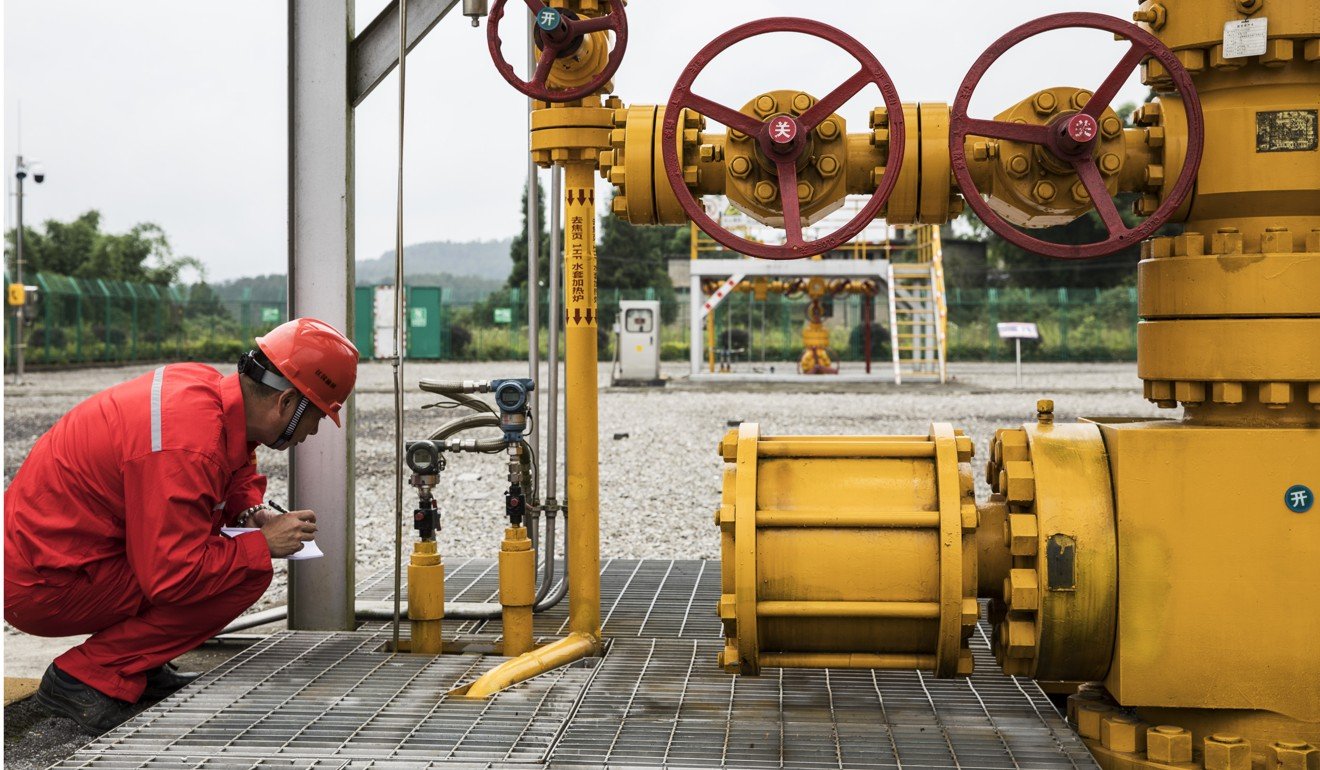 Zhang hopes his alternative, developed by a team that has worked on some of the world’s most advanced nuclear weapons systems, can change all that, but he also knows the proof of the pudding is in the eating.
“The technology was born in a dust-free laboratory,” he said. “Not many people believe it can be used in a mine.”

Zhang and his team have dubbed their creation an “energy concentration rod” as it is able to control the release of explosive bolts of energy into an extremely short, precisely calculated period of time so as to maximise the fracturing effect of the shock waves.
It works by passing a strong electric current along a specially coated wire coil – encased by a metal shell – that is submerged in water. When the wire vaporises it produces a cloud of plasma – the extremely hot, electrically charged matter that makes up the sun – within which is a huge amount of energy just waiting to be released.
“The shock wave generated by the device can be as high as 200 megapascals at close range, which is expected to produce a fracture zone up to 50 metres in diameter,” Zhang said.

The method, known as exploding wire, enables scientists to control the energy, duration and even direction of the explosion. The same principle was used to detonate the atomic bomb code named “Little Boy” that was dropped on Hiroshima in 1945.
Despite that commonality, Zhang’s device does not create a nuclear blast, so is fundamentally different to what the United States was doing in the 1960s, when scientists there detonated a nuclear bomb underground to boost natural gas production. The former Soviet Union also used thermal nuclear weapons for mining and in dam construction.

Also, unlike a traditional detonator, which fires just once, Zhang’s energy rod has been designed to withstand hundreds of massive blasts.
After each one, the rod is hoisted back up the shaft and a jet of water is injected under high pressure into the cavity to further open up the rock. The rod is then lowered back into position and is ready to fire again.
The device can “generate shock waves repeatedly … like a machine gun”, Zhang said, adding that because the wire was encased and submerged the rod did not generate sparks, so reducing the safety risk.
While the scientist has concerns about how well his creation will work in shale rock, it has already been used to release potentially hazardous gas deposits from coal beds and is now recommended by the government as a way to improve both safety and productivity in the mining industry. 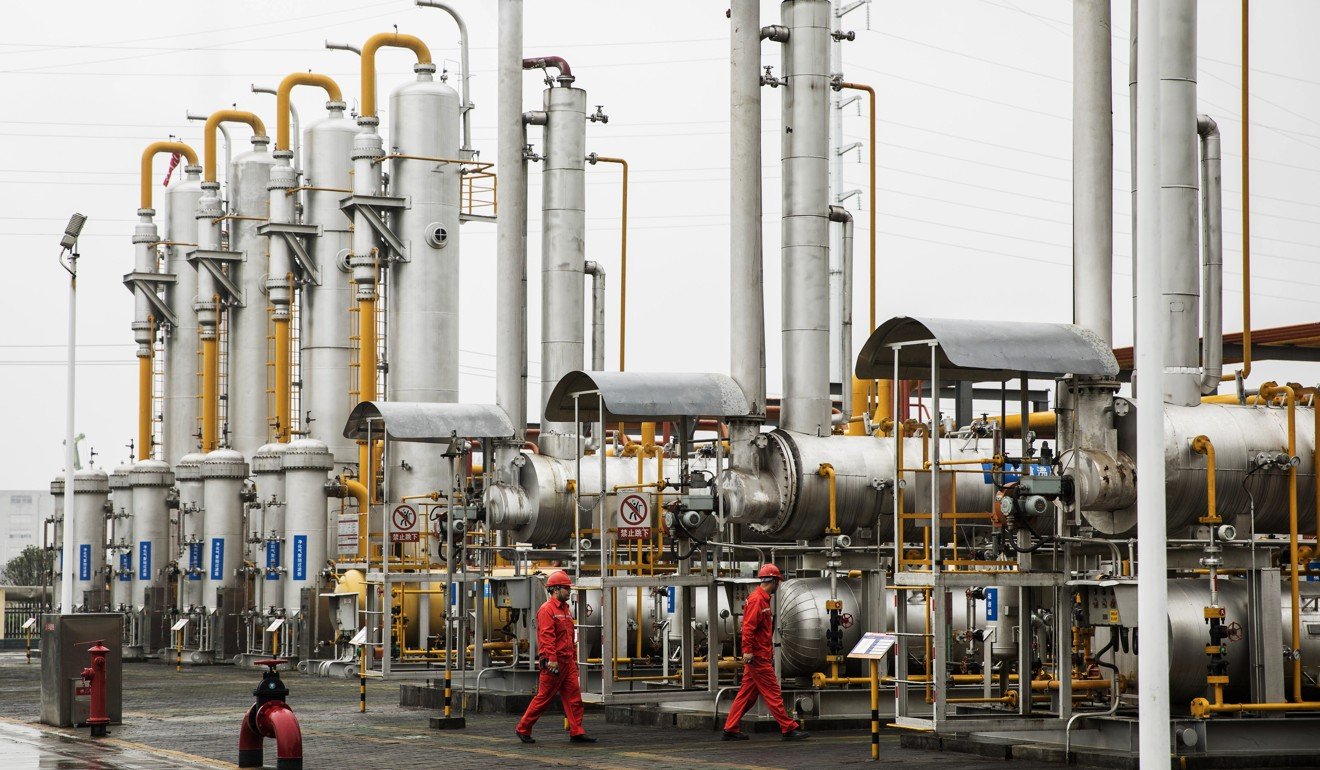 Wang Chengwen, a professor at the China University of Petroleum in Qingdao, Shandong province, said that one of the advantages of the new technology was that it was potentially more environmentally friendly than other fracking methods.
The waste water generated by traditional shale gas production contained large amounts of toxic chemicals that could contaminate rivers and underground water sources, he said.

China has massive reserves, so why can’t it meet demand for gas?

However, it was yet to be seen if the force generated by the rod would be enough to fracture rocks at such extreme depths, he said.
Wang said that as the technology was still in its infancy, extra measures would have to be taken to ensure the safety of workers at the drilling site, while mass production would also require the construction of a huge network of underground support facilities.
“Fracturing is just part of shale gas production,” he said.
Aside from the technical challenges, Chen Qun, a professor at the school of water resources and hydropower at Sichuan University in Chengdu, said that scientists and politicians would have to consider the potentially devastating environmental damage that the new technology could cause.
While large shale gas reserves have been identified at seven sites across China, half of them are in Sichuan, a region of southwest China that is notorious for its deadly earthquake and landslides.
A magnitude 8 quake there in May 2008 left 87,000 people dead, 370,000 injured and 5 million homeless.
Chen said that while the shock waves produced by Zhang’s device would be relatively localised, if the technology was applied at multiple sites it could change the underlying geophysics of the region and put man-made infrastructure, like buildings and dams, at risk. One of the largest shale gas deposits to be found in recent years is located near the city of Yichang, which is home to the Three Gorges Dam that spans the Yangtze River and is the world’s largest power station in terms of installed capacity.
A study by Stanford University in 2017 linked thousands of small tremors in the southern US state of Arkansas to shale gas production, and warned they might be early indicators of much bigger quakes to come.

Shi Lei, an associate professor with the school of environment at Tsinghua University, said that while increased shale gas production would be good for China’s economy and its energy supply chain, a possible downside was that it would lead to lower fossil fuel prices and thus hamper the development of renewable energy sources.
Moreover, whatever technological breakthroughs it made on shale gas extraction, China still had some way to go if it wanted to challenge the global order, Shi said.
“The US is the world leader on energy … and China can’t change that.”
His comments will be music to the ears of US President Donald Trump who has demanded China buy more American shale gas as a way to reduce its massive trade surplus.
Posted by Conan Doyle at 2:41 PM