'I am not racist': Wang blames volunteers for WeChat post, remains undecided on political future


'I am not racist': Wang blames volunteers for WeChat post, remains undecided on political future

The former Liberal party candidate in the Burnaby South byelection says she hasn’t made up her mind if she’ll run as an independent after her party asked her to resign following a racist comment made on social media.
Local daycare owner Karen Wang stepped out of the race after drawing criticism for making a social media post on a Chinese app in which she contrasted her ethnic background to NDP leader Jagmeet Singh, who’s also running in the byelection. On Thursday, however, Wang tried to rescind her resignation and asked the Liberals to accept her as a candidate once more. That request was denied.
“The Liberal Party has accepted her resignation as a candidate and she will not represent the Liberal Party in the Burnaby South by-election,” Liberal spokesperson Braeden Caley said in a statement.
On Thursday afternoon, Wang held a press conference outside the Bob Prittie branch of the Burnaby Public Library to address her political future. She said she had accepted the Liberals' decision to reject her.
When asked what Wang planned to do now that the federal Liberal party had cut ties with her, she told reporters she was undecided.

Replying to @KelvinGawley
Wang says it was the party who pushed her to resign and she didn’t write the statement but approved it. 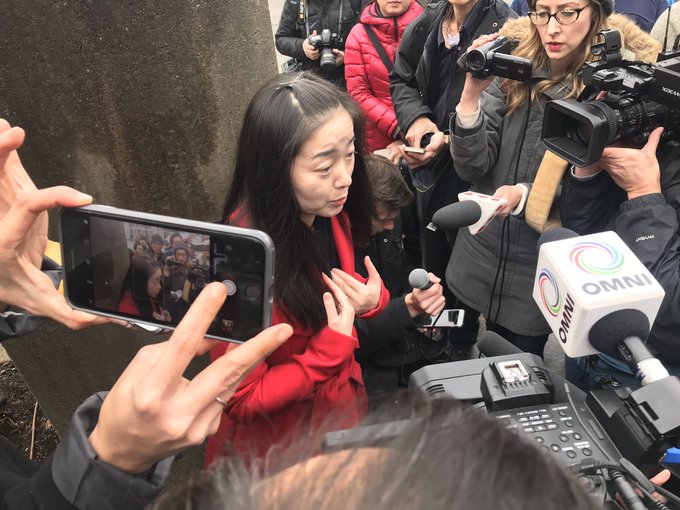 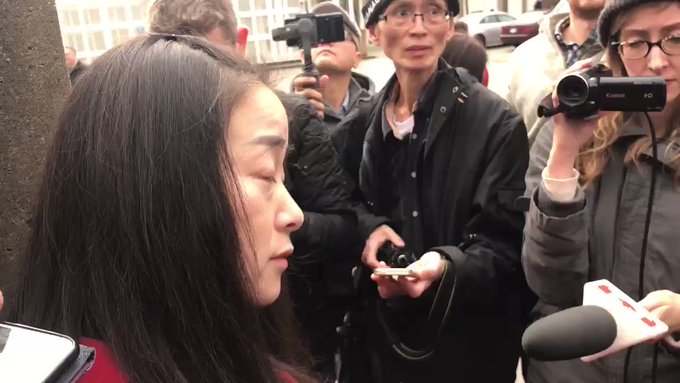 
“It doesn’t matter if I have a political career or not. This is not my consideration at all. This is not my first priority at all. I always think that giving back to the community and contribute to the society you have lots of ways to fulfill your dream, and now I have already filled my Canadian dreams step by step. I have successful business, I have family,” she said.
Earlier in the day, Singh told the NOW he would accept Wang as an independent candidate, if she chose to run again.
"It's her decision to run," he said. "There's a democratic process for that and everyone is welcome to follow the steps to become a candidate or independent."Wang added she was thankful for the opportunities in Canada and wanted to run in Burnaby South as a way to show her appreciation for all she’s received.
But now without a party to run for, Wang is considering whether to run as an independent in the riding. She said she’ll talk it over with her supporters and family to see if it’s the right thing to do for herself .
Wang blamed campaign volunteers for the WeChat post, that she didnt write it.
"I have been labeled as a racist, which really, really makes me hurt," she said. "This is not me at all. I am not racist."
Wang also responded to a claim from Conservative MP Michelle Rempel, who said the Conservative party had rejected Wang as a candidate before her Liberal run.
“The Conservative Party of Canada said no to this candidate over a year ago,” Rempel said. “There was a reason for that back then.”
“My understanding is that there were some discussions with this particular individual and the party decided for reasons regarding her judgment, that became clear today, to not allow her to run for us,” Rempel said.
But Wang said that account was  a lie. She confirmed that she had been in talks with the Conservatives to run in either Burnaby North–Seymour or Burnaby South in the 2019 general election, but said she turned them down, not the other way around.
Who rejected who we wonder? Wang said. ... "I strongly believe in the federal Liberals."