Year of 'Trump Dog' in China

Year Of Trump Dog In China

According to the lunar-solar Chinese calendar, the dog is the zodiac animal of 2018. In a twist of fate Donald Trump was born in 1946 in the Year of the Dog and China couldn’t help but make a marketing campaign out of it.
China has unveiled a giant dog statue depicting US President Donald Trump’s iconic hairdo and his most recognizable gesture during debates – an index finger pointed upwards. The dog is wearing a red collar reminiscent of Trump’s ties.
The statue, surrounded by white Christmas trees, was installed outside a shopping mall in downtown Taiyuan, Shanxi province, of northern China. 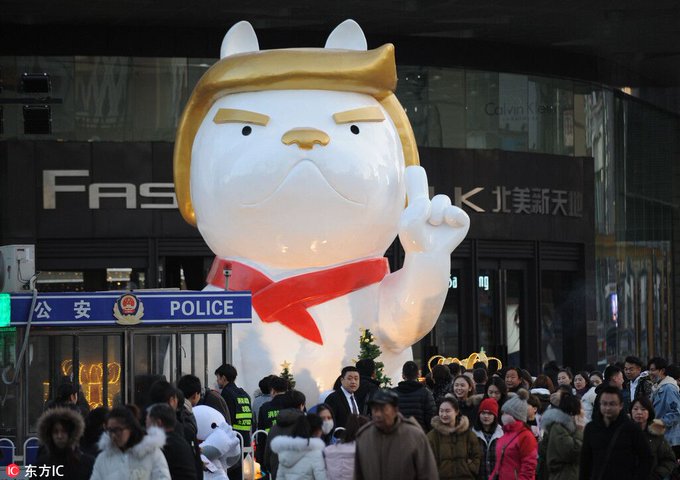 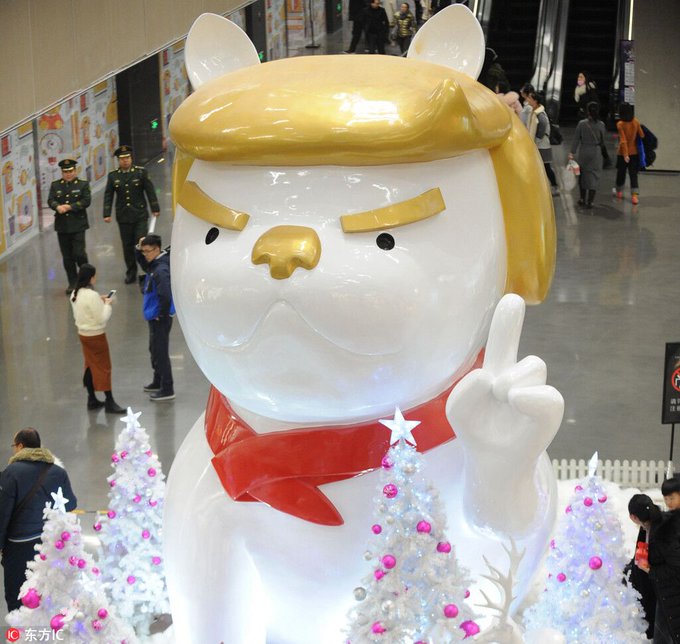 People's Daily,China
✔@PDChina
Welcome the #TrumpDog: A giant dog figure sporting Trump's hairdo and gesture is seen outside a shopping mall in downtown Taiyuan, capital of Shanxi Province, heralding the upcoming Year of the Dog. US President Trump was born in 1946 in the Year of the Dog.

It seems that the Chinese have found Donald Trump inspiring, as last year they made an egg-shaped sculpture bearing an uncanny resemblance to Trump, depicting his signature hairstyle, gesture and facial expression to herald the Year of the Rooster. While Trump is being honored by Chinese entrepreneurs, his predecessors were not depicted as zodiac animals in the country.

It's "Year of the Rooster" in China. Did they come up with Trump-inspired rooster? #Hugely! #YesWeDid #RiseUp Video: 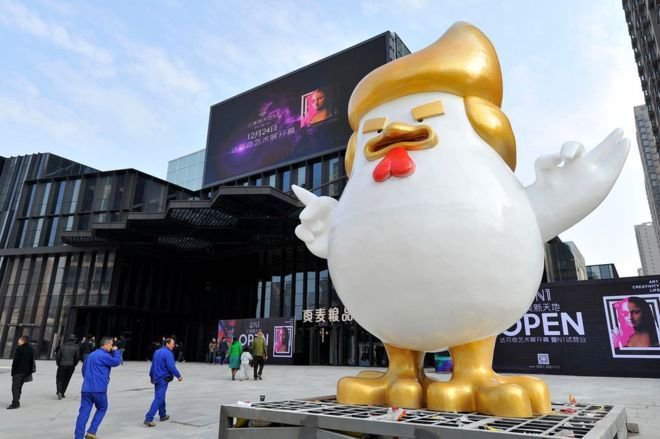