Makers of Chinese made Christmas crap

This Chinese Town Manufactures Almost Everything ‘Made in China’

Yiwu is a city located 350 kilometers west of Shanghai. It has a population of 1.5 million inhabitants. Despite being a small town according to the Chinese norm, Yiwu is the place where the retailers from all over the world go to refuel. It is the starting point of 80 percent of Christmas decorations and 60 percent of children's toys.
These are items that you can find around the world: the toothpicks and tennis rackets, candles that play happy birthday, fresheners for cars, dolls, African sculptures, and more. The city is dominated by a series of covered markets, each about the size of a stadium, occupied by thousands of stalls. Many of them sell the same merchandise. The city authorities claim that there are 50,000 stalls selling more than 300,000 kinds of products. Whole shops are dedicated to the sale of pacifiers for children, Halloween witches, purses, etc.. A whole market is dedicated to socks, since the town packs 3 billion pairs a year.
Permanently residing in the city are about 8,000 foreign buyers who scour relentlessly in search of products to be shipped. There are so many Middle-Eastern buyers that an Arab neighbourhood was formed. Santa Claus comes here to buy gifts. In 2016, there was a railway line constructed linking Madrid with Yiwu. The railway is about 10,000 km long, 741 km more than the Trans-Siberian, and is a 21-day commute. Below are images of some of the covered markets and the products they churn out every day. 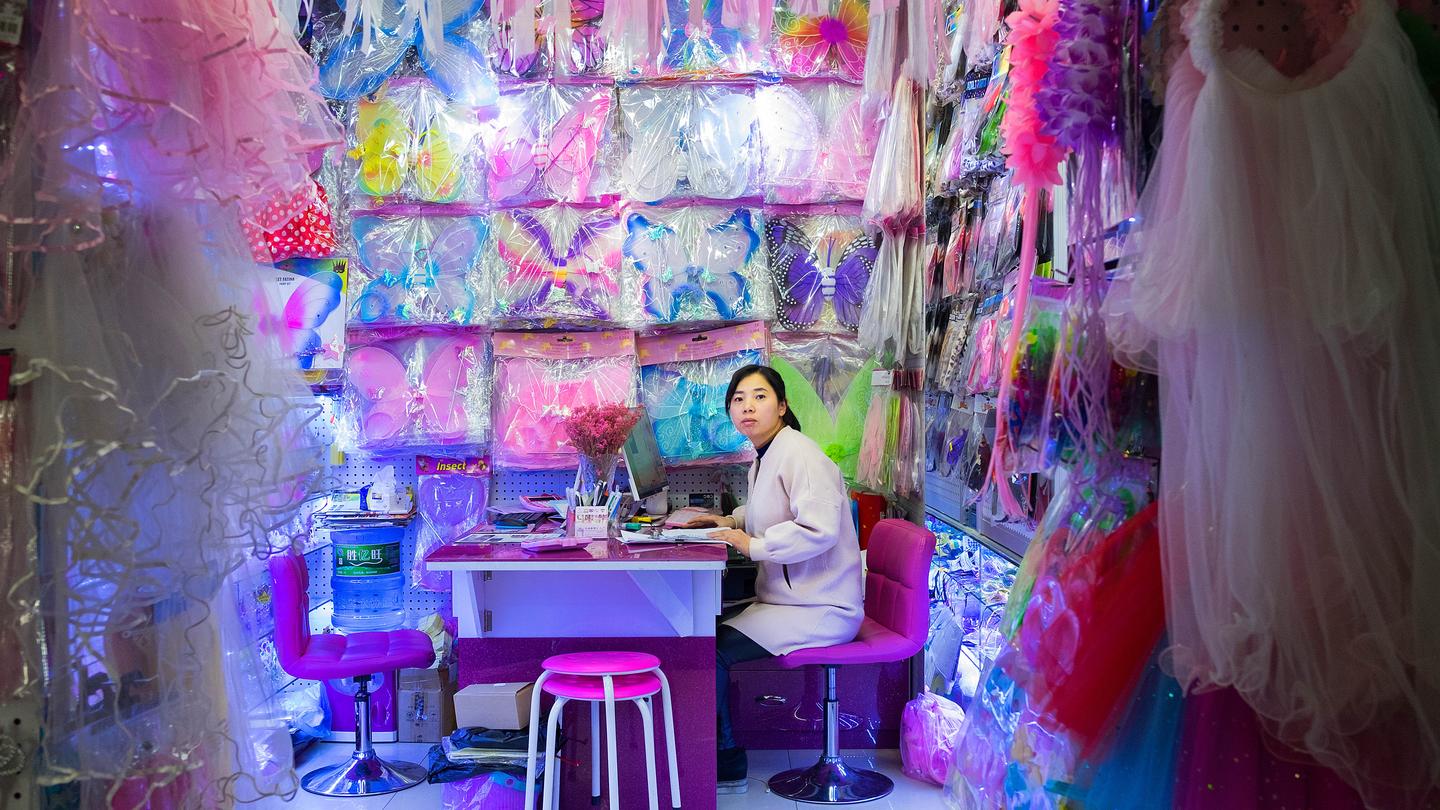 
An exhibition store of toy guns.


Stand for wholesale kites at the Market Trade Center.


Skyline of the new offices


Accommodations for workers in a toy factory. Yiwu


A young worker out illegal gambling in Yiwu, China.


Worker in a factory for stuffed animals. Yiwu city, China.


Wholesale dealer of headwear for Muslim women at the Market Trade Center in the Clothes District of Yiwu, China.


Worker in a Santa Claus Hat factory. He Tian, province.