Trans Mountain Pipeline Expansion Given Go Ahead Against Burnaby's NO!!! [ China gets their oil/Trudeau's Input?]

China gets their oil, regardless of
[Canadians concerns for safety and native rights] 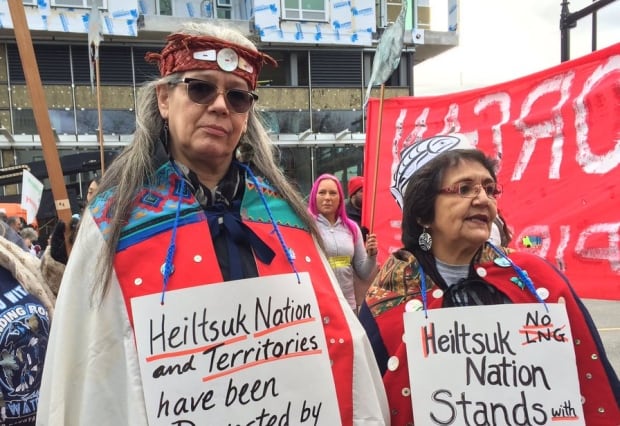 The National Energy Board issued an order Thursday saying Kinder Morgan Canada's Trans Mountain pipeline expansion is exempt from having to comply with two sections of bylaws in Burnaby, B.C., that were standing in the way of the $7.4-billion project.
The NEB order, which comes three days after the regulator heard the case in Calgary, says the company is not required to comply with two sections of the city's bylaws — which required the company to get preliminary plan approvals and tree-cutting permits — as it prepares to begin construction in the area.
Kinder Morgan had filed a motion to have the NEB overrule the bylaws on a constitutional basis, because it claimed Burnaby was delaying a project approved by the federal government.
The company told the NEB it has been frustrated at the lack of firm timelines, guidance and structure in the local process as it tries to secure permits for actions like tree removal and fence installation ahead of construction of oil storage and loading facilities in Burnaby.
Burnaby had countered that it was following the standard bylaws process and blamed the company for shoddy applications.

"We are pleased with the decision we have received from the NEB today, as it reinforces our view this federally approved Project is in the national interest," Ian Anderson, president of Kinder Morgan Canada, told the CBC in a statement Thursday.
"We await the NEB's decision on our second motion requesting the establishment of a generic process."
At the hearing earlier in the week, the company's lawyer argued that Burnaby Mayor Derek Corrigan's strong and vocal opposition to the project had created an atmosphere of opposition, even if the mayor had not specifically interfered in the process.

​On Thursday, the mayor said he was disappointed by the NEB order.
"It is apparent that for the most part, [the NEB] rubber-stamp what Kinder Morgan wants, so it doesn't surprise me at the end of the day," Mayor Derek Corrigan said.
"It's frustrating because we were dealing with them in good faith. We were proceeding through the processes and the requirements that the city has to protect our local environment and our ecology and the process within the city." 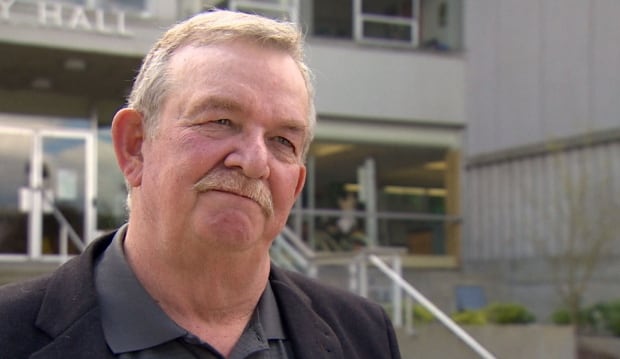 Burnaby mayor Derek Corrigan says the city is still in the federal court of appeal trying to get the federal decision overturned. (Simon Charland/CBC)
Word of the ruling was good news to Alberta Premier Rachel Notley, who called the decision a "good step forward."
"We're excited to see that it probably means the NEB has accepted our argument that this is a project that's in the national interest. As a result, we can't have individuals jurisdictions interfering on it," Notley said Thursday at the Alberta Legislature.
The NEB says its decision allows the company to start work at its temporary infrastructure site near the Westridge Marine Terminal, and some work at the Burnaby Terminal, subject to any other permits or authorizations that may be required.


Kinder Morgan Canada had said the pipeline expansion was already months behind and further delays could threaten the viability of the controversial project.
Posted by Conan Doyle at 6:21 PM