'India Will Not Spare Anyone': Indian Defence Minister Sends Veiled Warnings to China, US

'India Will Not Spare Anyone': Indian Defence Minister Sends Veiled Warnings to China, US India-US ties are under tremendous strain at the moment, with the Joe Biden administration not happy with the South Asian nation's stance on the Russia-Ukraine conflict. Delhi also has a complicated relationship with China due to a longstanding border dispute.

"India has never adopted this kind of diplomacy. India will never opt for this (kind of diplomacy). We don't believe in the zero-sum game in international relationships", he said.

Indian Defence Minister Rajnath Singh has delivered a strong message to the United States amid tensions between New Delhi and Washington.      Rajnath's remarks come amid US pressure on India over Prime Minister Narendra Modi's position on Russia's special military operation in Ukraine. 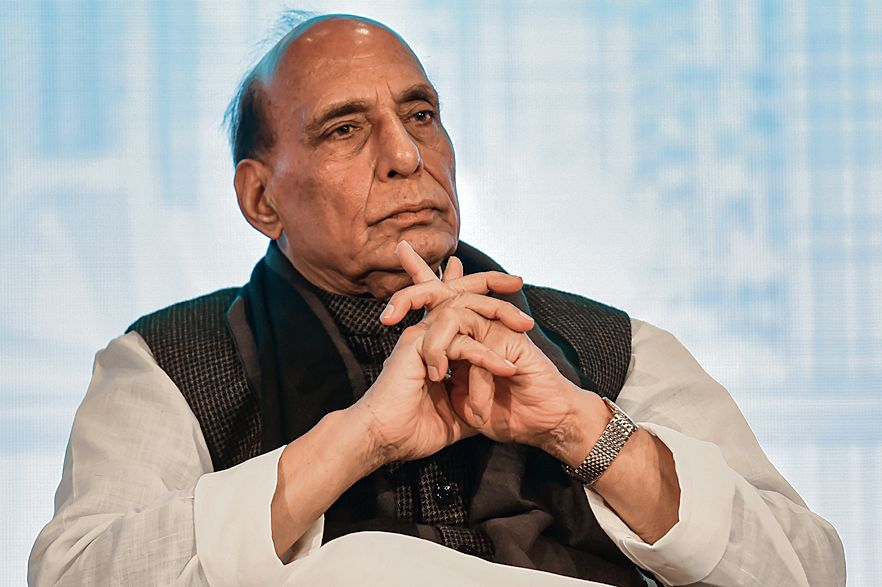 Despite growing pressure from Washington, Delhi has maintained a neutral stance on the matter, having abstained from every UN vote since Russia launched its operation in Ukraine on 24 February.
What's more, India has purchased discounted oil from Russia, stressing that it's putting the country's national interests and energy security first, this ignoring a US-led sanctions campaign against Moscow. India and Russia are also exploring ways to find an alternative payment mechanism to SWIFT where they would be able to do trade in their own currencies, the rupee and ruble respectively.
In March, US President Joe Biden described New Delhi's response to the Russian military operation as "shaky".

'A Bully': Biden Slammed in India for Telling Modi That Buying Russian Oil Not in Delhi's 'Interest'
This was followed by US Deputy National Security Adviser (NSA) for International Economic Cooperation Daleep Singh warning India of "consequences" if Delhi were to deepen its commercial ties with Moscow.
Aside from sending a veiled message to the United States, the Indian defence minister apparently issued a stark warning to China, too.
Without naming China directly, Rajnath said that no country could think about hurting India anymore as its soldiers were giving a fitting response to any incursions at the border.

"I cannot say openly what they (Indian soldiers) did and what decisions we (the government) took. But I can definitely say that a message has gone that India will not spare anyone, if India is harmed", he added.

The military stand-off between India and China began in May 2020 after troops of both countries had skirmishes on the border in Ladakh's Pangong lake area. But the actual escalation in the face-off took place in June, when the two sides engaged in violent clashes that left 20 Indian soldiers and four Chinese troops killed.
The two countries have had 15 rounds of negotiations to end the stalemate in Ladakh. While disengagement was accomplished in certain border areas, they are yet to resolve the matter completely.
Rajnath was on an official visit to the United States where he attended the 2+2 ministerial dialogue, featuring the foreign and defence ministers of the two countries in Washington. He was accompanied by India's Minister of External Affairs Subrahmanyam Jaishankar during the trip.
Posted by Conan Doyle at 2:48 PM