The Guns of August: UK Professor predicts the US-China flash point of the 2020s

The Guns of August: UK Professor predicts the US-China flash point of the 2020s 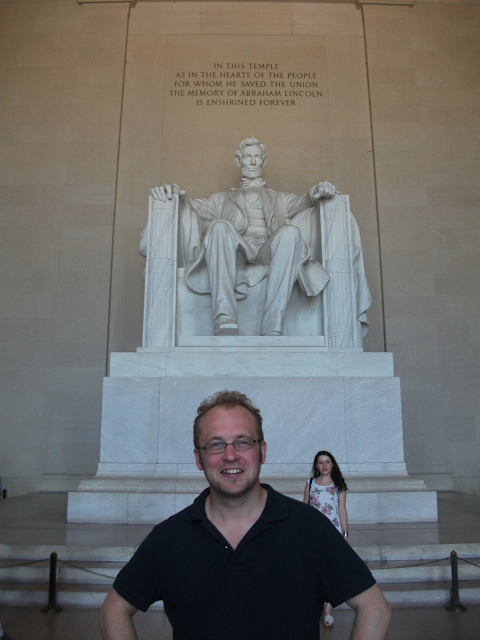 In the lead up to the First World War, game theory dictated that all parties would act rationally – they didn’t. In an echo of history, Patrick Porter, a professor of international security at the University of Birmingham, has penned an interesting prediction for the 2020s and a clash between the US and China.

At the height of the Cold War, historian Barbara Tuchman penned an insightful prelude to the outbreak of the First World War – The Guns of August catalogued the relationships between the Entente and Central Powers, which would eventually lead to the Great War and the role of alliances and game theory in one of history's greatest miscalculations.

Game theory states that all state-based actors within the international relations context will behave in a rational manner, serving the best interests of their respective nations – meaning war should be unlikely, if not inconceivable, particularly between trading partners – something we know isn't true.

While much of the debate in recent months has focused on the growing similarities of the world's currently changing geo-strategic, economic and political paradigm and the years immediately preceding the First and Second World War – despite the rising competition between the US and China having similar echoes, it is vastly different.

The key factor making any potential conflagration between the US and China is not the tried and true method of roping in allies or the concept of potentially devastating 'total war' between two superpowers, it is nuclear weapons.

Serving as an echo of this premise, the combination of alliance networks, interdependent economies and the horrors of total war, professor of international security Patrick Porter at the University of Birmingham recently penned an insightful, yet equally concerning article titled 'Looking back: WWIII remembered' .

Porter's 'role play' articulates the high-level conversations – and the attempts by both sides to 'rationally' predict the next-steps by both sides of the Pacific following an increasingly assertive China's attempts to forcibly annex the "breakaway province" of Taiwan through the implementation of a comprehensive blockade to starve the island's population into capitulation.

"It began with a struggle in Asia as China pursued its 'dream' of greatness. Its economy kept growing. It built up its military forces. It threw around its weight — coercing neighbours, crushing protesters and minorities, bribing politicians, stealing intellectual property, seizing contested reefs and atolls," Porter states.

"It declared its overlordship of the 'three seas' — South, East and Yellow. Unsure where it was headed, countries hedged between the old superpower and the new."

In contrast, Porter focuses on the relative decline, war-wary and increasingly divided US and, more broadly, its web of Indo-Pacific allies including Japan, South Korea and Australia, each of whom have interests in maintaining the post-Second World War economic, political and strategic order led by what many globally and increasingly domestically consider a declining US:

"America, the weary titan, grew scared of China’s rise and the defection of allies. It buckled under the costs of debt, guns and butter, and increased domestic strife. It tried to turn the tide," Porter articulates, setting the scene.

"It started decoupling its economy. It progressively enlarged its naval, air and cyber forces, increasing American garrisons across Asia, launching ever-larger 'freedom of navigation' operations. It declared a 'league of democracies' against the world’s dictatorships. In the contest for opinion, Washington claimed 'moral leadership' with a 'no first use' nuclear policy."

Porter's core premise for Australia to take particular note of is the growing limitation of the US and its power to intervene on behalf of allies, despite best intentions, after all, the road to hell is paved with good intentions.

At the risk of sounding like a broken record, the growing consensus is becoming not a matter of if, but when will Australia decide to reclaim the initiative regarding it's own strategic independence – balancing the alliances and friendships that have served us well since the Second World War, while expanding our sovereign capacity.

For the first time since the introduction of the Defence of Australia doctrine, growing consensus is developing among Australia’s strategic community in response to the growing power of China, that Australia needs to rethink its approach to politics, diplomacy and defence on the matter.

This has been perfectly encapsulated by ASPI senior analyst Dr Malcolm Davis, who told Defence Connect:

"We need to burden share to a much greater degree than before, and accept that we can no longer base our defence planning on the assumption that in a major military crisis or a period leading up to a future war, the US will automatically be there for us.

"In fact, if we want to avoid that major military crisis, we have to do more than adopt a purely defensive/denial posture, and be postured well forward to counterbalance a rising China or to be able to assist the US and other key allies, notably Japan, to respond to challenges. We can’t be free-riders."

"Our existing naval and air ­assets may not be able to defend the country’s sea lines of communication — the primary maritime routes used by military and trade vessels — or fight a hostile foreign power." 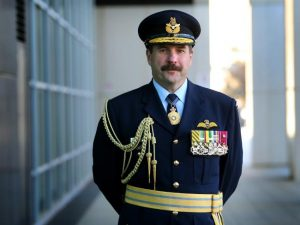 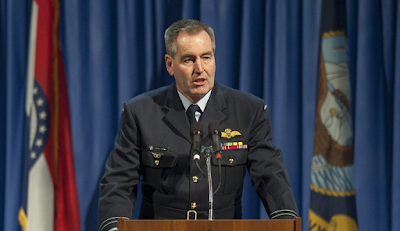 Additionally, Dr Andrew Davies of the Australian Strategic Policy Institute has called for Australia's policy makers to recognise the limitations of the US in an increasingly contested, multi-polar world, echoing the sentiments of Kevin Rudd. 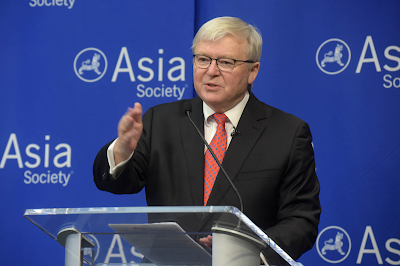 Dr Davies articulated this in a recent piece for ASPI, saying, "The assumption of continued US primacy that permeated DWP 2016 looked heroic at the time. It seems almost foolishly misplaced now."

Calls for a more 'mature approach' to the Australia-China relationship

Former prime minister Kevin Rudd has drawn both praise in condemnation in recent weeks calling for the nation to take on what he calls a "mature approach" to the China-Australia relationship with a focus on tipping the bilateral relationship and Australia's capacity to influence the direction in Australia's favour.

"Australia needs a more mature approach to managing the complexity of the relationship than having politicians out-competing one another on who can sound the most hairy-chested on China," Rudd explained.

Rudd's focus on this 'mature conversation' includes growing Australia's population to serve as both an increase in the economic potential of the nation and as a strategic deterrent to potential future aggression by an increasingly assertive and often recalcitrant Chinese regime with its own economic, political and strategic ambitions for the Indo-Pacific.

This is best summarised by what Rudd describes as "a big and sustainable Australia of the type I advocated while I was in office".

"Only a country with a population of 50 million later this century would begin to have the capacity to fund the military, security and intelligence assets necessary to defend our territorial integrity and political sovereignty long term. This is not politically correct. But it’s yet another uncomfortable truth," he added.

While the population point is an important component of Rudd's thesis, his focus on a mature debate also calls for the nation to shake it's economic dependence on China, looking more broadly to other potential partners in the region, Europe and Africa as a means of limiting the potential for foreign influence.

"We have become too China-dependent. We need to diversify further to Japan, India, Indonesia, Europe and Africa – the next continent with a rising middle class with more than a billion consumers. We must equally diversify our economy itself," Rudd explained.

Rudd encapsulates and distills the premise of each of the aforementioned experts, saying, "Australia must also look to mid-century when we may increasingly have to stand to our own two feet, with or without the support of a major external ally.

Australia's position and responsibilities in the Indo-Pacific region will depend on the nation's ability to sustain itself economically, strategically and politically.

Despite the nation's virtually unrivalled wealth of natural resources, agricultural and industrial potential, there is a lack of a cohesive national security strategy integrating the development of individual, yet complementary public policy strategies to support a more robust Australian role in the region.

Enhancing Australia’s capacity to act as an independent power, incorporating great power-style strategic economic, diplomatic and military capability, serves as a powerful symbol of Australia’s sovereignty and evolving responsibilities in supporting and enhancing the security and prosperity of Indo-Pacific Asia.

Shifting the public discussion away from the default Australian position of "it is all a little too difficult, so let’s not bother" will provide unprecedented economic, diplomatic, political and strategic opportunities for the nation.

"If we observe that the level of debate among our leaders is characterised by mud-slinging, obfuscation and the deliberate misrepresentation of the views of others, why would the community behave differently ... Our failure to do so will leave a very damaging legacy for future generations," he said. 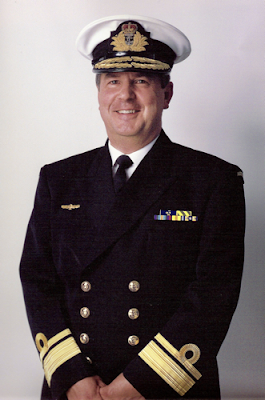