China Stirs Trouble With Plan to Hike Retirement Age From 60

China Stirs Trouble With Plan to Hike Retirement Age From 60 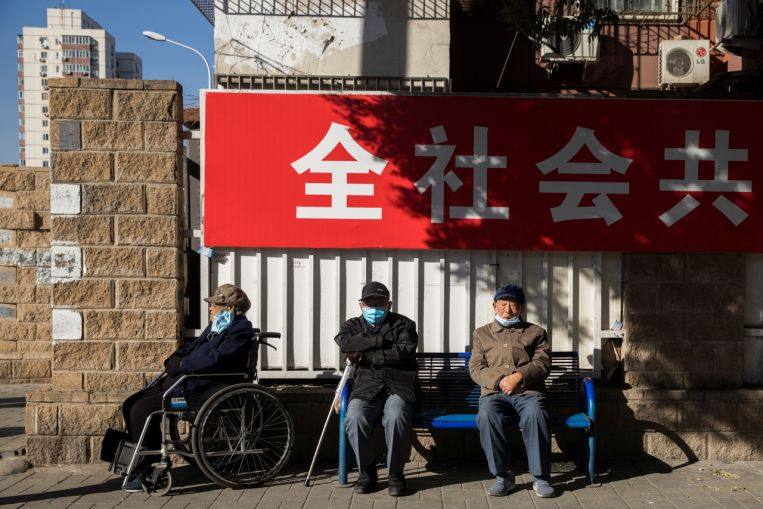 Monday, 30 November 2020
China is making a new push to raise one of the world’s lowest retirement ages as it tries to cope with a rapidly aging population, a move that’s already fueling public discontent and will test the Communist Party’s ability to implement reforms.

The ruling party alluded to the change earlier this month when it released an outline of its five-year economic plan, which included a recommendation to “implement postponing the retirement age.” Specific measures in the plan are due to be unveiled in March.

China’s retirement age has remained unchanged for more than four decades at 60 for men and 55 for female white-collar workers, even as life-expectancy has risen. In places like Japan and Taiwan, most men and women can retire and start drawing a pension at 65. The global average was 62.7 years for men and 61.3 years for women, according to an analysis of 70 countries by insurer Allianz SE.

The Communist Party’s statement produced a fierce backlash domestically, with tens of thousands of angry comments posted on Weibo, China’s equivalent of Twitter. Top among the complaints were from those closest to retiring, expressing anger over the prospect of delayed access to their pensions. Younger people argued that an increase in older workers would reduce their employment opportunities.

Even so, China is pushing ahead with the plans. “Delayed retirement is approaching,” the state-run China Business News said on its front page on Monday. It cited unnamed officials as saying that a “gradual and flexible approach,” had emerged as a consensus among policy makers.

Experts say raising the age at which workers are eligible for state-supported pensions is crucial for ensuring the sustainability of the retirement system. The Chinese Academy of Social Sciences, a government think-tank, estimated in a report last year that the main pension fund for urban workers will peak at 7 trillion yuan ($1 trillion) in 2027, before declining to zero by 2035. The balance in 2019 was 4.3 trillion yuan.

Raising the retirement age would also help China maintain economic growth, by slowing the rate at which the working-age population shrinks as a result of falling birth rates. Beijing estimates the number of people aged 60 or more will approach 487 million by 2050, compared with 254 million last year.

China experienced a baby boom in the early 1960s, resulting in more than 200 million people who will reach 60 in the next decade. As a result, China’s leaders will have no option but to increase the pension age during the next five-year plan that begins in 2021, said Wang Feng, a demographer at the University of California, Irvine.

“A massive number of people will reach this age during the next five years,” he said. “If they don’t act now that would impose a tremendous fiscal burden.”

China’s elderly dependence ratio, which compares the number of retired people to those in the workforce, will rise to nearly 33% by 2035, from about 17% this year, economist Cai Fang told reporters at a government briefing on Friday.

A public backlash derailed a previous proposal to increase the pension eligibility age in 2012. China’s Ministry of Human Resources and Social Security, which oversees pensions, included a recommendation for raising the retirement age during the current five-year plan period through 2020, but it wasn’t implemented.

While the ministry will be charged with developing detailed proposals for implementation, the Communist Party’s most senior leaders would need to sign off on retirement reform, Wang said. Officials are likely to implement reforms gradually in an attempt to reduce public discontent, such as by applying the changes to some professions or regions before others, he said.

Wang Xinmei, a pension economist at Zhejiang University, cited several other options that could be adopted as well.

“We can start from some easy steps, for example, allowing competent people who want to work more to work more years voluntarily,” she said. One proposal is to increase the age by a year each year, though that is “much too fast,” she said. “We could increase faster in the early stage then slowly in the later stage.”