Most Americans view China as the greatest threat to the US, says survey

Most Americans view China as the greatest threat to the US, says survey 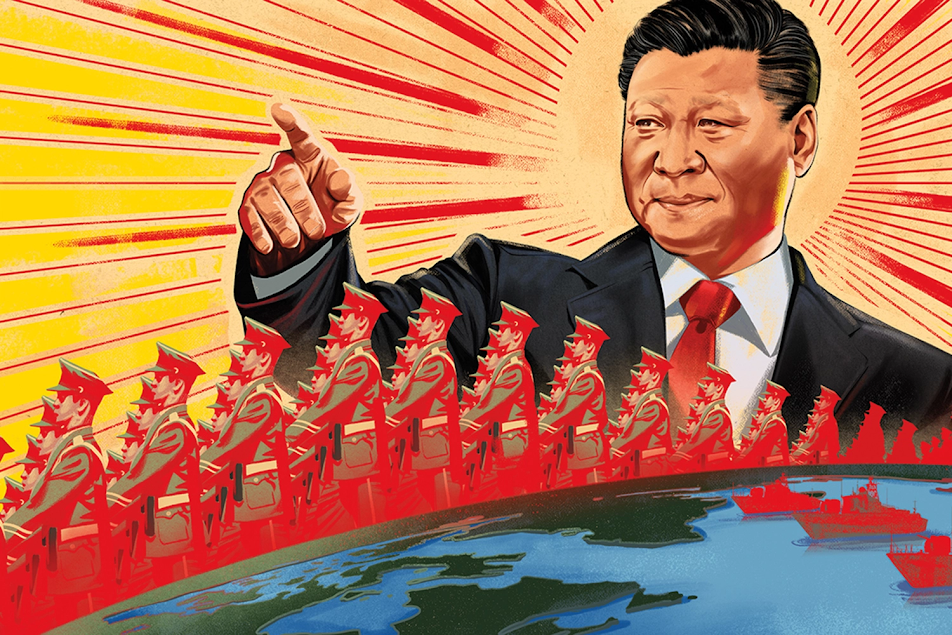 The majority of Americans view China as the greatest threat to the US, according to a survey of Asian, European and North American respondents by a prominent US think tank.

Four-fifths of national security and other experts in Asia, Europe and the US believe America would win a war right now with China, according to the poll of the American public and of Asian, European and American “thought leaders” – experts from business, academia, human rights and national security communities – released Tuesday by the Centre for Strategic and International Studies. (CSIS).

But that number fell to just over half when respondents were asked who would come out ahead a decade from now. China has been expanding its armed forces rapidly, although the US remains far ahead by most metrics.

The report, Mapping the Future of US China Policy, also found relatively broad-based support among thought leaders for banning
Huawei Technologies
from
5G
networks, even as many recommended staying selectively engaged with China and not following the Trump administration’s
“decoupling”
strategy.

“Americans and others around the world have given up on the idea that the goal should be to change China into a free-market economy,” said Scott Kennedy, Chinese business and economics chair at CSIS.

“In fact we want China to follow the spirit of the international system, including reciprocity. And folks don’t want China to continue to game the economic system to their advantage.”

The results of the survey suggested that 71 per cent of US thought leaders and 42 per cent of the American public believed the Trump administration’s reliance on threats, tariffs and other tools in response to China’s economic policies has damaged US interests.

Asked how best to counter China as a national security threat, four-fifths of US thought leaders, three quarters of overseas experts and 45 per cent of the American public said they believed that collaborating with other like-minded states was the best approach. This is at odds with US President Donald Trump’s distrust of multilateralism and preference for “America First” policies.
KNOWLEDGE
US-China Relations
Get the full picture

The poll, taken in August, surveyed 1,000 members of the US public and 440 thought leaders.

But the survey also highlights some of the disparity between thought leaders, who expressed strong support for multilateralism and alliances, and the more tepid response from the American public, said Jeff Moon, president of the China Moon Strategies consultancy, at a time of growing global populism and suspicion of globalisation. 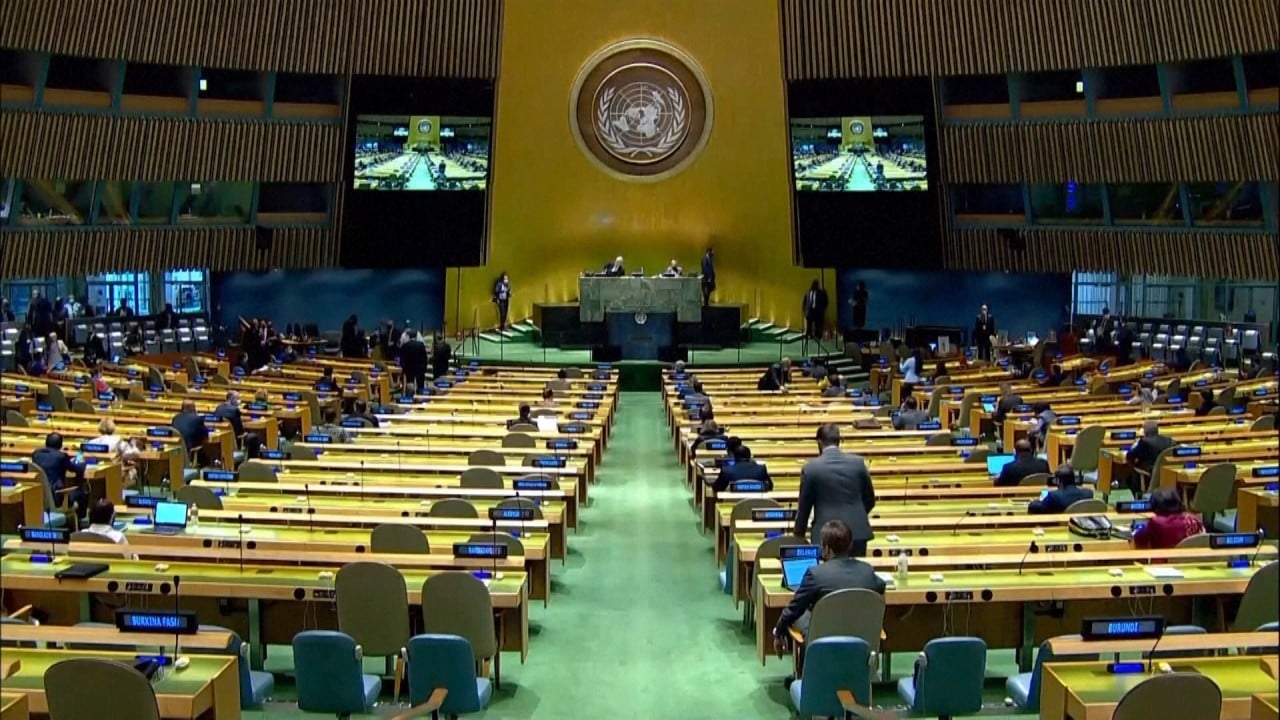 Also notable was the wariness some countries expressed toward Beijing even as they sought to remain publicly neutral, added Moon, a former National Security Council official.

“Implicit in that is the desire to avoid Chinese economic retaliation,” he said. “They’re happy for Americans to take on China, and willing to cheer in the background, but not willing to take responsibility.”

While the belief in a US military victory over China in any conflict was higher among Asians than Europeans, most saw limited risk of armed conflict. “Most Americans and thought leaders in the United States, Asia, and Europe think war with China is possible but not likely,” the report said.

The survey found strong support across the board for efforts to advance human rights in China, including 51 per cent among the business community, involving Hong Kong,
Xinjiang
and Chinese dissidents.

While the nationalistic policies of both Trump and President
Xi Jinping
have added to bilateral tensions, many economic and security problems have been festering for over a decade, analysts said.

“Where we are in the bilateral relationship is really drawing on deeper tectonic plates,” said Jude Blanchette, China studies chair with CSIS. “We’re seeing a more enduring rivalry and not one which will shift in administrations in the United States” or China, he added.

The survey showed relatively strong US public support for defending partners in the
South China Sea
, including
Taiwan
, from a Chinese threat. 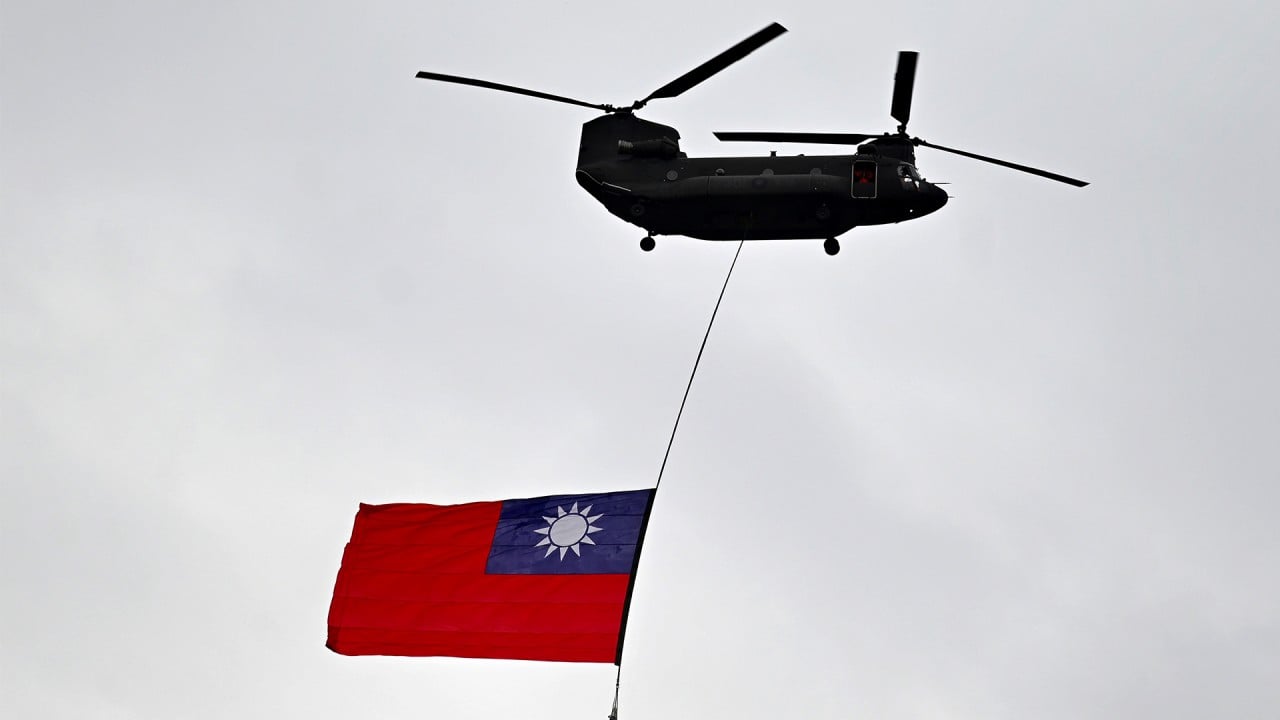 China threatens retaliation over US plans to supply Taiwan with arms

China threatens retaliation over US plans to supply Taiwan with arms

“This is a function of growing concern in the United States about China and the Chinese challenges” as well as increased US public support for Taiwan, said Bonnie Glaser, director of the CSIS China Power Project.

The Chinese embassy in Washington did not respond to a request for comment.

While the survey suggests broad US and overseas support for allies working together to counter China, making that happen could be a challenge. “Negotiating a coalitional approach will be extremely complicated,” said Rush Doshi, director of the Brookings China Strategy Initiative.

And if it turns out the US does not successfully work with allies, safeguard its intellectual property, innovate, protect its national security and engage with China – even as Beijing continues with its assertive policies – American policy could become increasingly extreme, analysts warned.

“It’s either going to be figuring out how to walk and chew gum at the same time or just going in a more, more hardline direction,” said Kennedy. “There are plenty of bills sitting on Capitol Hill and ideas waiting to be executed in the executive branch, upping pressure, not cooperation.” 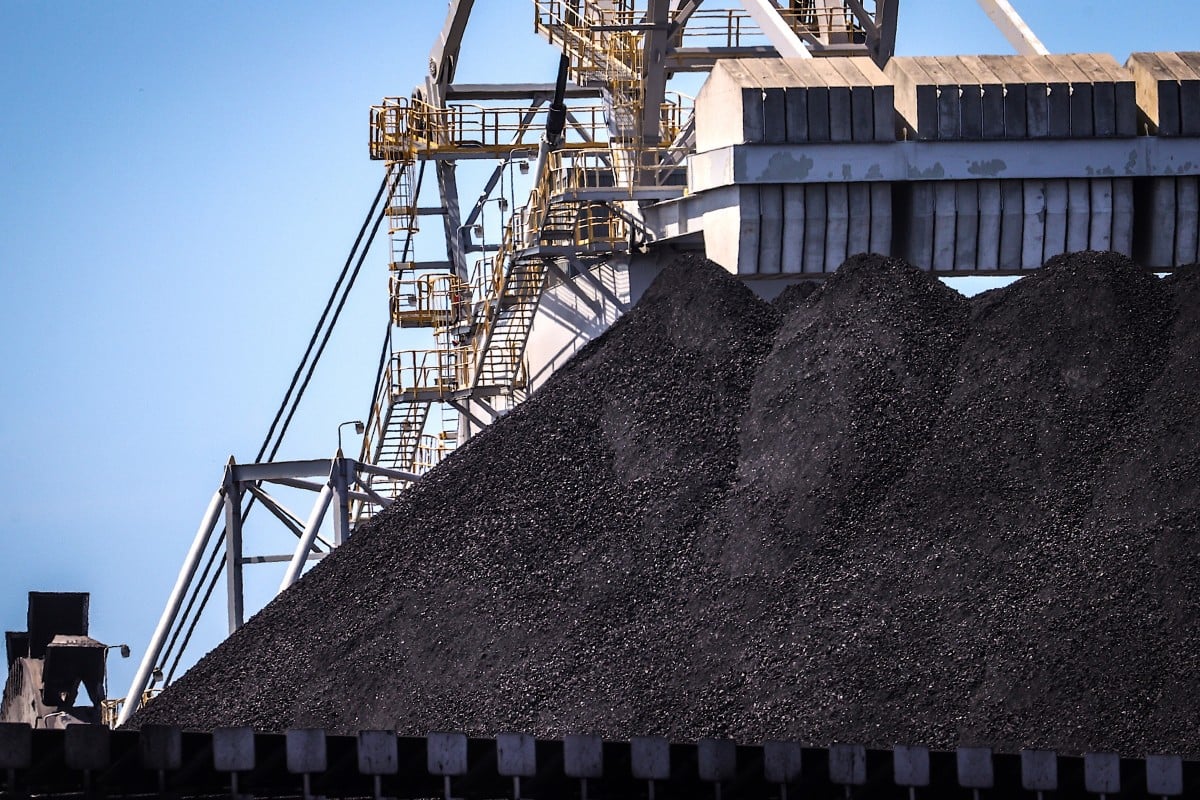 Canberra’s response to China’s ban on Australian coal exports has hinted at more conciliatory engagement with Beijing, but former diplomats and analysts said it was too early to tell if tensions have eased.

Chinese steel mills and state-owned utilities revealed at the weekend that Beijing had verbally ordered them to stop buying
Australian coking and thermal coal
, sparking concern about a new dispute in an increasingly testy diplomatic relationship.

Relations have nosedived since Canberra called in April for an investigation into the origins of the coronavirus without first consulting Beijing.

Australian trade minister Simon Birmingham and Prime Minister Scott Morrison have played down the ban, saying there was no evidence it was politically motivated and restrictions on coal shipments into China were common, particularly when steel mills and utilities have exhausted domestic quotas. 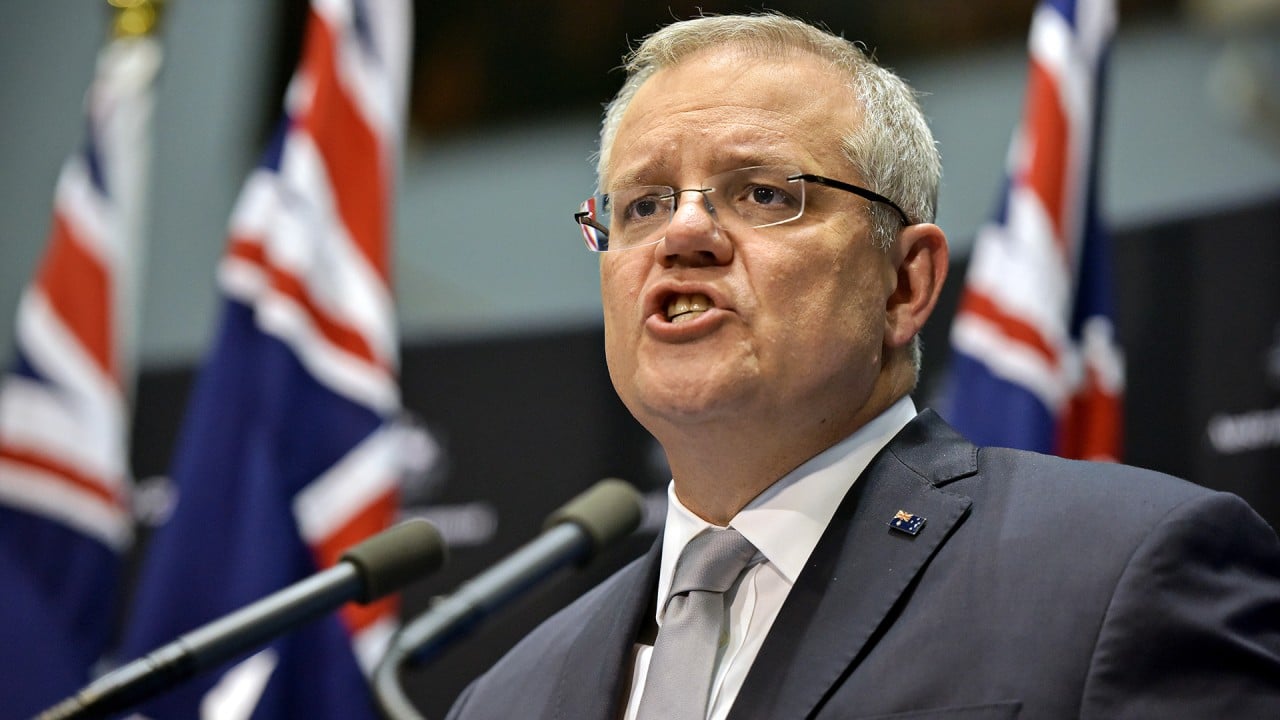 “We have concerns about a number of decisions that have been taken during the course of this year,” Birmingham said on Tuesday. “But China remains an important trading relationship, an important regional partner, and the Australian Government continues to believe that our produce across a range of different categories provides for a mutually beneficial trading relationship.”

“I think if you go back to the initial call about the Covid-19 investigations after Scott Morrison took a call with US President Donald Trump there is a difference,” he said.

“Birmingham sounded like a minister speaking to his own portfolio and using his own words … ministers have been known to robotically repeat the prime minister’s lines.”

Barratt said it seemed even Morrison, who has a tendency towards “swaggering pub guy talk”, was taking a cue from the more moderate trade minister.

The government had probably also realised the serious implications trade sanctions could have for Australia’s economy, which was in its
first recession
in 30 years, Barratt said.

“China is trying to manage several factors including an uncompetitive domestic industry, a domestic stockpile, supply quotas, as well as their recent pledge to be carbon neutral by 2060,” she said. “And unlike iron ore, there are several countries which China can import coal from, including Australia.”

Repair will take time. A lot of damage has been done with little benefit to AustraliaJohn Menadue

John Menadue, who served as secretary of Australia‘s Department of Prime Minister and Cabinet between 1974-76, said behind the scenes conversations with business leaders and former diplomats could be the reason for the “more encouraging” government response.

Two-way trade between the countries was worth about A$240 billion (US$172 billion) between July 2019 to June 2020, according to the Australian Bureau of Statistics. But publicly Australia’s business sector – the biggest beneficiary of relations with China – has said little about
issues between Canberra and Beijing
.

“Repair will take time. A lot of damage has been done with little benefit to Australia,” said Menadue, who served under prime ministers Gough Whitlam and Malcolm Fraser.

“It will be interesting to see how the Chinese respond, both in Beijing and in Canberra.”

Director of the Australia-China Relations Institute James Laurenceson was less convinced relations were about to turn a corner, saying Birmingham recycled the same words used when China imposed a coal ban last year.

ralia and China cooperation too valuable for 'nonsensical' decoupling

“Birmingham back then cautioned against getting ahead of ourselves,” Laurenceson said. “He notes there have been several decisions that have raised eyebrows, but he’s also said this before.

“I still don’t think the Australian government would be panicking.”

In the year to September, China’s imports from Australia were down by 6.3 per cent compared to a year earlier, but China’s overall imports were down by 14.8 per cent, according to Laurenceson.

“So while it may be the case that individual sectors are being subjected to punishment, the country as a whole isn’t – at least not yet,” he said.

Jocelyn Chey, Australia’s former consul-general to Hong Kong, said while she was surprised by the new tone, it was early days.

“I think China is using a lot of the carrot and stick approach but on the other hand I think it’s possible that both ministers’ statements were careful in keeping the door open,” she said.

Chey, who was one of the first Australian politicians involved in establishing diplomatic relations with China, was alarmed at the way relations had deteriorated.

“I am terribly concerned because this means years of work would have gone down the drain,” she said.