China’s push to dominate the field of artificial intelligence includes efforts to streamline bureaucracy and ease the burdens placed on officials, particularly in diplomacy. Soon, human diplomats the world over may find themselves face-to-face with the cold logic of an AI diplomat on China’s negotiation teams.
The Chinese Ministry of Foreign Affairs told SCMP it is exploring the use of artificial intelligence in diplomacy. "Cutting-edge technology, including big data and artificial intelligence, is causing profound changes to the way people work and live. The applications in many industries and sectors are increasing on a daily basis," a ministry spokesman said last month.

© AP PHOTO / XINHUA, ZHA CHUNMING, FILE
AI Power: China Designing Sub That Could 'Think for Itself' - Reports
"Artificial intelligence systems can use scientific and technological power to read and analyze data in a way that humans can't match," Dr. Feng Shuai, senior fellow with the Shanghai Institutes for International Studies, told the South China Morning Post for an article published Monday.
Humans, for example, are constantly beset by the interference of "hormones or glucose." A cooler-headed AI diplomat "would not even consider the moral factors that conflict with strategic goals," Feng explained.
According to Fu Jingying, an associate researcher with the Institute of Geographic Sciences and Natural Resources Research, Chinese Academy of Sciences in Beijing, an early version of the AI system developed by the institute is already being used by the country's Foreign Ministry. 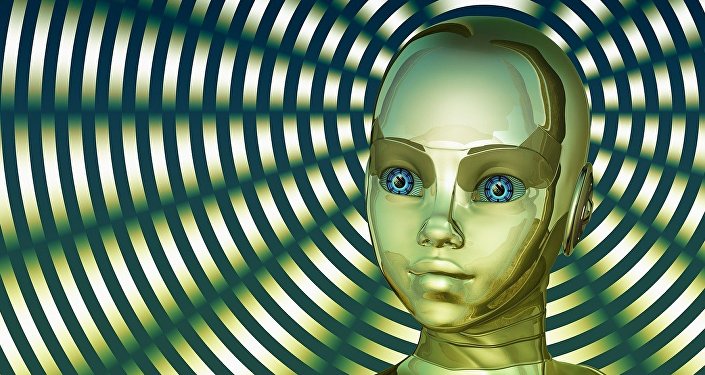 CC0
China Utilizes AI Technology to Prevent Crime
The system, a geopolitical environment simulation and prediction platform, has been used to evaluate "nearly all foreign investment projects" in the past few years, she told SCMP.
The system can't make decisions by itself, though; it only provides possible solutions. "The machine will never replace human diplomats. It only provides assistance," Fu said.
By drawing on a huge amount of data from Chinese government databases, the system applies deep learning and a neural network for risk assessment to analyze everything "from cocktail-party gossip to images taken by spy satellites," as SCMP's Stephen Chen put it, to provide human diplomats with a range of options for any given situation in which they may find themselves.
In other words, the system is basically a glorified extension of those AI systems that best human grandmasters at chess by exploring all possible options and choosing the mostly likely outcomes based on where the pieces are and what's been done before by players in similar situations.
"In the past, our job was done entirely by the brain, which has limits," said Zhang Lili of China's Foreign Affairs University. "AI can help us get more prepared for unexpected events. It can help find a scientific, rigorous solution within a short time."
Artificial intelligence forms a key part of China's strategic outlook, with the government aiming to overtake US dominance in the coming decade.
"The State Council paper laid out China's desire to be a hub of AI innovation by 2030, and these papers have teeth in terms of very strong local execution," Kai-Fu Lee, a key figure in the Chinese technology industry, told Wired for an April 2018 article.

© REUTERS / HYUNGWON KANG
Google Chairman: China Will ‘Dominate’ US in AI By 2030
The Chinese government and Chinese companies have applied AI to an enormous variety of fields in recent years, Sputnik has reported, from pig farming to sex doll manufacturing and shopping in clothing boutiques.
In an article earlier this month, the Globe Post compared China's approach to US dominance of AI to how the US approached early Soviet dominance of the Space Race, referring to China's centrally coordinated AI revolution as a "Sputnik moment."
"All the ministries are thinking about it — from the Ministry of Science and Technology to the Ministry of Education," Lee said.
But, Lee noted, the question today is really one of applying existing technology to new fields, rather than investing in new kinds of AI. "There are a huge number of engineering students who are ready to go into AI… A lot of people misunderstand AI as a brilliant scientist invents another AI algorithm for medicine, finance, loans, banking, autonomous vehicle, face recognition… But that is just not the way AI business is run. There is really one fundamental AI innovation — deep learning — and everybody else is tweaking it for the domains."

© PHOTO : PIXABAY
White House Silent as China Details Plans to Wrest AI Dominance from the US
Chinese tech giants Alibaba Group and Tencent are both conglomerates with holdings in many different fields, from clothing to internet products to banking, media and entertainment services, and have taken the lead in developing AI in the country. In conjunction with the Chinese government, they're building a rival to the US' Silicon Valley, hoping it will become a new hub for computer engineering and scientific talent and innovation, the Globe Post reported.
That will prove to be a key resource for Beijing's Foreign Ministry in the coming years, as it comes to lean increasingly hard on AI to help it compute the enormous demands of complex and sensitive negotiations such as the Belt and Road initiative, on which the Chinese government works with some 70 countries, SCMP noted. The government pours $900 billion a year into Belt and Road infrastructure investment, and having the cold, emotionless ally of machine learning to help diplomats refine their negotiations could prove a vital tool in forwarding Beijing's agenda